BGS: How to Sleep with a Greek (You Do it Very Carefully)

More Dexter, because you can’t get enough of a good thing. This one was originally published on August 10, 1998 back when Pete was a syndicated columnist. It is featured in Paper Trails, now out in paperback, and appears here with the author’s permission.

“How to Sleep with a Greek (You Do it Very Carefully)” 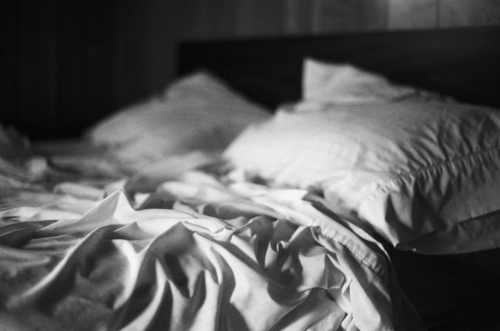 By nature, I am not a public person.

Writing a column like this one, however, there are times when it becomes necessary to discuss matters of a personal nature. You walk into the office once in a while and can’t come up with a single reason to pick on the district attorney, you’ve still got to write something.

There are limits, though, to how personal I will get – it’s a matter of good taste, really – and I do not violate them. I never talk about how much money I make, I never discuss my medical history except in the broadest terms, and I never discuss my first wife’s legs. These things are too distasteful to talk about with strangers.

On the other hand, I do feel that as readers, you are entitled to know what Mrs. Dexter is like in bed.

Which is what I am going to tell you about today.

The first thing you ought to know about Mrs. Dexter, I guess, is that she is of Greek extraction. These are the people, you may remember, who climbed into an artificial horse, waited until the Trojans pulled it inside their gates, and then, after the lights went out in town, crawled out and re-opened the gates for the entire Greek army, which conquered Troy.

Obviously, a people capable of this sort of thing – I mean, who would even think of something like that? – are light sleepers themselves, not easily surprised in their tents.

It is also fair to say, I think, that thousands of years after that one night squashed inside the horse, sitting on each other’s head, they are still fanatically defensive of their sleeping space. There is an old Greek saying, in fact, which pretty well spells this out: “Do not touch a sleeping Greek with thy toe, lest you forfeit thy leg and thy luck.”

Which means if you have any thought at all of getting lucky, do it before they go to sleep.

Now, my own heritage is not nearly as steeped in violence. I come from a peace-loving, straightforward, practical people who sleep very well. In fact, we are not unlike the people of Troy, now that I think about it, except, as I alluded to before, we have a certain innate sense of good taste, and would never bring the horse inside the city gates. At least not the one I saw in the movie.

We are also an affectionate people, who, on awakening in the night, like to reach for our loved ones and hold them close to our bosoms.

And so when one of us marries a Greek, and then wakes in the night – perhaps frightened, perhaps remembering the first wife’s legs – and reaches out in the dark for our loved one, what happens is that we are handed our lunch.

Here she is in the morning, staring horrified at a cut lip: “My God, what happened?”

The fact that this lip was cut by her own elbow or shoulder or – this is the one to watch out for – her head, is a source of a secret ethnic pride, although she will swear she has no memory of the assault.

But coming as I do from a peace-loving, straightforward, practical people, I do not try to change her. Instead, I adapt. When I awake and feel the need for something to hold close to my bosom, I reach for my second-string pillow. Soft and cool, it does not jump up unexpectedly into my chin at small noises, and no matter how close you get to it, you never hear that faint whistle of air passing through a nostril.

And the truth is, it fits better.

All in all, a hell of a pillow.

But life is more complicated than that. Greek women, it turns out, always know when their men are in bed with their arms around another, and at 3 in the morning, she is suddenly staring at me in the dark.

“What are you doing with that pillow?” she says.

“What pillow?” I ask. As a people, we are not great liars.

“You’re hugging a pillow,” she says softly. “Why don’t you just hug me?”

“I didn’t want to wake you up,” I said. I toss the pillow back onto the floor, and she slides across the bed, and takes its place. Warm, soft, lithe; smelling like strawberry shampoo.

She whispers, “I love you too ”

“I was talking to the pillow.”

There is a long, satisfying pause, but the Greeks are very tricky.

Tags:  how to sleep with a greek  paper trails  pete dexter