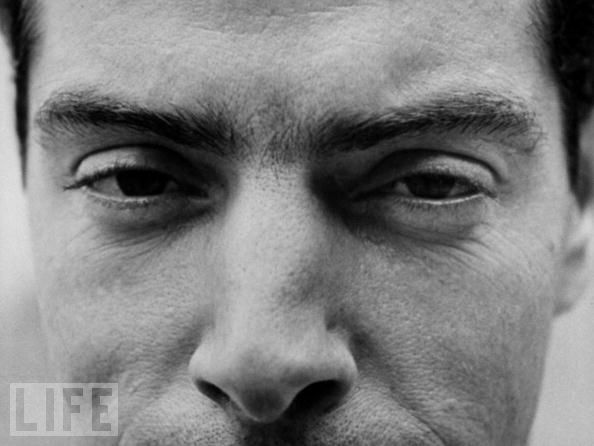 One can only suppose how Stanley Kubrick might have filmed the life story of Joe DiMaggio. How might the disparate life visions of these two Bronx icons who last week died barely hours apart have meshed on the silver screen? For one thing, Kubrick, who liked biographies of the outsize (he made Spartacus, wanted to make Napoleon), would almost certainly have used idiosyncratic, Max Ophlus-like moving-camera shots to depict those two nifty backhand stabs utilized by Ken Keltner to stop Joltin’ Joe’s famous streak in 1941. As for the Yankee Clipper’s well-documented weekly ritual of sending a bouquet of roses to Marilyn Monroe’s grave site for twenty years, one can only guess at how Kubrick’s mordant comic spirit might have handled that. After all, Kubrick, horny boy of the Bronx, was never noted for love scenes, requited or not, even if Shelly Winters did keep the ashes of her beloved husband on her beside table in Lolita.

Joe D, a film by Stanley Kubrick — it might not be Dr. Strangelove, but ya gotta love it. Could have happened, too, since as a boy-wonder Bronx still photographer in the midst of cranking out a 70 average at Taft High School and haunting movie palaces like the Loews Paradise and the RKO Fordham, Kubrick rarely missed an opportunity to spend a sunny Saturday afternoon at Yankee Stadium, where he saw the peerless Clipper patrol the center-field greenery in all his Apollonian glory. The stuff of dreams, no doubt. While never fulfilling his primary ambition of playing second base for the Bronx Bombers, once Kubrick began working as an assignment photographer for Look magazine, he often returned to the Big Ballpark. Indeed, in the May 9, 1952, issue of Look, there is a photo of Joe DiMaggio taken by Stanley Kubrick.

As for the movie, let me add a scene which I have conjured up in my mind.Joe reading a comic book, talking with Hemmingway at Toot's Shores.