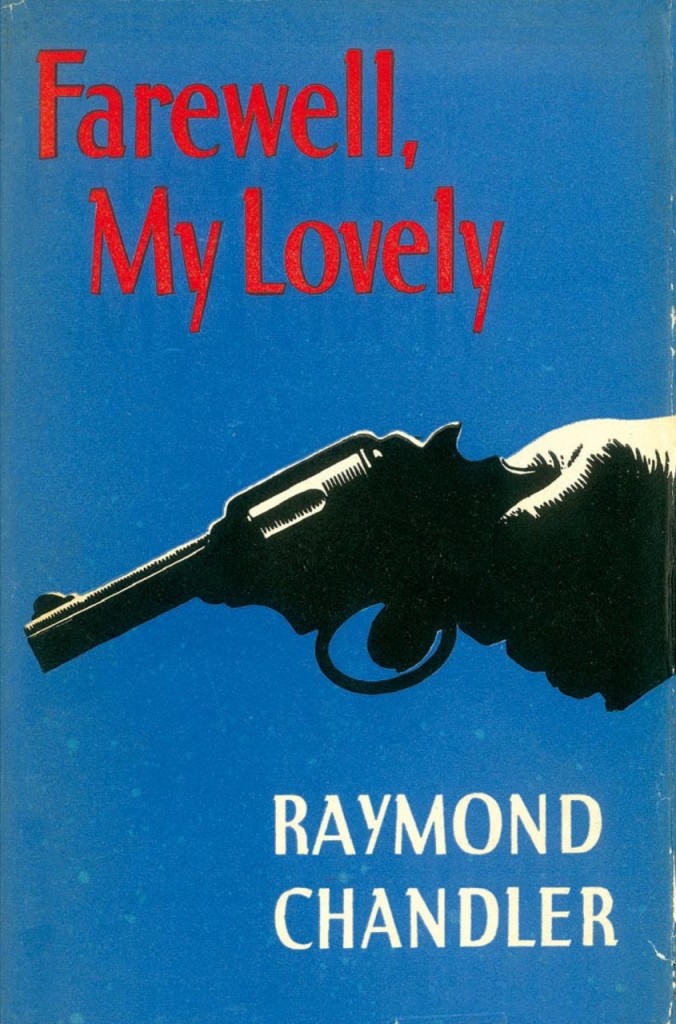 Dig this article on Raymond Chandler by Jonah Raskin over at Boom:

Raymond Chandler relished finding names for his quirky characters, including Philip Marlowe, the pipe-smoking, chess-playing private eye—a literary kinsman to Sam Spade, Dashiell Hammett’s solitary sleuth—whom I first met in the pages of fiction as a teenager and whom I have known more than fifty years. Sometimes the names are dead giveaways about the morality or immorality of the character, sometimes they’re opaque, but I’ve always found them intriguing and an open invitation to try to solve the mystery myself. In his first novel, The Big Sleep (1939) Chandler calls the bellicose gangster Eddie Mars, the smut peddler Arthur Gwynn Geiger, and the top cop Captain Cronjager. In The High Window (1942), Lois Magic is the femme fatale, Linda Conquest is a torch singer, and Leslie Murdoch is the effete son of a nasty heiress who has murdered her own husband and brainwashed Merle Davis (a wholesome girl from the Midwest and a victim of sexual assault) into thinking she’s guilty of the crime. Nice people, Marlowe observes wryly.

Born in Chicago in 1888, near the end of the Victorian era, raised in England among elite Edwardians, and transplanted to Los Angeles in 1913, Chandler saw California through the eyes of an English eccentric. A veteran of World War I who was wounded in action in France, and a child of Prohibition and Depression America, he recognized that crime was an industry in both boom and bust times, and a rich field for a writer. Then, too, as a displaced person and an alien in the Southern California world of cars and freeways, among phony and lonely people, he tapped into a vast reservoir of mass discontent. In his seven novels, all of them set in and around Los Angeles, he depicted the world as a vile place inhabited by loathsome people. A cynic, he envisioned no way to escape nastiness—certainly not by going to the movies, which, in his view, offered much the same trite boy-meets-girl story over and over again and trivialized psychological issues and social problems.

“Twenty-four hours a day somebody is running, somebody else is trying to catch him,” Chandler wrote of LA. He added that it was “a city no worse than others, a city rich and vigorous and full of pride, a city lost and beaten and full of emptiness.” Chandler loved and hated LA in much the same way that Balzac loved and hated mid-nineteenth-century Paris and F. Scott Fitzgerald loved and hated Jazz Age Manhattan.

[Featured Image Via the most cool: Daylight Noir]

It's an interesting piece, but I think he's a little hard on Marlowe because he's looking at him through modern eyes and sensitivities.

Also, I believe the story is that Hawks and William Faulkner telegrammed Chandler, not Bogart. They couldn't figure out what had happened to the chauffeur.

1) Thank you for pointing out this story in the first place, MB.

I've read all of the Chandler novels except "Playback," but its been years for some of them.

Have you read all of Hammett, too?

No, I haven't read that much Hammett - just The Thin Man, The Maltese Falcon and Red Harvest. I keep meaning to read The Dain Curse.