New and Improved (No Foolin’) 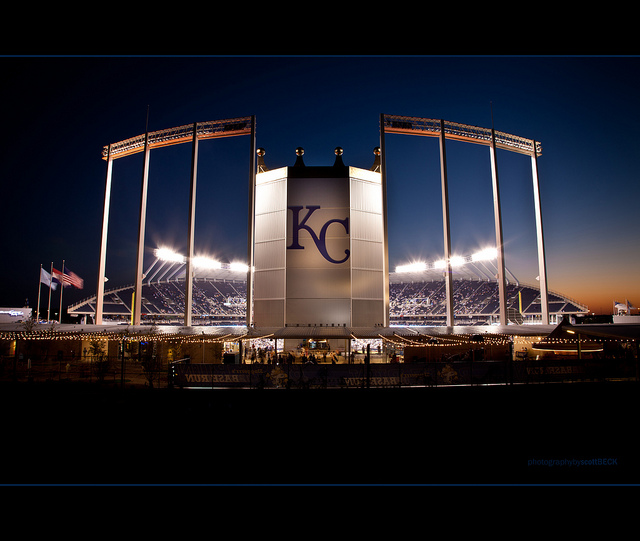 Tonight gives Phil Hughes vs. Wade Davis, the former Tampa Bay Ray. (In fact, there are familiar faces starting for the Royals all weekend: James Shields and Ervin Santana.)

Over at Sports on Earth, Jorge Arangure Jr has a nice piece on Hughes:

“If you pick up on things that hitters were trying to do to you, and you don’t really have anything to combat that, then I guess you start thinking about ways that you can start incorporating new pitches into what you do,” Hughes said.

The easiest solution, and the one that would require the least amount of drastic makeover, would be for Hughes to transform his cutter into a full-fledged slider. The two pitches aren’t so different. They both move sideways. The slider is just a more drastic version of the cutter.

Interesting.
I have a feeling that Yankee pitchers in particular tend to think the cutter is the must-have pitch. (For obvious reasons.)

so obvious, even a drummer can get that reference! ; )

Oh, cool. I forgot that angle brackets disappear their contents. I meant,

Lester is knocking off Blue Jays like a kid with a shotgun.

Singleton and Cone. My favorite. : )

Dang, I leave for seven minutes and miss four runs.

Lester is perfect through five.

Are you fucking me, Phil. Fucking. Horsehsit.

[12] Oi. That is poorly worded. "Are you fucking kidding me, Phil?" I will now lay off the eff bombs for a while.

The Yanks put a chalk outline on the warning track for Mo during bp. That's cold.

Phil plunks the lead off guy and is at his usual 50 pitch count with no outs in the third. sigh.

[17] Mo was laughing his ass off. I did not enjoy the replay of him being carted away. (shiver)

[18] I'm more nervous about next year. Linus without his security blanket.

The ol' bed shitting Phil I know and love.

If the RF botched that one Ichiro has himself a triple.

Stewart was halfway to 2nd when Gardner hit it and I am pretty sure he slid into 3rd before Stewart crossed home plate. Zoom.

O.K. Yes the Yankees spend a lot of money. But can Cashman and Girardi get some props for this season so far?

Phil should stop throwing pitches in that spot.

The assault on 3000 continues.

Ichiro would have been a damn Rock Star had he signed with the Yankees on day. He's scaling walls at 40+!

I was at the Scranton game last night. Game was tied in the 8th, and it was rainy and miserable by then. Luckily, Curtis Granderson un-tied it, with a two-run homer to left center. It proved to be the game-winner.

I posted some pics on my Tumblr - click my user name.