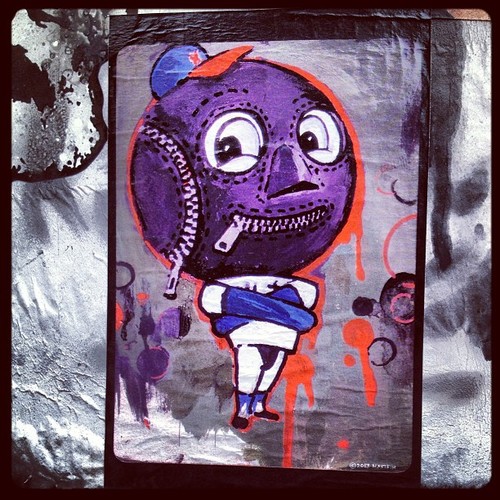 All-Star Game, Open Thread. Have at it. 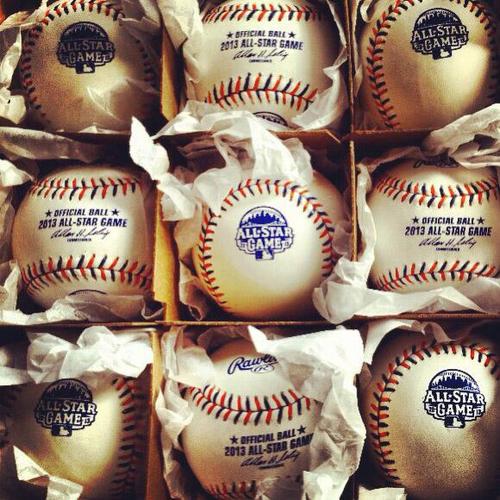 Cano is done for the night at best. Christ.

Oh no...what happened? Tell me Cano didn't get hit on the hands..

Well THAT CERTAINLY WAS AWESOME!

[10] Maybe. Hard to say. Hit him near the top, on the side of the right knee. Maybe over the kneecap.
He stayed in the game for a few pitches (on first base) but then left.

[10] It did not sound good. At all. Dug out reporter just said he should be okay. X-rays negative. The least Harvey could have done is plunk Ortiz or little pony for fuck's sake.

Oh, look, Dusty left it all on the field. Yuck.

Why did Ken Rosenthal turn his microphone down to 2? As if Rob wasn't hard enough to hear normally.

Matt said he felt awful about hitting Cano. You have to trust him, right?

Hey, one of them runamajiggies!

Does he rank 1st all time in GIDP too?

I wonder if we could trade A-Rod straight up for Cabrera.

[19] Papi the Big Cuddly Peddy-Bear that everyone loves, with those cute bat flips and cheeky showing-up-the-pitchers homerun struts. Not like that terrible A-Rod, lollygagging and juicing while collecting his paycheck!

21) I talked to a baseball insider today who said that Rodriguez is in fact trying to negotiate some sort of semi-graceful exit from the game. Sounds as if MLB has the goods on him.

Man, those are orange shoes.

The Red Sox have come to the plate three times tonight and made four outs.

Commenting on the orangeness of shoes causes comment moderation?

[23] Scoop Belth! Man...you think Yanks would offer him something like $75million to walk away? Wow...

Phillips is really good. But McCarver is such a douchebag.

That is some wild news on Alex. E%%# reported earlier players would not be banned until 2014 fwiw.

27) Dunno. But I think Bonds, Clemens, Alex, no matter what you think of the ethics of PEDS, some of the greatest players of their time will go down as cautionary tales because their ego, greed, and insecurity led them to aggressively break the rules. It's sad with Alex. Always enjoyed rooting for him. I just watch his story now and shake my head and wish that Richard Ben Cramer had had the chance to really write the behind the scenes story.

If we discount the PED era, what about the greenies era. Way to slag off sluggishness for a day game after a night game and build numbers with a puppy upper.

Then there's the segregation era. I don't believe Babe was particularly racist, but Ty and Rogers were, all helped because they faced inferior pitchers based upon skin color. Something to ponder.

I was reading about Pittsburgh's Gerrit Cole this week. I had forgotten he was the one the Yankees drafted but went to UCLA instead. Dammit.

[30} Unless MLB has actual criminal information, how can they force Arod to retire? He never was positive in a test when it mattered, the labor agreement states a 50 game suspension for the first offense. Seems like the Yankees will be holding the bag on this one.

Weird mix for GBA, at least on TV; you can barely hear Marc Anthony over the track.

I wonder if we could trade A-Rod straight up for Machado.

[37] You'd have to get Angelos extremely drunk. Frankly, my liver isn't up to it anymore.

The Chevy commercials are unbearable.

One more run for Mo please.

Why use Mo in the eighth?

If they fuck this up and don't let him close the game properly I'm going to be steamed.

Oh, lord. Really? Neil Diamond, really? Is it a tribute to dead Bostonians or what?

[44] Leyland said if the lead wasn't big enough, Mo would pitch the eighth. Because if he had someone else pitch it and he blew it, there might not be a bottom of the ninth.

[46] Torches and pitchforks. Leyland lives just across the river from me.

Mo should not be starting games, or pitching the 8th inning. He's the closer and should have the opportunity to be on he mound for the final out.

Does give someone else time to get warmed up in the pen. Otherwise . . .

[50] Even if it means there's a chance he wouldn't pitch at all?

Mariano is pitching the 8th? Wthat the hell?
[46] Glad am not watching. Neil Diamond IS a good Brooklyn Boy though.

Uh.
Does everyone understand Leyland's point, though? It makes sense. I guess three runs is pretty safe for Joe Nathan, but Leyland does have a point.

And 4th of fucking all, it's been 10 goddamn minutes since Kipnis hit the double! They could have easily got Nathan loose twice by now.

What a touching ovation for Mo!

[60] I think once Mo warmed up, Leyland didn't want to sit him back down and then get him up again 15 minutes later.

[54] Yes, bringing him in now just feels wrong. Just like I wouldn't want Girardi bringing him in early say in a possibly series ending game in the playoffs (unless it was really the right thing to do).

As a Yankee fan and knowing we need him for the rest of the season, but how cool would it be to see him get one of his patented 2 inning saves here...

Maybe Mo will get to pitch two innings?

[59] Makes sense to me. Better to see him instead of having the NL score 4 in the bottom half. Big whoop. Atta boy, Mo!

Thanks be to Mo. Even though it doesn't feel right.

[65] If, by some miracle, teh Yankees fet to the WC game and are down 10-1, Mo pitches the ninth. No matter what, he closes the season.

Sad the split between Cecil & Prince. Wait, a triple?

What, there's nobody on the bench to pinch run for Fielder?

Now that a scoreless inning is in the books, I'm less pissed. But this was a stupid train thought for the following reasons:

1) Mariano closing a close all star game in his final year would have been the ultimate pay off for this thing. We were robbed of that by a thought process that would never have allowed him to close a close game.

2) The lead of 2-0 gave Leyland the perfect opportunity to use Nathan in the 8th and Mariano in the 9th. Why? Because a 2-0 require 3 runs to score to raise the possibility of Mariano not appearing in the game. If Nathan starts the 8th, Mariano is not in danger of missing out until 2 men reach base. If, at that point with the go-ahead run at bat in the 8th, he wanted to get Mariano in the game, we'd all be fine, since the game would be on the line and there would be risk that he might not get a chance to pitch if Nathan coughed up a 3 run job.

3) If he had to bring in RIvera in the 8th in a bail-out situation, or if Nathan blew the lead and made it 2-2, Rivera still appears, which is all Leyland was trying to ensure by starting the 8th of a 3-0 game. Leyland got nothing out that move that he couldn't have had by saving Rivera for trouble in the 8th or the actual 9th.

[73] Well, that last sentence is not quite true. He got (i) a Save situation, and (ii) Rivera pitching his own inning. Appearing in a tie game or coming into the middle of the inning is not as good, style-wise.
I dunno. It's a trade-off. Obviously the idea result is that he closes, and the worst situation is that he fails to appear. Which way to go depends on how you way the various in-between scenarios.

Hmph. Mo would have another broken bat.

[74] Is it weird that I hope Nathan blows this thing? I just love chaos. I want to see Leyland's old smoking ass get a ton of heat for the decision.

You know Girardi is watching and muttering, "Gotta go with a lefty here, better get a lefty warming up..."

Good night all. Mo for MVP!

[74] On a "style scale" of "Farnsworth" to "Mo", where Mo is saving a 1 run game with 3 broken bats, Mariano starting the 8th of a 3-0 game was somewhere around a "Rocker", while saving Nathan's bacon in the 8th would have been a "Hoffman" and pitching in a tie game in the 9th or in extras would be a "Sutter".

You know Mo is thoughtful and bright, but his speeches are limited by his English. I hope he has some help for his final words.

[84] And even Farnsworth had his moments.

There is no bigger Mo acolyte than I, but can we all agree that was basically the Irving Thalberg MVP Award?

So if we miraculously win the AL, we're the home team.