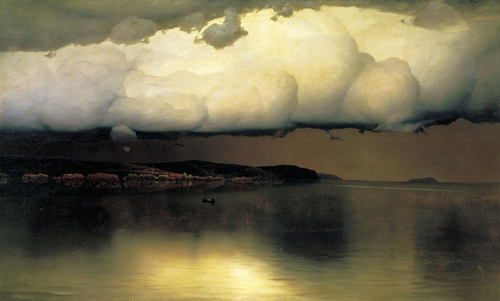 It’s supposed to rain for much of the night down in Baltimore so we’ll see if they get the game in or if there are delays or what. Phil Hughes gets the start. Given his luck he’ll begin the game, do ok, then it’ll be delayed for a few hours and that’ll be that for him. But if the weather holds up and if he’s given the chance to pitch uninterrupted the call here is that he’ll do just fine. I’m not predicting brilliance but I say he’ll be better than average.

I'm all in on pennant race ridiculousness.

EMBRACE THE MADNESS YOU GUYS!!!

I find myself getting too excited, setting up for the inevitable let down. OTOH, were what, 2.5 behind Texas for the 1st WC?

[1] Why not? I smile every time I imagine Bud Selig picking up the paper and finding out the Yankees have won again and Alex has done something else to help them.

It's taken quite a while, but this team has played its way into my heart. They're like a horror movie villain, they just won't stay dead ...

Nice.
Now a long one, please.

Robbie is the team MVP. And he's been so valuable to such a depleted team he's got a case for league MVP.

May the home runs be solos.

Wait, Phil is starting again? In B'more? I'm frightened of him facing CDavis..

Wait, what the hell happened to Brett?

Damn Oriole bastard! Oh, wait. Yay, Mark.
[14] He had a check swing K in the first, showed a real quick grimace and went directly into the clubhouse.

[15] Pain grimace? River Ave suggests maybe he was tossed for arguing. No?

Yeah it looked like it was Brett's left side. Shite.

Yes showed the replay once and Kay and Singleton both said they didn't see anything I SAW IT. I'm in the wrong business I tells ya! lol.....

C'mon Robbie put 2 more on the board.

2 from this inning is NOT enough.

The BoSox tie it up in the 6th, still batting. The Indians have a big lead in Chicago.

Mo Almighty! Brett might be screwed for the year. Fucking Bollocks!

Isn't it a school night for Machado?

Wow, I'm impressed. It was shaping up to be one of those classic Hughes innings, but he bore down and blew away a very, very tough batter.

I imagine one is Palmeiro

I don't understand this friggin' move at all. And I think Hughes stinks, too!

Yeah, I don't get it either.
I guess Joe thinks Hughes is crap after 50 pitches or so?

Hughes deserved another batter or two. I guess Huff was warm and couldn't wait much longer.

Sori with the leather!

Hang on, I just realized -- their DH is/was Wilson Betemit??

[57] One of my all time least favorite Yankees

[57] Wow! No idea he was still in the league.
In related news..did you know Kevin Youkilis played for the Yanks this year? (it never stops being funny...)

[60] I don't even know why they allow that useless sack in the dugout. Seeing his head on tv boils me blood! Bah. Worst signing evah!

[64] But CashMoan is kinda accurate.

Wow, "Megan's Law" might be worse with the bat than Nune5 is with the glove ...

I've not been at all impressed with Ryan's defense.

The Rays have the lead and some base runners.

Mr. "Best SS in Baseball" looked like shit again on that play ... but he couldn't stop ROBBIE CANO!!!

I for one, will miss Curtis if and when he's gone.

Might be able to rest the good relievers tonight

[77] For sure they could have, if Hughes had pitched four and Huff four. I still don't get the quick hook.

Sox get two runners in the ninth but can't score 'em. Rays win.

OH NO. And Joba is warming up.

Oh, right I forgot, you can't write that word.

So Ryan is 1-8 with three Ks, lousy D and he just tripped over nothing on an easy advance play.

WAR. What is it good for?

The ol' throw it the backstop play.

Love that go ahead wild pitch.

No, I don't want to go ahead on an unearned run.

Okay, I changed my mind.

Uh. IBB Alex to face Soriano???
What, just to get the DP?

I hope that's good enough. We're protective of Mo these final days. It's always a lot to ask.

I question whether David Robertson will be an effective closer next year. Guess I'm getting ahead of myself.

Ohhhh. So that's the plan.
I thought he was unavailable.

Is this our old friend C-Dick?

That's a beaut! Just win. Praise be to Mo.

Thanks be to Mo!

Praise to MO! It's always something else.

All praise to Mo!

Mo gets the win instead? I guess D-Rob couldn't deserve it.

I heard the 9th inning note radio. Sterling talked about how baseball is unpredictable the entire time, along with this being the wildest and most improbable win. Then Suzyn strung together 8 sentences without a breath as she spoke with Ryan after the game.

Oof. I just read about Gritner. Will suck if he's done for the year....

Note radio? Thanks a lot, iPhone. On the radio..., like the Joe Jackson song.

I was too polite to mention it.
You know me.

But, yes, Suzyn and Joe Jackson did a duet together. I got the 3" gatefold promo Japanese CD single off ebay for $6.66 ; )