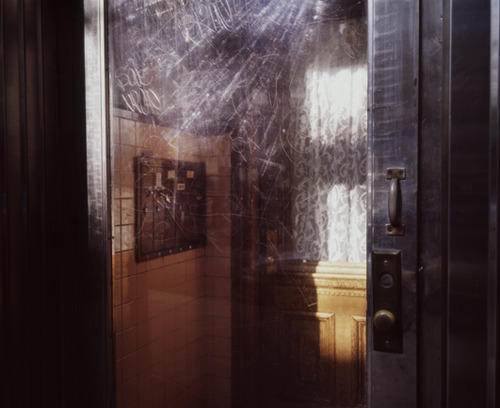 Excerpted from From Black Sox to Three-Peats: A Century of Chicago’s Best Sports Writing (University of Chicago Press), edited by Ron Rapoport and featuring stories from the Chicago Tribune, the Chicago Sun-Times, the Chicago Daily News, and the Chicago Defender, among other papers.

Up ahead, you could see a full moon sandwiched by thick, wet clouds. Beneath them glowed the lights of Chicago, turning the soggy heavens red-orange and proving that this ribbon of highway actually led somewhere.

Another country radio station faded into oblivion inside the car, so you pressed a button and came across the White Sox, summer’s golden children at play on a night made for antifreeze.

Their presence should have been a comfort at 70 miles an hour, just as it had been since they used June as their launching pad to glory. But now the Sox were bidding adieu to their regular season at home. They weren’t going to return to Comiskey Park until October’s playoffs, and the thought left you feeling as empty as a farewell at a train station. Summer was over.

All you could do about it was punch another button on the car’s radio, punch another button and hope you would hear the Police singing “Every Breath You Take.” For that was the song that provided the background music for the last three months, lingering in your mind whether you were mowing the lawn or trying to describe the cosmic significance of the infield fly rule. The melody haunted you, the lyrics left you wondering about the residue of your own tilling and threshing. And, like a lot of other things this summer, that hadn’t happened for a while.

Maybe you have to go back as far as the days before baseball finally defeated you, days of keg parties and a curveball pitcher who lay down next to a stereo speaker filled with the Rolling Stones’ voices and begged his kid brother to turn the music louder. The season was over by then and the unraked diamonds had started turning hard under the fading sun. Every morning, the chill sunk a little deeper and lasted a little longer, and you began to realize how impossible it is to hang on to summer and all the things it represents.

No team you played on would ever be the same, no chance for a professional contract ever as good, no friendships ever so unencumbered. And that was what mattered to a catcher with a strong arm and a weak bat, a kid who hid inside a game and thought it would always sustain him.

Even on the night he graduated from high school, he tried to flee what scared him most for the safety that the Salt Lake Bees provided. But before he got to his $1.50 seat, before he even got out of the auditorium where he had received his diploma, there was lipstick on his cheek and a pretty girl saying, “Now you can go.”

Funny how long a kiss can last. Ask the man who got it now and he will tell you that summers should have such staying power. For he would think about it from time to time, smile and wonder about the girl who didn’t dance off into that happy night before she had made sure he was remembered. And when it came time for the 20th reunion this summer, when he flew back to the place that used to be home, he wondered if she would remember her own kindness. He looked for her and found only a mutual friend with bad news: “She’s very sick. I understand it’s terminal.”

What do you do then? Do you write a letter, or do you pray? Do you retreat into the silence that has become your comfortable enemy, or do you hope that the next knock on your door brings a smiling face and laughter that tinkles like chimes in an ocean breeze? Do you see your own life reduced to what the poet Yeats called “day’s vanity and night’s remorse,” or do you borrow from Tom T. Hall, the hillbilly songwriter, and tell someone dear, “You love everybody but you”?

The questions pile up, but there are never enough answers to clear them all away. Ten years ago, you couldn’t have imagined such a predicament. You knew everything then—knew it and said you knew it and expected the world to know you knew it. Perhaps it is only age that brings stupidity.

Summer certainly suggested as much. Whether you were gazing out at Lake Michigan or laboring over your prose, your mind kept drifting away from the business at hand. For too many hours, neither the splendor of Floyd Bannister’s left arm nor the foot in Dallas Green’s mouth held the appeal of life’s complexities. It was time to consider what you had let get away from you, and how, and why. The process was as unsettling as the gray taking over your beard and the lines growing deeper around your eyes.

“I don’t know,” you kept saying. “I just don’t know.” It was an all-purpose reply for a summer that raised new questions almost daily. It could also, however, be tiresome. “This is the place for you,” a friend said, passing a senior citizens’ center. And you couldn’t keep from laughing. You feigned anger, too. But down deep, you thanked God there was someone who cared enough to remind you that the sun always comes up in the morning.

It shows its face later and later now, though. You can’t ignore that. The leaves on the trees have already started to turn, and even if the White Sox go on to win the World Series, there won’t be many more trips to Comiskey Park. The days are growing short, and more and more you cling to the brightness that Ron Kittle, the rookie free spirit, brings to them. “Here’s my bat,” he said to a team trainer after two hitless nights. “Take its temperature.” What a pleasure to find someone who knows where to get answers.

But when they aren’t to your questions, the answers are only for enjoyment, not enlightenment. They serve the same function summer did this year as you spun your wheels for week after week, searching for something you hesitate to define and eventually heading back to the garage empty-handed. The answers made you forget the storm front, but by the time you got home it was starting to rain again.

John Schulian was a sports columnist for the Chicago Daily News, the Chicago Sun-Times, and the Philadelphia Daily News before moving to Hollywood, where he wrote for a number of television shows and was the co-creator of Xena: Warrior Princess. His work has been collected in several books, including Sometimes They Even Shook Your Hand: Portraits of Champions Who Walked Among Us. With George Kimball, he edited At the Fights: American Writers on Boxing for the Library of America.