The Group of the Oblong Table (aka The Chinese Gourmet Club) 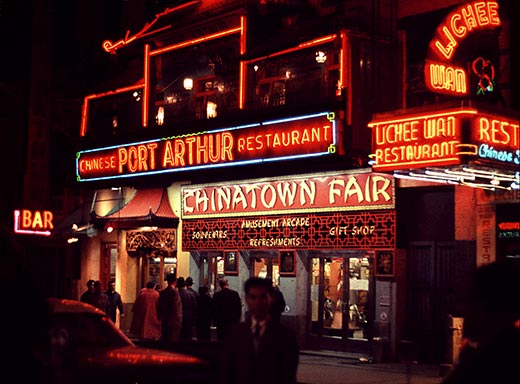 Here is a gift for you.

From Kenneth Tynnan’s lavish 1977 New Yorker profile of Mel Brooks (available online only to New Yorker subscribers though you can also find it in Tyanan’s wonderful collection, Profiles):

After separating from his wife in 1960, Brooks had spent a bleak and insolvent period in an unfurnished fourth-floor walkup on Perry Street, for which he paid seventy-eight dollars a month. He then moved in with a friend called Speed Vogel, who had an apartment on Central Park West and a studio on West Twenty-eighth Street, where he made what Brooks describes as “direct metal sculpture.” Vogel had left his wife shortly before Brooks arrived. The two men cooked for themselves, carried their clothes to the laundromat, rose at conflicting hours (Brooks late, Vogel early), and bickered over practically every aspect of housekeeping—a setup uncannily prophetic of Neil Simon’s The Odd Couple.

One Tuesday in the summer of 1962, Vogel gave a party at West Twenty-eighth Street. Among his guests were Zero Mostel, who had a studio in the same building; Joseph Heller, whose first novel, Catch 22, had appeared the previous year; and Ngoot Lee, a painter and calligrapher of Chinese parentage. These three, together with Vogel and Brooks, enjoyed one another’s company so much that they decided to commemorate the occasion by reassembling every Tuesday for food and talk. Meetings were held at cheap Chinese restaurants selected by Ngoot Lee, who knew where the best chefs worked, and kept track of their movements from job to job. The nucleus, itself a fairly motley crew, grew steadily motleyer as it swelled in numbers. Brooks introduced a diamond dealer named Julie Green, who could do eccentric impersonations of movie stars. Heller contributed a fellow-novelist, George Mandel, who had a steel plate in his head as a result of injuries suffered in the Battle of the Bulge.

“One night,” Heller recalls, “Mandel told us in detail how he had been wounded. There was a long pause, and then Mel did something typical. He said, very slowly, ‘I’m sure glad that happened to you, and not to me.’ He wasn’t being cruel, he was being honest. He just blurted out what we were all thinking but didn’t dare to say.” Mandel, in turn, brought in Mario Puzo, later to become famous as the author of The Godfather. These were the charter members of the fraternity. They called themselves the Group of the Oblong Table or, in more pretentious moments, the Chinese Gourmet Club. What bound them together, apart from revelry in conversation, is best epitomised in a statement volunteered to me by Heller. “I’d rather have a bad meal out than a good meal at home,” he said. “When you’re out, it’s a party. Also, I like a big mediocre meal more than a small good one.”

The membership list has been closed for many years. Approved outsiders, like Carl Reiner and Joseph Stein, are invited to the Oblong Table from time to time, but merely as ‘honoured guests.’ The club has strict rules, some of which I learned from Reiner: “You are not allowed to eat two mouthfuls of fish, meat, or chicken without an intermediate mouthful of rice. Otherwise, you would be consuming only the expensive food. The cheque and tip, and the parking fees, if any, are equally divided among the members. It is compulsory, if you are in New York, are not working nights, and are in reasonable health, to be present at every meeting.” He continued, “The members are very polite. Once, I had a seat facing the kitchen door and I looked through and saw a rat strolling across the floor. They immediately offered me a chair facing the other way.” Anxious to retain his status of ‘honoured guest,’ Reiner begged me to quote Heller and Brooks on the subject at greater length than I quoted him.

Brooks recently told an interviewer that the talk at the Oblong Table mainly deals with such weighty subjects as “whether there is a God, what is a Jew, and do homosexuals really do it.” Reiner has other recollections. “From the sessions I’ve attended,” he said to me,  “I would put that group up against the Algonquin Round Table and bet that, line for line, they were funnier. The speed of the wit is breathtaking. It just flies back and forth.” Brooks’s comment on this:  “I’m sure we’re funnier than the Algonquin crowd, but we’re not as bright.”

Hershy Kay, the composer and Broadway arranger, had a bitter experience that confirmed what Reiner said about the club’s rigorous eating procedure. According to Brooks: “Hershy Kay came once as a guest and took the nicest bits of the lobster and the choicest parts of the chicken, including the wings, which I like. He did not touch his rice. He had to go, and he went.” There may, however, have been another reason for Kay’s rejection. My source here is Heller, who said, ‘Bear in mind that I am the only tall member of the group. At the next meeting after the Hershy Kay incident, Mel made a little speech. “Let’s face it,” he said, “except for Joe, all of us are quite short. Some of us are very short. Hershy is too short.”

Brooks, incidentally, has grave reservations about Heller’s own table manners. “From the very start,” he declares, “we accepted Joe on Speed Vogel’s word that he would behave, and Speed lied to us, because he did not behave. He took the best pieces of everything and laughed in our faces. One Tuesday, we ordered a tureen of special soup full of delicious things, and Joe grabbed it, scooped all the good stuff into his own bowl, and then said, “Here, let me serve this.” We each got a spoonful of nothing.”

Far from denying this story, Heller openly confesses, “I am a greedy man. I’ll eat anything. I even use a fork instead of chopsticks, so I can eat faster. I’m known in the club as the plague of locusts.” Presumably, his physical bulk protects him against reprisals.

Puzo, the only non-Jewish member other than Ngoot Lee, is tolerated because of his limited appetite. “Being Italian, Puzo is no threat to us,” Brooks says. “He doesn’t really like exotic dishes. He prefers noodles and rice—things that remind him of home. He is provincial, and that saves us from the rape of our best food.” A stickler for party discipline as well as a dedicated glutton, Brooks never misses a club meeting when he is in Manhattan. If business suddenly compels him to fly in from the Coast on a Tuesday evening, his first act on arrival at JFK is to ring every eligible restaurant in Chinatown until he finds the chosen venue. Thither he dashes, straight from the airport; and before saying a word, he heaps a plate with whatever is left.

Despite their differences over matters of etiquette, Heller has a high respect for Brooks. He freely admitted to me that he used a lot of Brooks’s lines in his second novel, Something Happened, and that in his next book, Good as Gold, ‘the hero is a small Jewish guy, and there’s a great deal of Mel in that.’ In the early seventies, Heller was teaching writing at City College of New York. He had long been aware that Brooks was vulnerable to practical jokes. One evening, Heller casually lied about his salary, saying that it was sixty-eight thousand dollars a year—more than double the truth. A couple of days later, Heller’s accountant, who also worked for Brooks, called him up and said, “For God’s sake, Joe, what the hell have you done? First thing this morning, Mel was up here screaming, “Why am I in the entertainment business? Why aren’t I teaching and earning seventy thousand a year like Joe Heller?” He was out of his mind!” Having told me this story, Heller went on, “Mel has always had plenty of resentment and aggression that he can sublimate into creativity. He’s usually at his best when he’s envying people more successful than he is. Now that there’s hardly anyone more successful, what will he do?”

I cited a mot attributed to Gore Vidal: ‘It is not enough to succeed. Others must fail.’

“I thought that was La Rochefoucauld,” Heller said. “But anyway it doesn’t apply to Mel. He likes to see his rivals fail, but not his friends. Provided, of course, that he’s succeeding.”

I asked whether, in Heller’s opinion, fame had changed Brooks.

“Not a bit. He’s just as nasty, hostile, acquisitive, and envious today as he ever was. Please be sure to quote me on that,” Heller said warmly. He went on, “You have to distinguish between Mel the entertainer and Mel the private person. He puts on this manic public performance, but it’s an act, it’s something sought for and worked on. When he’s being himself, he’ll talk quietly for hours and then make a remark that’s unforgettably funny because it comes out of a real situation. You might say that he’s at his funniest when he’s being most serious. He has a tremendous reverence for novelists and for literature in general, because it involves something more than gag writing. In his serious moments, I don’t think he regards movies as an art. For Mel, the real art is literature.”

Brooks staunchly challenges this view: “When Joe says things like that, he’s just electioneering for the novel, because that’s what he writes. I think La Grande Illusion is as good as Anna Karenina, and Les Enfants du Paradis is in the same class as La Chartreuse de Parme. If we’re talking about art at the most exquisite level, Joe may conceivably have a point. But I’m a populist. I want color, I want visual images, I want the sound of the human voice.” 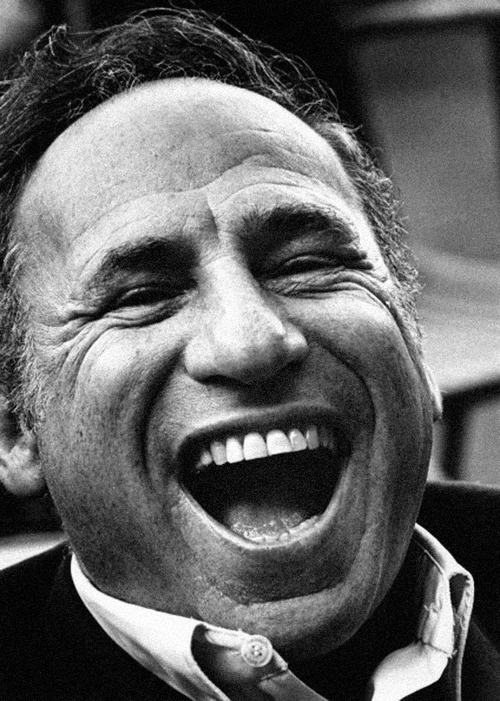