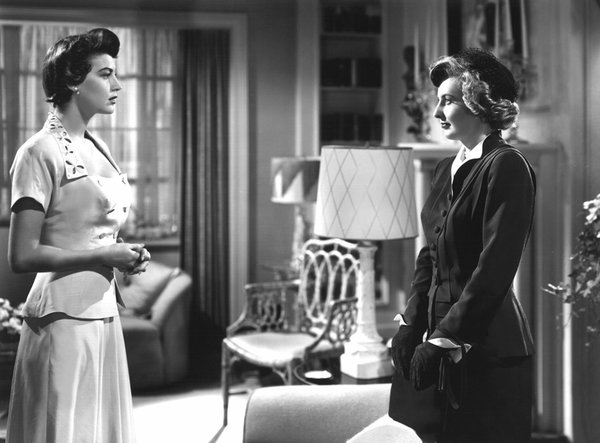 Jeanine Basinger in the New York Review of Books:

Ava Gardner and Barbara Stanwyck were separated by fifteen years in age, and arrived in Hollywood more than a decade apart. Although both were famous stars, neither ever won a competitive Academy Award. (Gardner was nominated once for Mogambo and Stanwyck four times, for Stella Dallas, Ball of Fire, Double Indemnity, and Sorry, Wrong Number. She received an honorary Oscar in 1982 for her “unique contribution to the art of screen acting.”) Both were at the top during the golden age of the Hollywood studio system, but one difference between them is fundamental: Ava Gardner was a product of the “star machine” and Barbara Stanwyck was not.

Gardner, from a not very well off but stable North Carolina family, arrived in town with a minimum of security and no acting experience, but was fed into a system that might be expected to take care of her if she behaved. Stanwyck, coming from a hardscrabble background in New York, arrived from Broadway with the security of a contract and solid experience, but took up her career independently and never let anyone own her.

Gardner’s security came with a price. Unable to pick and choose, she was assigned pedestrian films she had to carry (The Great Sinner in 1949, My Forbidden Past in 1951). She wasn’t given many opportunities to grow as an actress. The studio didn’t need that from her, and because of her spectacular looks, she presented something of a casting problem. Who would believe Ava Gardner as a nun, or a rocket scientist, or a neglected working girl in a tuna cannery? She was born to grab the spotlight, and having shaped her image as “a magnificent animal” (her billing for The Barefoot Contessa, 1954), Hollywood was content to present her that way.

Gardner became resentful and restless, and began to carouse, have affairs, and create problems. She didn’t care if she caused a scandal, particularly when she took up with the married Frank Sinatra and became the most famous “other woman” of her time. Ironically, it was easy for her studio to fuse this off-screen behavior to her on-screen persona, and the role of “Ava Gardner,” bad-girl-good-time-gal-sex-symbol, became an unbreakable image.

Stanwyck’s independence meant that she could negotiate her films and salaries, but she had to accept that she had no priority in any studio’s plans for casting. She lost significant roles as a result, such as the lead in Dark Victory (1939), which went to Bette Davis. Wilson points out that a studio “would have steadily built her up picture after picture,” as MGM did with Gardner, but Stanwyck didn’t want that: “She found it a constraint.” Stanwyck had to fight to get good films, but she had her own supporters, including her first husband, Frank Fay (an established born-in-a-trunk performer), a shrewd agent, Zeppo Marx (the fifth Marx brother), and particularly director Frank Capra, who saw what she was capable of and who guided her in four of her earliest films. As curator of the Frank Capra Archives, I spent many hours talking to Capra about his career, and Stanwyck was a subject he loved. A great admirer of her talent, discipline, and professionalism, he always stressed that since Stanwyck was never owned by a single studio for any length of time, no specific image was created for her. She had to create her own.