The Man in Me 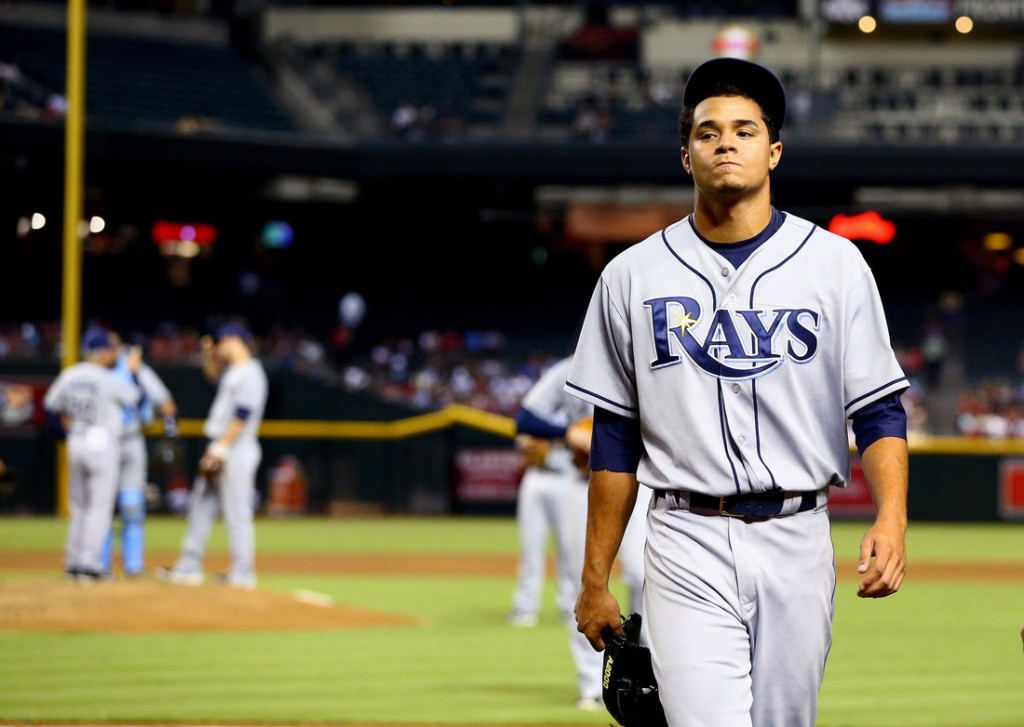 Pat Jordan’s latest for Sports on Earth is a profile of Rays’ pitcher, Chris Archer:

I met Chris Archer for dinner at the Outback Steakhouse on my first night in North Carolina. He showed up with a handsome black man in his 40s, whom he introduced as “Ron Walker, my mentor.” The hostess led us to a booth in the far corner of the room. As we sat down, Archer said, “Wow! This is the same table where I met my father last February.” He meant his biological father, Magnum. Walker had helped facilitate that first-ever meeting between father and son. It did not go well. Archer peppered his father with questions. Why had he never tried to contact his son? That sort of thing. Archer did not like the answers.

By the time his father had left, Archer said, he had already decided, “I had no intention of ever seeing him again. The type of person he was. He had three children with three different women. Zero of which he is in their lives. He couldn’t tell what school his kids went to. I had no intention of trying to change a grown man who didn’t want to be in my life.”

I told Archer that I hadn’t planned to ask him about his biological parents until tomorrow, after we’d gotten to know each other a bit. He smiled and said, “Yeah, I came out throwin’ heat right off the bat.”

When the waiter came to take our order, Archer discussed with Walker what he should eat. Walker suggested fish and steamed broccoli, nothing fried or with butter. One night, before Archer was to pitch a minor league game, he had called Walker and told him he was eating a pizza. Walker said, “You’re eating what? Don’t put that in your body. Spend $30 on something healthy.”

Now, at Outback, Archer said, “He didn’t want me to put regular gas in my high-performance engine. We talk all the time.”

“We always dialogue back and forth,” said Walker. “It’s a wonderful thing.”

Walker looked at him sternly and said, “Uncle.”