Welcome back for another turn through the aisle to Where & When. The posts have been less frequent, but not because I don’t care. So here we are again, trying to puzzle out another intriguing picture of New York in its architectural glory days (if not a glorious period in it’s history). Let your eyes wash over this delight: 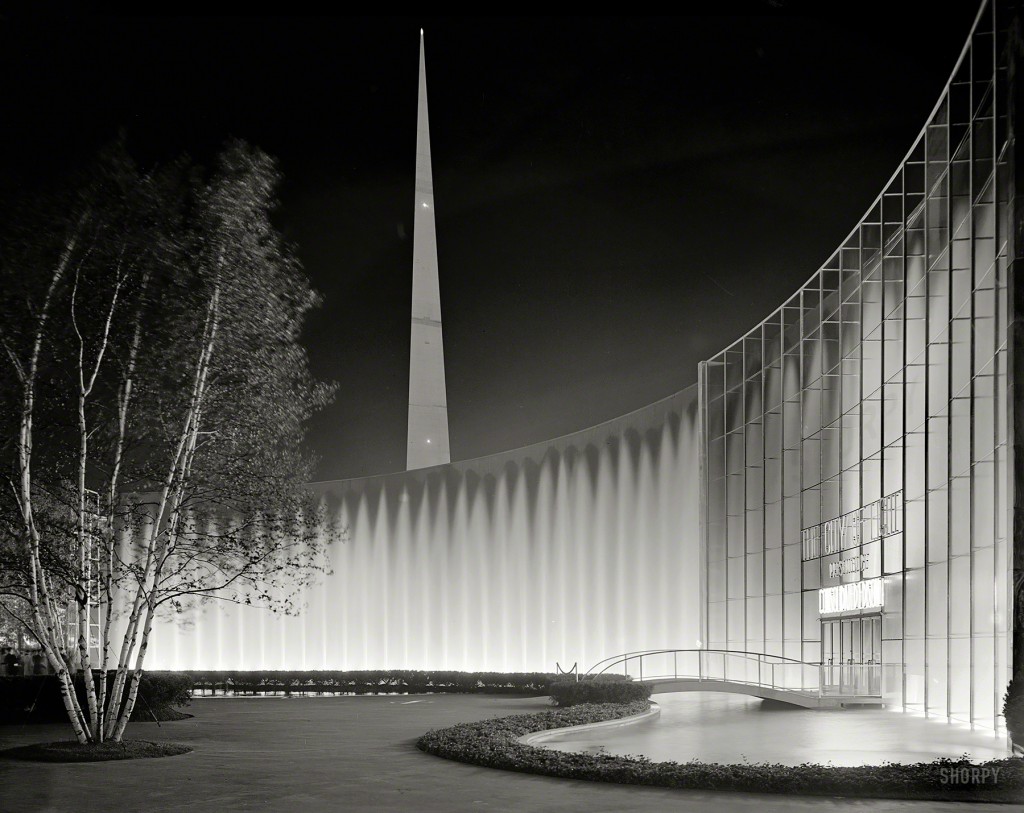 Brilliant, eh? I won’t say too much, because it pretty much speaks for itself, but to be fair I will give you a clue on the date: ten years after this photo was taken, Hopalong Cassidy became the first Western series to premiere on television.  Some four hundred years earlier, King Henry VIII divorced his fourth wife, Anne of Cleaves.  Not to mention, on the same day this picture was taken, Pan Am began flights between the US and England.  There, I think that’s very fair.

You know the rules; if you don’t, take a peek at some earlier games and come back.  A root beer of your choice if you tell us what is depicted here and when it was taken, a scoop of ice cream if you can tell us anything else interesting about the event it depicts, and cream sodas for the rest who follow. I’ll try to get back to you on this in the afternoon; try to savor this one, okay? Have fun, and no peeking at the photo credit >;)

Man, it is gorgeous but I just haven't got a clue as to the where or when of it.

The specific building is The City of Light Presented by Consolidated Edison.
http://collections.mcny.org/Collection/%5BCity-of-Light---Presented-by-Consolidated-Edison.%5D-24UFQES3YGN.html

Ironic as that was when the world was plunging into darkness.

Yeah, from the 1939-40 World's Fair. The photo must be from 1942, per the Hopalong Cassidy clue. The spire is Trylon, which as connected to the sphere, Perisphere....which must be behind that wall of fountains. Just read that Unisphere from the 64-65 Fair is in the location that Trylon and Perisphere used to occupy. Cool.

Except I was wrong on the premiere date of Hopalong Cassidy. So RIYank was correct on all counts. :)

Hmm, I'm surprised you guys didn't get the exact date.

[6] Didn't find the image from Google Images or various iterations off of it. Plus I only had a few minutes to work on it.

According to Wiki, Pan Am started regular flights to Great Britain on June 24, 1939. New York via Shediac, Botwood and Foynes to Southampton.