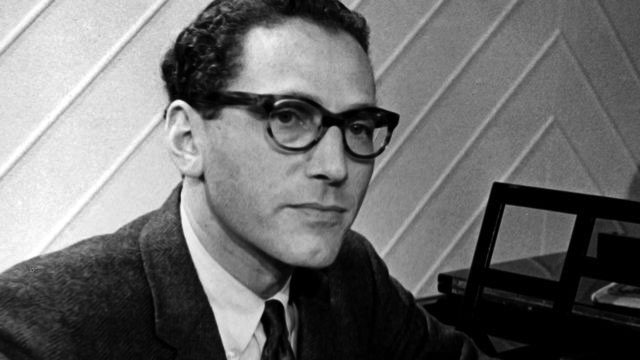 This is worth reading. Ben Smith on Tom Lehrer:

If you get hooked on Tom Lehrer as a kid, it’s not because you think he might be a sweet old man. It’s because beneath the cheerful tunes is an edge, a sheer nastiness and even sadism, that kids have always loved. It’s the same edge that makes Roald Dahl so appealing to children and disturbing to their parents.

Lehrer saw this Peter Pan in himself, joking about it before one of his last performances, in Copenhagen in 1967. “All of these songs were part of a huge scientific project to which I have devoted my entire life,” Lehrer said. “Namely, the attempt to prolong adolescence beyond all previous limits.”

But when Lehrer is the nostalgic music of your childhood, you want to like him. He always replies politely to his fans, no less when they are journalists seeking to profile him. Earlier this year, he put up with a brief telephone conversation with a BuzzFeed reporter, whom he referred to “Mr. Google” for further research. Told that search results concerning him are full of gaps and contradictions, he just laughed. “It doesn’t matter if the answer is correct — who cares?” he said. “And I lie a lot too.”

He then replied to our letter full of nostalgia and curiosity with a genial dismissal. “You seem to have devoted so much thought to the questions you ask that you should perhaps just write what you think is the truth, even if it’s just speculation, which — judging by today’s commentators on TV — is the easiest and therefore the most common form of punditry. I neither support nor encourage your efforts, but I shall not try to thwart them,” he wrote. And he was true to his word. He didn’t respond to a second letter, nor to a fact-checking email sent to his AOL email address; his email handle includes a phrase along the line of “living legend.” When we stopped by his Sparks Street house on a cold night in February, a light was on and a Prius was in the driveway, but nobody answered the door and Lehrer wrote that he had left town for California.

Thanks for the link. Tom Lehrer's albums were a must listen when I was in college. I particularly remember his ode to the Catholic Church and his cynical reference to Wernher Von Braun.

can't wait to go through this link. i'm a big tom lehrer fan!

How nice of Buzzfeed to write a story about my wife's college math teacher.