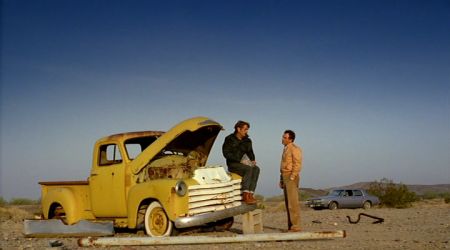 Brett “The Constant” Gardner hit a long home run to lead off the game last night and a few innings later Jacoby Ellsbury hit a solo home run. That brought the  Yanks to within a run of the Rangers, who scored 3 times in the first inning against our man Hiroki. But the Yankees didn’t get a man on base after the 3rd inning and even with Kuroda pitching 7 durable innings, that’s just no way to win a ball game, now is it?

Former President George W. Bush was on hand before the game as part of the Rangers’ farewell ceremony for Derek Jeter. Watching the former President standing next to Jeter was amusing. Jeter looked completely at ease. Not presidential, exactly, but a Duke in his domain for sure.

Hearing Lester to As for Cespedes. That's a big surprise, especially since you rarely see a title contender deal a starting OF without a clear replacement.

Are the Yankees or the Mets less interesting to watch at this point. Yanks get a leadoff homer in the first, load the bases then do basically nothing for the rest of the game. Ballsh*t.