The Last Days of Alfred Hitchcock 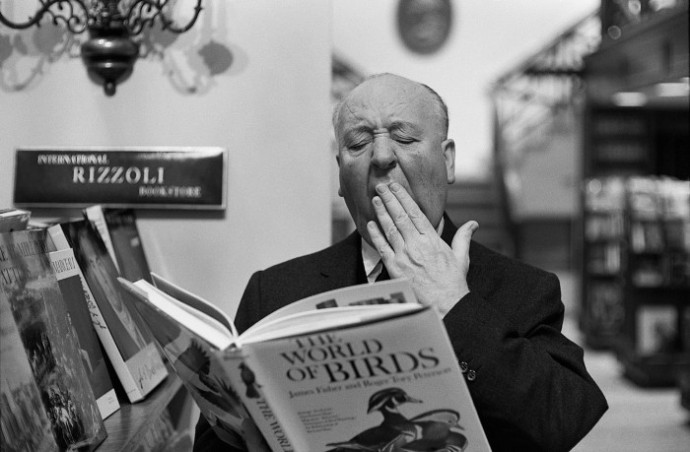 Dig this long, terrific piece by David Freeman that I curated for the Beast last weekend:

He was a bit like the Eiffel Tower. You hear about it all your life, and when you finally see the damn thing, it looks so much like the postcards, it’s difficult to see it fresh. Hitchcock’s public self was so distinct that it was often impossible to know if I was dealing with the corporeal man or the invented persona. I think he sometimes got it confused, particularly in his storytelling. He was a well-known raconteur, and some of his stories were widely known and repeated–often by him. There were times when he seemed to feel obliged to tell Alfred Hitchcock stories. Sometimes he was at the top of his form and told them well; other times less so. I was aware of this and, as I came to see, so was he. With his high-waisted black suits–with trousers that rested above his enormous belly, leaving just a few inches of white shirt exposed and with a black tie tucked into his pants–he looked positively fictional, out of Dickens, perhaps, or a banker by Evelyn Waugh.

When I was working with him, he was seventy-nine years old and was sometimes lost in the solitude of great physical pain, arthritis mostly. He moved in and out of senility and yet, for all that, he seemed in no hurry to finish his work, even though his life was clearly limited. There was always time in our work sessions for stories and anecdotes. One minute the script, the next a story about Ivor Novello’s tailor or the Tahiti steamer schedule in the Thirties. Sometimes the talk was without apparent purpose, but at other times some shred of casual chatter would turn out useful to our work. He was obsessed with detail and had a slow, meandering style.

Hitchcock had the historical good fortune to have worked from silent films through television. At his best, he was an inventor of part of the modern cinema’s grammar. But unlike any other director, he was an identifiable public figure, as recognizable as any president or movie star. Television did that for him–but long before his television show he was popping up in all his own movies, those tiny cameo appearances that audiences loved. He exploited a physique that most would try desperately to diminish. He wasn’t crazy about being fat, but he saw his body as a tool to use in the making of his career. He always claimed that “in England everyone looks as I do, and no one would remark on it.” Maybe–but he exploited his profile as effectively as any pinup.

Thanks for the read. One of a kind I guess.

You're welcome. I was pleased to get permission to run that one. David Freeman is a good writer and a good dude. He wrote the script for THE BORDER, too, a very very good Jack Nicholson movie.

I've never been a Hitchcock fan but his place in movie--and pop culture--history is undeniable.