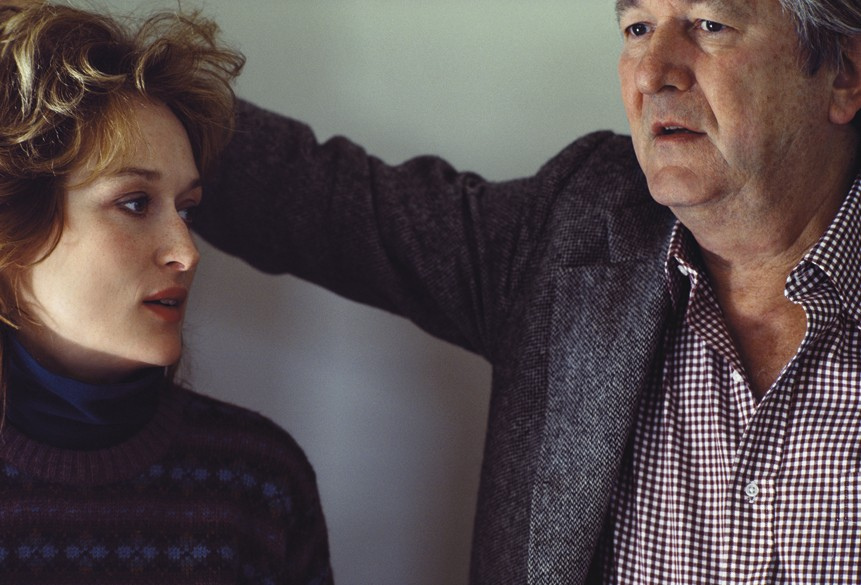 Over at the Daily Beast, check out Philip Caputo’s excellent Esquire profile of William Styron:

A private man when compared to professional celebrities, say, Mailer, he did not wish to pursue the subject any further. Prying into a living writer’s personal life, he said, was “trivial, a degrading pastime that is best left to gossip columnists. What’s important is a writer’s work.”

And how, at sixty, did he assess his work, I asked, mentioning that writer Richard Yates had described him as “probably the finest living novelist we have.”

Styron’s self-appraisal was more modest. “I have created and, I hope, will continue to create a few people whom readers will want to read about after I’m gone,” he said. “I still feel that I have years ahead of me to be able to say more with the same talent that I have been endowed with.”

A few months after he said that, Styron very nearly lost those years, and the talent that had produced Lie Down in Darkness and Sophie’s Choice collapsed to the point that he could not read and comprehend a simple newspaper article, let alone write anything. The disease that struck him used to be called melancholia. Its current name is clinical depression—a cloak of despair that falls over a man or woman and makes every waking moment so painful that the victim loses all desire to live.

I was made aware of his breakdown last fall, when Styron called me at my home in Key West and told me he was suffering from a profound depression, which, he then thought, had been caused by tranquilizers prescribed to ease his withdrawal from alcohol. He was, he’d said, considering committing himself to a psychiatric hospital.

The news shocked me because I had formed an image of him as a contented man—contented, that is, compared to other novelists I knew, including myself. Naively, I had persuaded myself that his stable marriage, affluence, and “literary gentleman” style of life had insulated him from the grave misfortunes that seem to befall most American writers.

l heard nothing from or about him for weeks; then, in the winter, I learned from a New York magazine editor that Styron had been committed to the psychiatric ward of Yale-New Haven hospital.

There was no other word until this spring, when the same editor telephoned with what might be called the good news and the bad news. Good news first: Styron had been released. The bad news was, he’d been so ravaged by his bout with depression that he had abandoned The Way of the Warrior. Worse, the editor implied, Styron’s career might be at an end. This information was more than distressing; I refused to accept the idea that Styron’s voice could be silenced by anything short of death. I wrote him a letter, a somewhat embarrassing letter, for it was full of tough-guy, gung-ho attempts at reinspiring him, the sort of thing a corner-man might say to an exhausted fighter, but inappropriate when addressed to a sixty-year-old author recovering from a nervous breakdown. The gist of it was that writers sometimes need as much courage as warriors, courage of a different kind. If he was abandoning his book for artistic reasons; that was one thing, I said; but if he was doing so because he no longer felt up to it, he had to force himself to keep going. I then invoked the “never retreat, never surrender” spirit of the Marine Corps. It would not have surprised me if Styron had not bothered to reply to such rah-rah, but I received an encouraging answer in early April.

“Let me say again how grateful I am to you for your letter,” he wrote. “Corny as it may appear, it seems that only a Marine can be truly aware of another Marine’s suffering; you gave me a nice jolt of good cheer. Thanks from the depths. I’m pleased and proud of your friendship.”

And I was pleased that I had done some good after all. Still more pleasing was the news that he had not given up on The Way of the Warrior.

“It’s not so much abandonment,” he’d said in his letter, “as extreme alteration….I’ve completely restructured the novel.”

Over the phone, we agreed to discuss the book’s radical transformation when I visited New York later in the month.