BGS: Mel Brooks Says This is the Funniest Man in the World 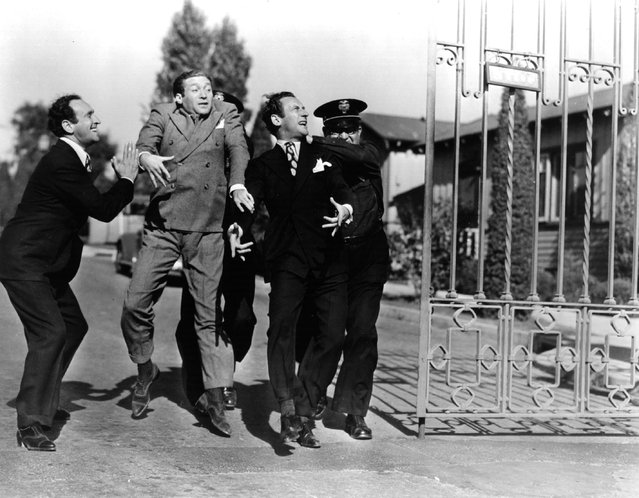 “As far as I’m concerned,” says Mel Brooks, “Harry Ritz was the funniest man ever. His craziness and his freedom were unmatched. There was no intellectualizing with him. You just hoped there were no pointy objects in the room when he was working ’cause you were down on the floor, spitting, out of control, laughing your brains out. Harry Ritz always put me away. Always.”

“This man gave comedy a whole new dimension,” says Sid Caesar. “Harry was the great innovator. His energy and his sensibility opened things up for all of us. He had to be the funniest man of his time.”

“Harry was the teacher,” says Jerry Lewis. “He had the extraordinary ability to deny himself dignity onstage. Harry taught us that the only thing that mattered was getting a laugh—whether you did it with a camel or with two rabbis humping a road map. Harry spawned us all. We all begged, borrowed and stole from him, every one of us. Without him, we wouldn’t be here.”

Almost to a man, comics adore Harry Ritz; they tirelessly tell stories about him, they dissect his style, they imitate his routines. If the world was made up of comedians, Harry Ritz would be the biggest star you ever saw.

But it isn’t, and he’s not. The recognition Harry did receive—as the top banana among the three Ritz Brothers—was relatively scant and short‑lived. During his heyday, in the late thirties and early ’40s, his particular brand of comedy was not thought of as art, and when it came time to list the immortals of that period, no one thought to include Harry’s name among them. Today, 33 years after the Ritz Brothers starred in their last feature film, it is very difficult to find anyone under the age of 40 who has even heard of them.