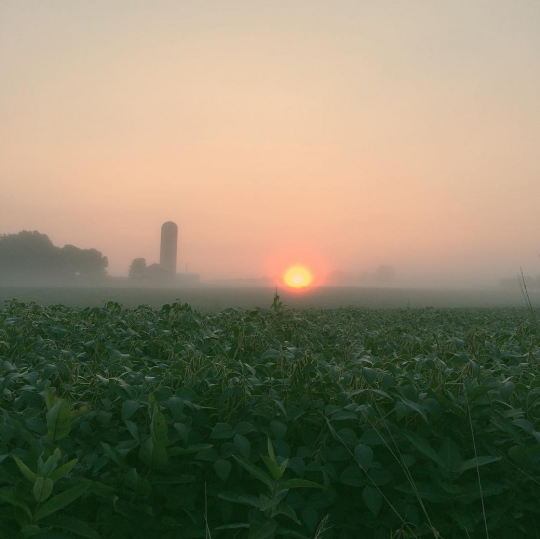 I guess that’s the thing–even when Eovaldi’s disappointing he doesn’t get bombed. He wasn’t all that great today. Staked to a plump lead he couldn’t get an out in the sixth inning, and once again, his outing wasn’t nearly long enough. The good news is that it didn’t matter as the Bombers scored a week’s full of runs for him–as they’re wont to do–battering Atlanta, 20-6. Even Stephen Drew had a big game and is now over the Mendoza line.

A sweep is just what the Yanks needed, especially considering the Jays ain’t slowing down for nuthin’.

That reminded me of this, which should be the rally song for a run to the Whirled Serious...

Great late August photo. Crop is ready to be harvested. Sun is still angry enough to heat us up, but it's about to turn cold.

Slick move by Cashman, highly unlikely to actually happen, but woy if it did...

At the very least, we know he's doing his due diligence up to the deadline.

Cashman is on the ball. When our starters average about 6 innings getting Robertson back could mean quite alot! Lock down 7-8-9 innings makes for shorter games. But as the article suggests, probably won't happen. Nice to think about (maybe getting TClip back too?)

Robertson pulled back by White Sox.