Prince or a Frog? 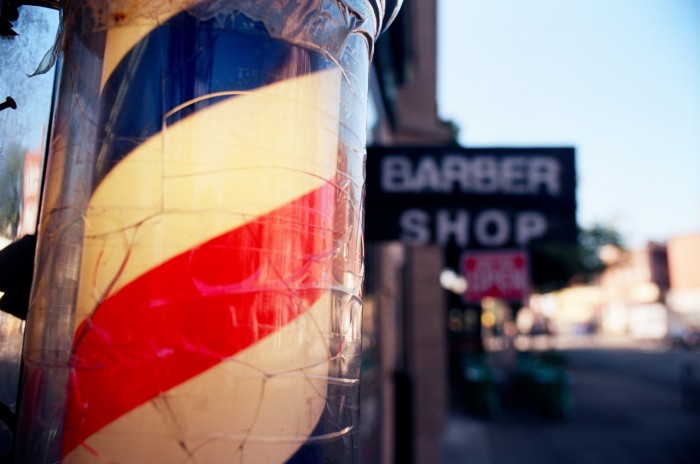 Three-quarters of the way through his first season in New York Nathan Eovaldi has shown more than promise, he’s shown progress. And it’s been fun to watch because I naturally find it easy to be extra critical of him. Initially, he was easy to root against. Every time I saw Eovaldi out there I expected him to implode. He’s a big, hulking guy and bears a physical resemblance to Carl Pavano. That’s probably it. But then you hear him in interviews and he’s a quiet, soft-spoken guy. Hard to get any sense of him but he doesn’t come across as a big jerk that’s for sure.

Unlike Pavano, he’s not a clod. Eovaldi is adept at pick-off throws, excellent at keeping baserunners from stealing–the announcers say he’s got good feet. His fastball–which touches 100+–his newly-developed splitter, his stuff, is tantalizing. Reminds me of AJ Burnett, the proverbial million-dollar-arm-ten-cent-head, the guy who never fully realizes his great promise (though, of course, Burnett has been a terrific older pitcher). And yet there is something passive about Eovaldi. He doesn’t have that thing that Matt Harvey has, the poise and aggression of a great pitcher.

So you have to wonder–is Eovaldi just a great arm or is he going to be a stud?

Well, he doesn’t often pitch deep into games and for all his stuff doesn’t strike a lot of guys out, but since getting bombed in Miami back in the middle of June, he’s been decent. Better than decent, he’s been good. Last two starts, against two potent offenses (Twins, Astros), he’s been especially good. Let’s hope for more of the same today.

Let's hope the Bomber Bats are revolutionary rather than revolting today.

Unfortunately, I gotta go to bed. Looking forward to reading the thread in about 7 hours. Night-all.

Watching the ATL feed. So far no mention of yesterday's tragedy.

Wait. We didn't score any runs in the first inning? Not cool. We did come close...

Of course, the blow jays already have 4 runs. Jesus.

The flag is at half mast and the braves held a moment of silence before first pitch.

I read an article on the guy. He seemed pretty great. Been sittin I the upper deck at braves games for 23 years. Big time family guy. Really tragic : (

That bunt didn't turn out well.

The bigger they are the harder they'll fall. Fuck the blue jays.

I always thought the worst thing in modern baseball was the awarding of the Cy Young to a pitcher with a one game won loss spread. Nate is 13 and 2. So he gets run support and has an elevated era. Who cares? They don't give the win to the football team with the most first downs. Pitching to the scoreboard saves walks and limits pitch counts. More hurlers should do it.
My rant for the day. Go Yanks!

he's been loving center field at the ted this weekend : )

Do we want the Mets to win today so the Sox won't feel too good going home?

eo - it's the pitcher. throw strikes!

This is not good.

The singles don't bother me. The walks bother me.

Still, I love baroque, so I'm giving him a pass.

nathan is what i call a "year-round" pitcher.

damn you, markakis. that was some rip...

Hmm, indeed.
Do you like Scarlatti, by the way? I have a feeling you do. He's a fave of mine.

[38] nathan can pitch in all four seasons.

i don't know a whole lot of scarlatti and don't seem to have his music in my collection. he was mentioned in school when i studied classical music and i'm sure i dug it. he was the rare baroque composer to transition into the classical period. i need to check out his sonatas.

i guess they tailor made that trivia question for me.

a-rod is the other current guy. i've written articles on this stuff! : )

just a few minutes ago, i was looking up possible 20-20 seasons for this year. goldy is already there.

Scarlatti is crunchy. That's why I like him. He's way crunchy ahead of his time.

There has never been a MLBaseball player named 'Scarlatti'. But of course, there are many Dominicans!

Oooh, if they had I could have said, "This is what Ronald Reagan wanted to do to Teheran."
But that would have been bad taste, so good thing I never said it.

Well, the hitting coaches can talk to him all they want, but you can't Telemann how to hit.

Whoa.
Geez, that was not a bad stroke.

[42] Scarlatti and baseball, is that like politics and poker?

Looks like Eovo is heading for another 6th inning exit.

[49] Actually, Tom Bosley, Mr. C. from Happy Days starred as Fiorello LaGuardia in the musical "Fiorello." La Guardia was short. Kind of like the runways at the airport bearing his name.

[50] My (obscure?) reference was to "Music Man," starring Preston singing "Politics and Poker."

I actually saw Bosley in "Fiorello" on Broadway.

This is pissing me off.

Suzyn you something different every day. A center fielder's throw hits 2nd base?

From the sublime to the ridiculous in a matter of moments.

i'm surprised we got an out there.

please get out of this with no further damage.

Gardner is batting poorly, way too many balls in the air. Please don't take it to the field.

my heart skipped a beat.

now, strike him out.

[1] like that!
New to this game. No worries? Even if Freddie the Freeloader ties it, the Yanks will come back.

ooh. that shoulda been strike 3. kinda.

Tying run on base.
Bullshit.

That was one clusterfuck of a 6th inning. Oi!

wait. that hit him? good acting!

Does that take Drew over the mendoza line?

another hit for drew!

a-rod for his *grand* entrance?!

Are there ANY Braves fans at the game?

C'mon Alex. Add to the record.

those are some numbers w/ bases loaded. wow.

Nice. Perhaps he needed a couple of days off.

Damn, I left for about five minutes. Good!

What is amazing...Arod has 100 career RBIs hitting grand slams.

just saw that yangervis solarte hit his 11th homer today. good on him!

Gardy could use a hit.

a-rod getting a standing ovation coming off the field for a pinch runner. i loves it!

There you go. Braves announcer: the "relentless yankee offense."

McCann only starter w/o a hit.

beli with his 3rd hit of the day.

and Mac has a hit.

Guess he got his hit!

Is there a back up catcher on the Yankee bench to pitch the last 9 outs?

i really want both runners to score here.

I almost feel sorry for the Braves. Almost.

i strongly feel that the yankees should play in atlanta more regularly!

I don't care how you Brigham, but Brigham runs.

there's another walk for didi.

From the ridiculous to the sublime.

i wish i were at the game!

How often does a pinch runner get to hit . . . in the same inning he pinch ran. Never saw that before.

So the pinch runner gets to bat in the same inning. Suzyn you don't see that every day!

So both the Braves and the Tigers have given up this season, we can score 20 just like the Jays against non-combatants.

ugh. i hate when we start giving up runs in garbage time.

think about the run diff!

i do not dig brandon pinder.

throw strikes. it's the fucking pitcher at bat. jeez.

why is mac still catching? give the guy a breather...

There are two definitions of "pinder"
Urban dictionary...one who urinates on others for no apparent reason"
Websters... "one who impounds stray animals".

Pinder get a hit!

Okay, now I feel sorry for the Braves.

Come on, Didi, I want to score a score!

Damn, Pinder has one hell of an OPS now.

Oh fuck off, I am not posting too quickly.

another walk for drew. perfect day for the true yankee!

i had one last request: that we reach 21 - i typed out the card game name and word press didn't like that. how did they know i wasn't referring to the Donald Byrd album on Blue Note?

well, still one more inning to score one more run.

i'll only be slightly disappointed if we don't reach the drinking age.

i hate football, but we're up by two TDs and each team has missed an extra point.

Also very skittish about a certain type of medication that spammers talk about a lot. You know you can't say here that someone is a lefty speci**list?

mac is at 1b. woulda been cool to see a-rod there.

Okay, don't just remove him from the game, send him out into the street, never to return.

jesus christ. asshole. let ryan pitch. brendan, not lavarnway. that would be weird. like his last name. MOT, right, RI?

Back to hating Pinder.

Right!
But, I'm glad there's a Brave who's a tribesman. Makes sense.

nice catch, rbj. i'd be very unhappy if the bravos were knocking on the doorstep of double digits.

scary flyballs from The Urinator.

But that's okay. Make them hit it, and we'll catch most of them. Only the BBs are inexcusable.

So Johnny Gomes's 18.00 ERA is looking pretty good! They should have had him pitch. He could have had a CG and kept the Yanks below 20.

i wonder if gritner (SC) grew up a braves fan...

Glad Drew didn't come to bat again. Why ruin such a nice day for him?

it's also high time i admit something to you guys. the score truck has been parked in my driveway the past coupla weeks in anticipation of the pinstripers coming to my adopted city.

Good to see Mitchell back out there. And he handles the comebacker!

ooh, gotta be a bit scary for mitchell.

bethancourt with a lower average than drew!

Some yakker wrote that this was the worst destruction of Atlanta by the Yankees since 1864.