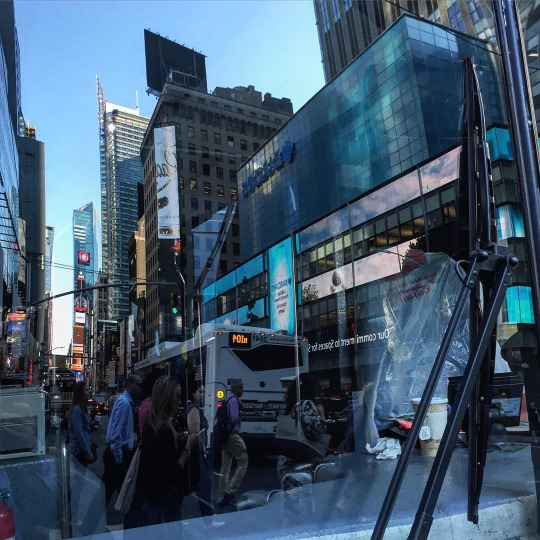 The Sox played a spirited series against the Mets this past weekend in Queens. Got to figure they’ll have plenty of upstart left in them.

My first reaction to the firing of the Mariners GM Jack Zdureincik was that I didn't know that Roger Ailes ran a baseball team.

Score 'em all. And then some.

Is it me or are Sandoval and Papi twins?

E and a K. Not a good inning for Panda

[7] Panda was so appealing as a Giant, so unappealing as Red Sox. Maybe red is not his color?

Yanks need to win, but this ain't the pressure cooker game we all remember vs the Sox.

[6] more like big and little brother, but both big.

[11] I didn't realize until papi batted but Sandoval is much fatter.

Mookie dookie. Nova has to keep it here.

Cash these ducks in, Didi

Didi is a punk rocker! Stating n to Station!

Hey all! Can't watch on my computer tonight because of the blackout of the local game, so I haven't bantered, but just wanted to share the joy of this inning.

Well that was truly pathetic.

And give Bird credit going with the pitch 0-2 for the single.

Oh, come on.
Are you fucking kidding me?

That is absolutely fucking horrible. Goddammit!

That was a waste.

If Jacoby just hit it like three degrees to the left it would have been a base-clearing double.

I feel I jinxed it. Sorry.

I miss home plate collisions. That would have been time the time for one.

Anything can happen at this orb of death ballpark. Many more runs to come.

Nick Nolte is flipping numbers on the monster. Sounds about right. {sarcasm}

Ara.. can anybody stop the rain?

Now if we only had that double last inning

[42] other than the dude who controls retractable roofs, I've got nothing. C'mon, Chase!

No Bird Do.
But a great AB, and excitingly disappointing.

Is Perdroia out for the season?

[50] I heard Lovullo interviewed yesterday by Ed Randall on the FAN. Seemed to say they are hoping he will be back before end of season.

Apropos of nothing, Lovullo is a childhood friend of my nephew who grew up in Southern California.

Nova kept it together there,,,barely.
I was a big supporter of Nova from the beginning, but lately his body language and gesturing has not been confident.

Expanded rosters in April and having flexibility in September with each series roster makes sense to me.

[25] Buck says you should have to designate 25 for each game. I agree.

[56] Other than that one grand slam, A-Rod has been awful last month or so.

Three innings to get a couple of runs in Fenway facing a bad bullpen. I like the Yankees chances, but Nova has to be on a short leash, and the best Yankee relievers have to pitch.

I guess Brock Holt's parents didn't want to waste syllables with his name.

Not so big fat liar, is out and telling stories again.

[60] I was just thinking that. Sound like a cough.

Jays out. Bottom of the order due in the ninth.

[65] Yeah, he tried to advance to third on a ball that got away from McCann. McCann recovered threw to third, and the tag had him a foot from the bag. He claimed was safe and for the Sox to challenge. They didn't, he made the last out at third.

[68] "I'll be there before the next teardrop falls"

PastadivingDidi
Does that come with Marinara?

The Sox have six games coming against the Blue Jays. The' d better play as tough...

Jays rallying. Hope the Yanks can do so too.

Eyelids getting heavy, night all

What's the over-under on the time of this game? We've reached the magical 3-hour plateau.

Just coz the blow jays lost 4-2, doesn't mean we have to. Let's keep the classless scumbags at 4 and win this fucker!

Ken Boyer - I meant thanks before. Not sure why the iPhone changed it. And I can't see comment numbers on my cell...

They're bound to score.

I can't stand any more. Catch ya'll on the flip side.

The worst that could happen. It's only less stinging because the Jays lost. One more chance...

oh, wait. it was the ump's fault on beli?

Judging by the way this game has been going, Headley's due to ground into a game-ending double play, right?

he's gonna get a nice line drive base hit!

Jesus, Bird, get the ball to the outfield. No line drive dp to end it, dammit! Keep it moving, Hoss.

Do we have a runner for McCann?

Or that. Still need a hit in a big spot one time. C'mon, kid!

Bird takes a breaking ball for a strike on the outside corner.

Another one, this time Bird takes a whack at it, maybe trying to hit one off the monster. He's off-balance, though and can only foul it off, 1-2.

Takes a fastball on the inside corner, strike 3. Same pitch that nailed Beltran.

Rung up on a shit strike.

ooh, ya gotta swing at that.

(Why did I have to come back?)

a game of heatbreaking inches.

Fuck me running. What an absolute shit show.

Tough loss. Should have had it. Vet and Rookie take third striks in the same inning.

Fuck, that was painful. Damn.

But how 'bout that Didi, kids?

[114] I actually had tons of faith. On the bright side, It would have been out in the Bronx.

Didi is a keeper.

[121] that fucking sucked but I dig DiDi

Again, excitingly disappointing. The ump gave some borderline sympathy strikes that would have walked in another run. Should have won this one, but with the Jays losing, I will not lose sleep.