The Thin Man Gets His 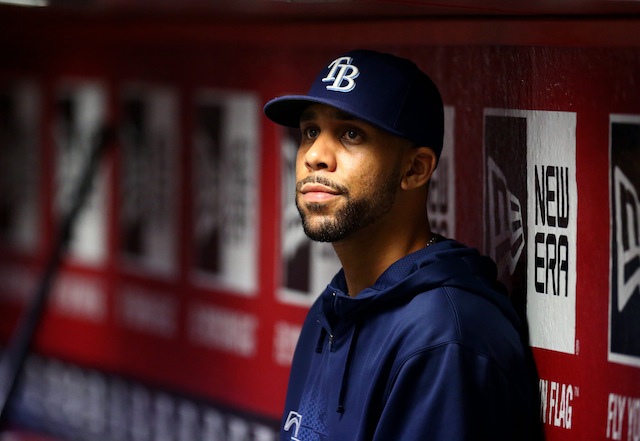 We’re used to rooting against David Price round these parts though he’s always seemed like an agreeable enough fellow. Now, we’ll absolutely be rooting against him since he’s set to play for the Red Sox who signed him to a whooper of a deal (7 years with an opt-out after 3). Our chum Pete Abe broke the story.

Enjoy the money, but may you have the worst luck on the planet between those white lines.

Jason Heyward does not move me. Injured all the time. Too many Ks. To be honest, I'd rather have True Grittner

5) How about Godot? Will you wait for him?

I don't wish Price any ill personally, but it looks to me like the Sawx will spend at least half this contract eager for it to be over (barring opt-out), and that's alright with me. (It's also too familiar a feeling.)

And since [5] opened the door on Gritner, let me be a lone voice in the wind here:

The idea of dealing him has been creeping from "plausible" to "likely" to "well of course they're gonna." But I would like to see him stick around. I know the personnel and contract situations that make him a trade candidate, but has he really become just a spare part so quickly?

I give him at least the benefit of the doubt on the wrist injury -- and if you factor that out, you've got a guy who has been on a pretty robust upward curve with his offense, and someone who can bring some maturity in the coming years when many of today's older Yankees will be gone.

[3] Teams will pay big for pitching but much less for everyday players. By 2018 the Yanks will be be fine led by Bird and Sanchez and serious young pitchers like Severino and Kaprelian.
[8] Either Gardy or Ellsbury has to leave. The only difference between them is hair.

8) And a whole lot of greenbacks.

Which is a shame, because on the field, which one do you want to see come to the plate with the GWRBI on second base?

I think the fulcrum of whether there's "no difference between them" is whether you buy the last half of 15 as an injury for G and not a sudden, permanent drop-off.

I find G more durable in the long run than E, and more useful when healthy. If only he had an un-tradeable contract of his own.

I don't understand why the greenbacks situation says keep Ells and trade Brett. I would say for the Yankees the salary situation doesn't help decide (because I expect you'd have to eat some of Ellsbury's salary to trade him).

Gardner projects better. He's a year younger, less injury prone, and has been on average a better player than Ellsbury. It's one of baseball's great injustices that Ellsbury has made about twice the money that Gardner has (not that anyone should feel sorry for Gardner).

The Red Sox also picked up Chris Young -- has anyone mentioned that here yet?

11) Speaking of untradeable contracts. I saw this article that talked about all of the no-trade clauses on the Yanks ( 7 and that is the record). Beltran, ARod, CC, Tex, Tanaka, McCann and Ellsbury. It really limits what you can do with this roster.

Gardner has a good contract and doesn't have a no trade clause. Unless the Yanks want to wade into the overpriced free agents, he is one of their only players they can deal to get someone on the field, if they trade prospects, they still don't have space on the 25 man roster.

What worries me about trading Gardner and getting another fat contract for the outfield is what that does for keeping Judge away until they shed Beltran. Look at Tex, ARod and Beltran did last year and maybe they all stay relatively healthy and produce, but Tex fell to injury again, Beltran started slow and ARod fizzled. I think we can expect more of the same and at best the same production, which was not enough.

Perhaps CC will pitch better and Tanaka will not be made of glass this year but the rotation needs help. No takers for Nova and Pineda hasn't put it all together yet. Nathan should come back and hopefully grow some more. The same question marks we had about the rotation's health will be there this year too, and they are a year older.

I don't like the idea of trading Miller in the pen. I would keep the strength that they have and it shortens the game. With the starters they have, and maybe getting a 2nd tier starter like Samarjia, and they still need a pen to help out and eat a lot of innings.