When Yankee Stadium Was Under Construction

Ah, to be in the right place at the right time, that’s the spot Ross Lewis, an associate director for WCBS-TV news, found himself in October, 1973 when the old Yankee Stadium closed its doors. Lewis, 30, early into his second career as a professional photographer with the NFL, was there in the Bronx on October 1, the day after the final game.

Lewis returned in November and into the winter. In early ‘74, the construction teams of packer systems briefly denied him access but the City of New York quickly worked out permission, and for the next two-and a half years, Lewis documented the transition between the old park and the new, modern stadium. The Yankees spent Nixon’s Watergate years—the Dog Day Afternoon, Taxi Driver era— playing crosstown in Queens, sharing Shea Stadium with the Mets. Meanwhile, as Hip Hop culture percolated in immediate vicinity, the new stadium came into shape.

Here is a taste Lewis’s fine work—a testament the architectural virtues of each stadium but also a thoughtful appreciation of the workers involved in the renovation, as well as the neighborhood people who watched them work. Now, forty years after the remodeled Stadium opened, Lewis is crafting models for an exclusive Fine Art book, as well as a photography exhibition. You can check out more his Yankee Stadium photos here. 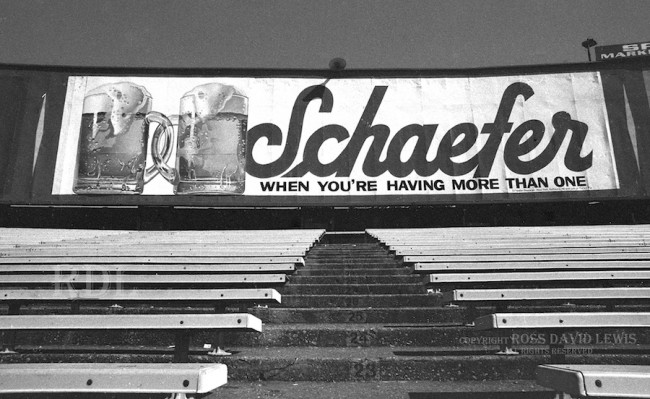 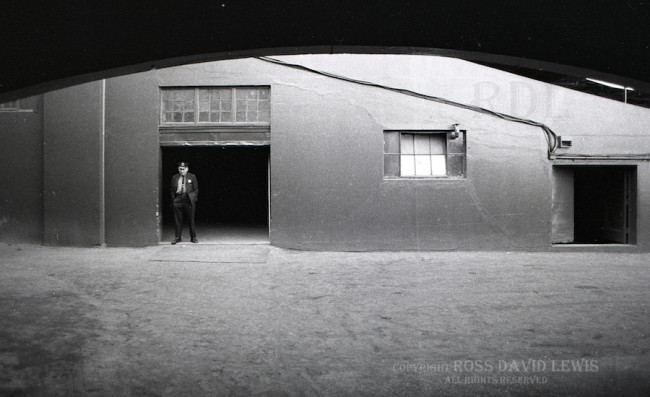 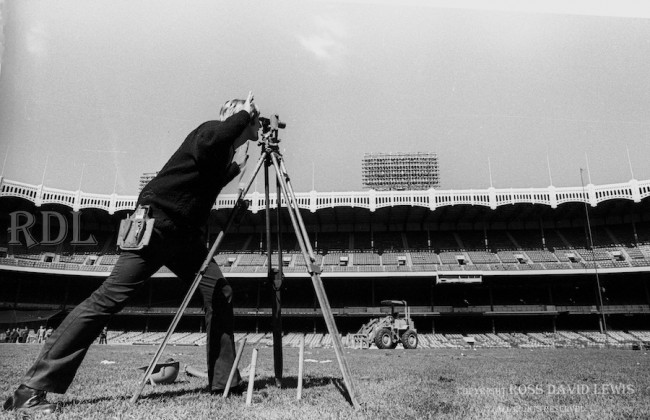 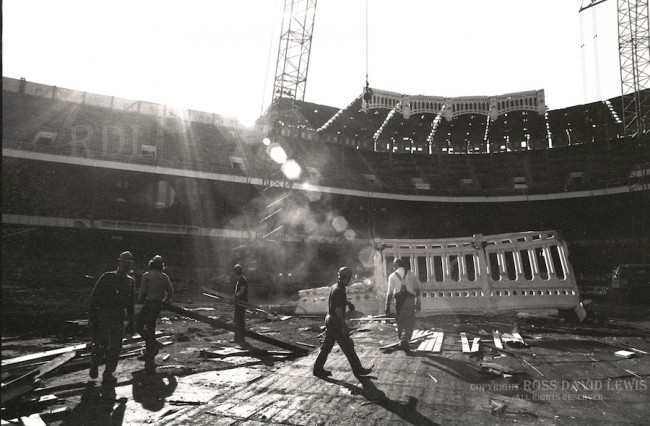 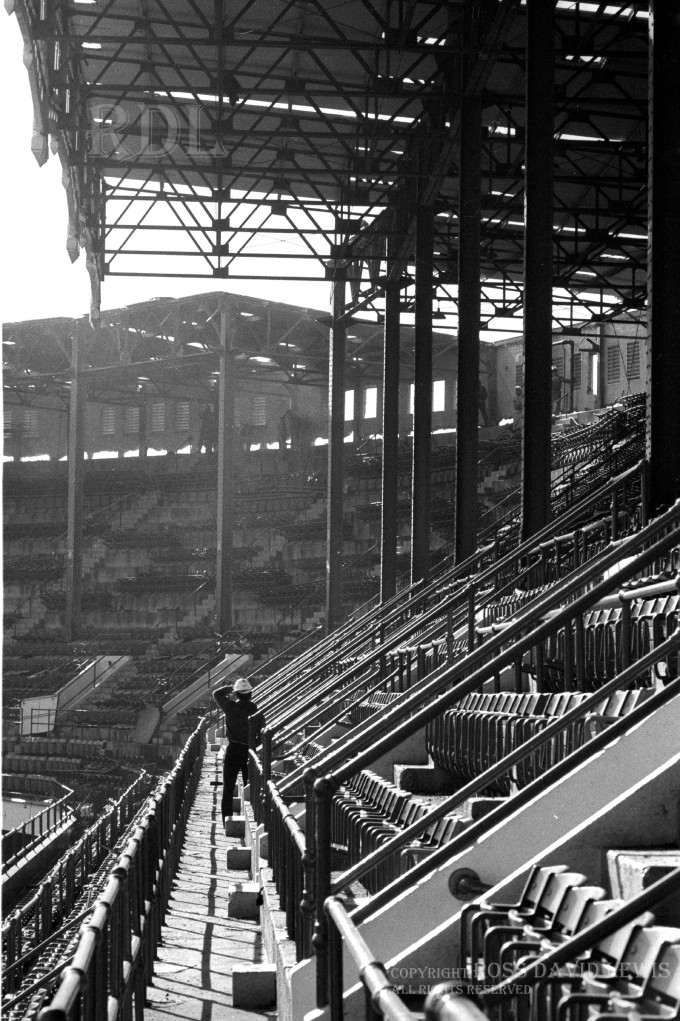 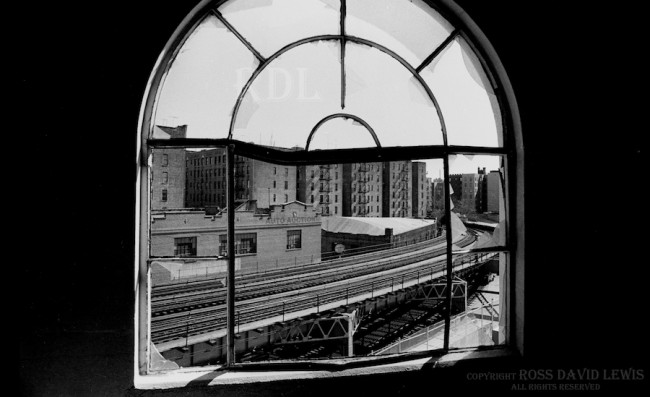 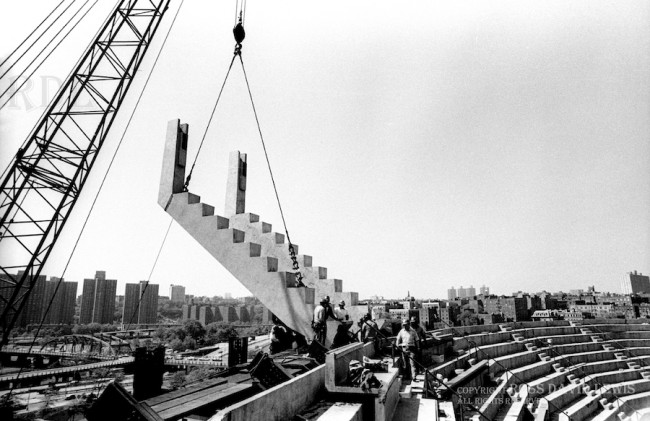 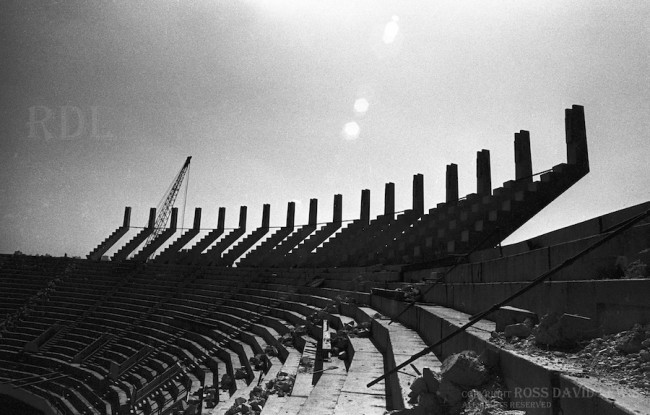 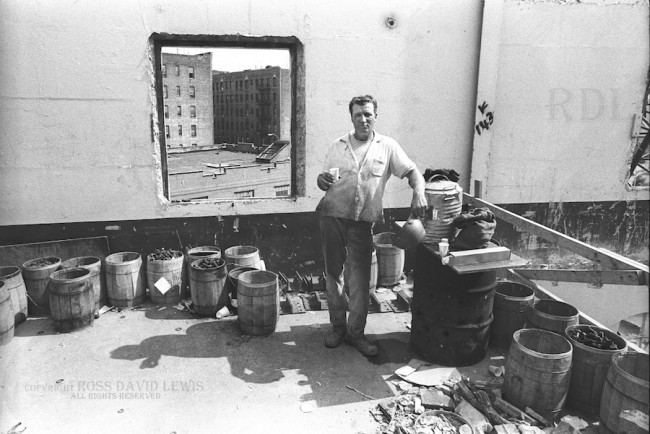 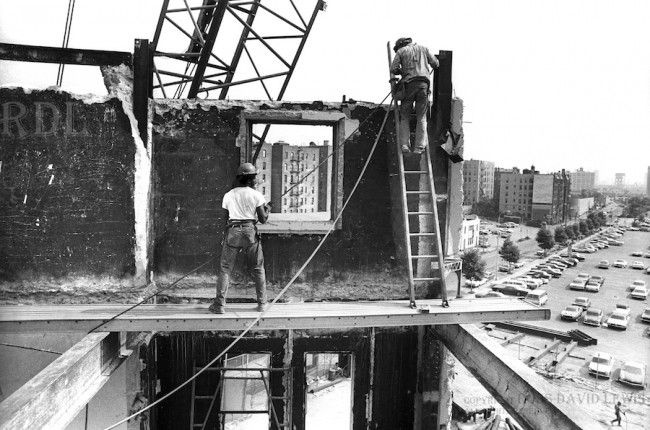 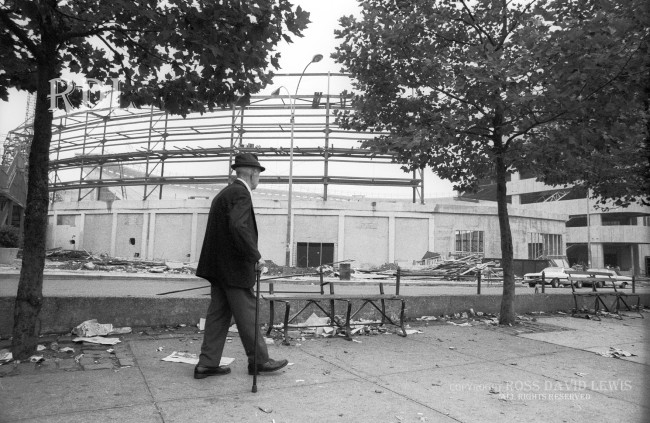 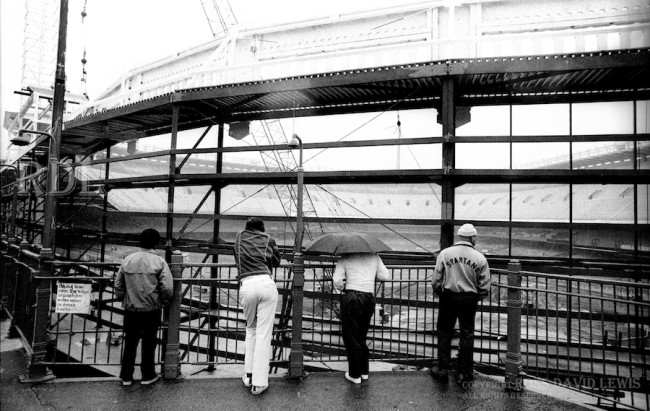 Sept.19, 1975—Watching the progress from the subway platform. 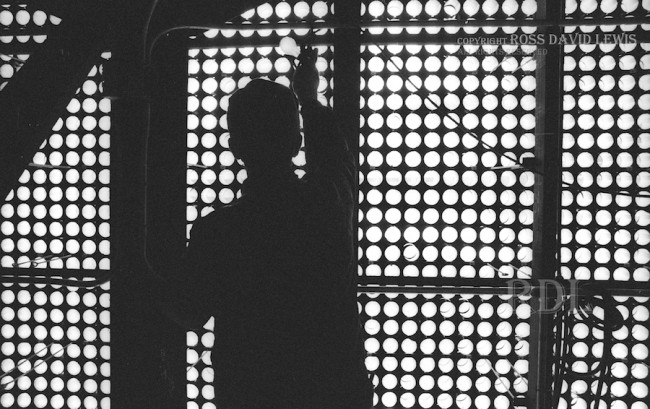 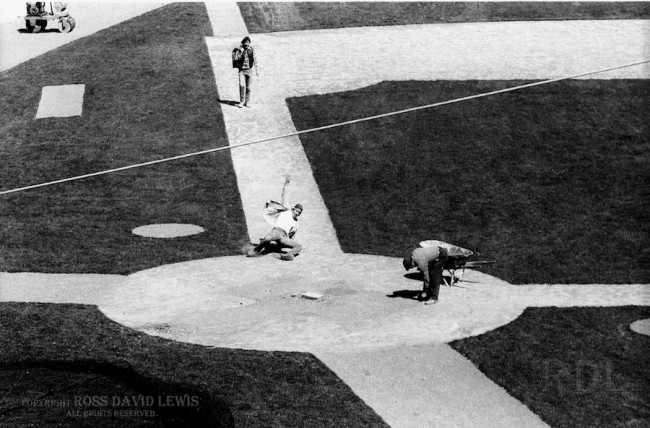 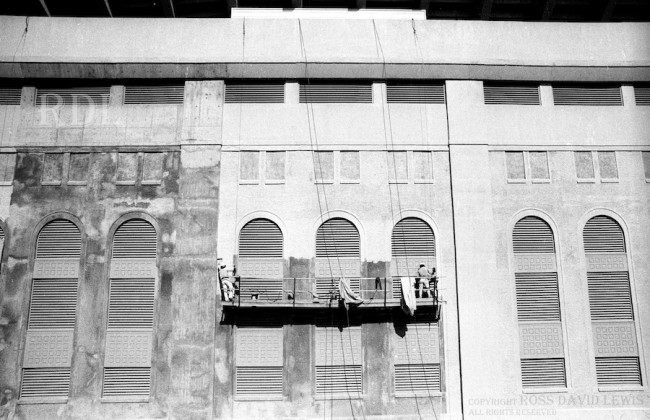 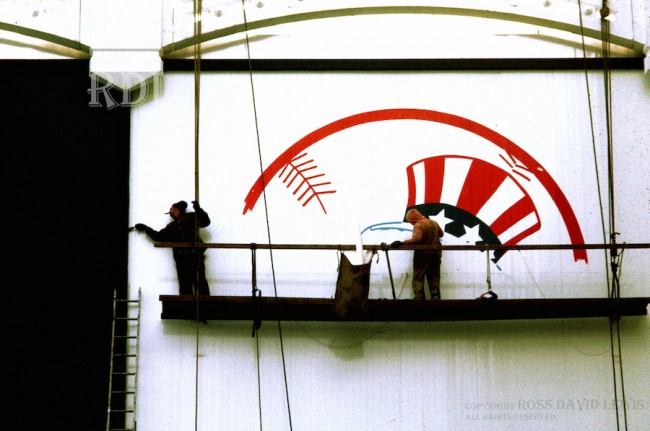 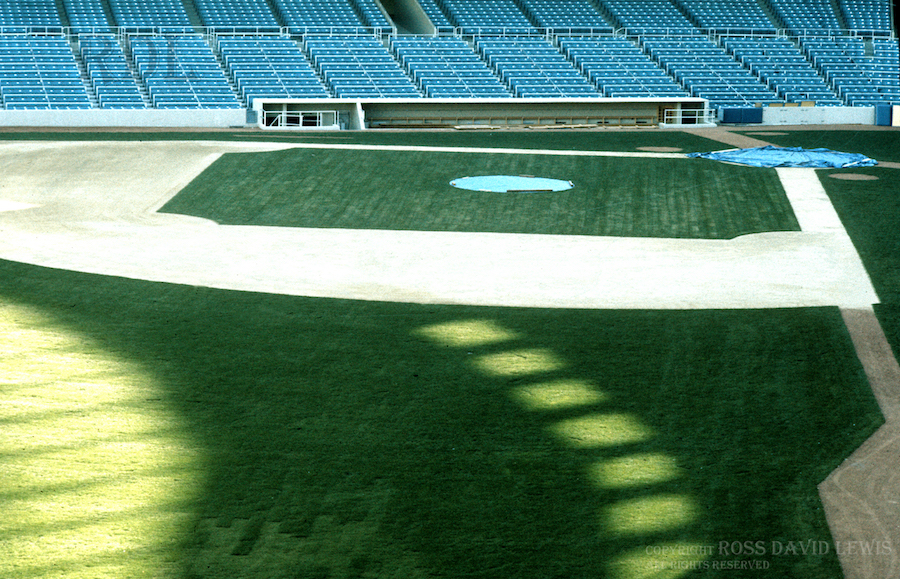 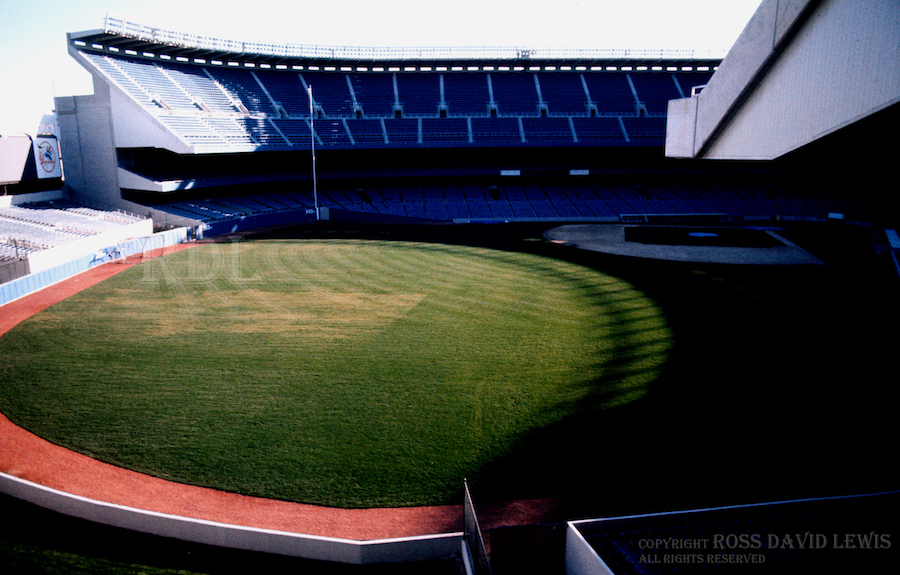 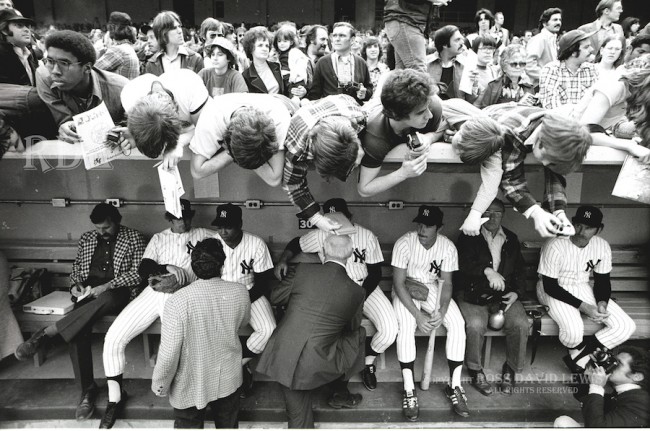 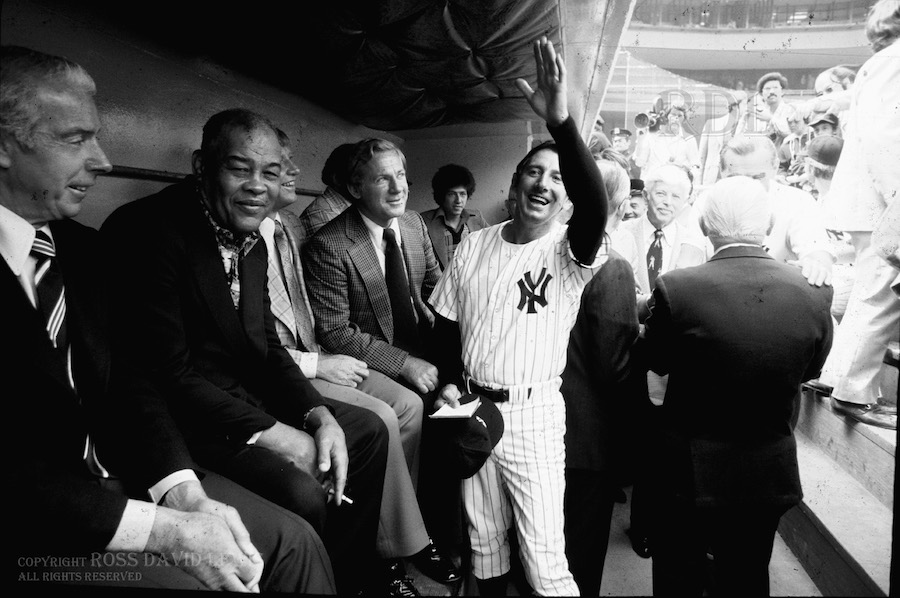