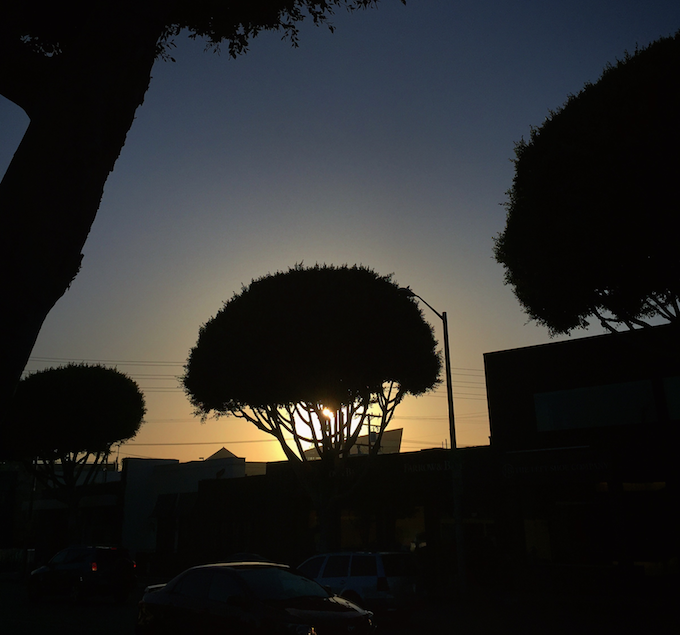 Masahiro Tanaka looks to get himself straight tonight in Anaheim. Yanks are on the west coast all week—3 in Orange County, followed by a 4-game series in Oakland.

Will miss the game threads til the weekend. Even unemployed I still try and get up early. Take the dogs to the park, then pound out cover letters.

I never got the "In-N-Out" thing. It's just a plain, boring burger. My Orange County, Angel Fan relatives think In-N-Out is manna from heaven, and they drag me there every time I visit. Guess it's a SoCal thing.

BTW, we finally got Shake Shack in Japan. I like the SmokeShack.

i don't mind giving sanchez a breather from catching every once in a while, but i think it's ridiculous to use romine with tanaka. tanaka is going to have to get used to pitching to sanchez. also, it's very irritating that sanchez sits every time it looks like he's starting to heat up. can't we keep holliday at 1st at least until bird comes back? he's not that much worse than carter there, is he?

[2] Shake Shack is the best out there that you don't make yourself. The SmokeShack is my go-to order. You can't beat it. Closest thing to them is almost anything that is made with Pat La Freida meats, but you have to cook it right.

We recently went to a diner on Rt. 9 in Fishkill that has some popularity among the celebrity and the proletariat alike; I tried what they called the Kobe Burger, which is basically supposed to be a burger made from the same type of steer that are raised in that part of Japan. I wouldn't know since I don't have a reference, but it wasn't special. They didn't charge much more for it, but I expected a lot with the rep, even from an imitation. It was good, but not Shake Shack good (PS: they opened one at the Cross County Mall in Yonkers, so I'm good for the year thank you!)

5 Guys used to be really good, but I think they expanded to quickly and the quality has suffered for it. Smashburger has a good concept, but lacks proper execution and is just too salty for my taste. My favorite non-chain burger place remains Paul's Da Burger Joint on 2nd Ave and East 7th St., followed by Croton Colonial Diner up in Croton-on-Hudson.

Never had an In-N-Out burger, heard lots about it, but I will wait and see. I remember Jack-In-The-Box being in the Mid-Hudson for a year or two; very distinct taste, but not something I miss. Burger King is trying to murder everyone with calories these days, so I've given up on them. Plus they don't flame broil anything in their stores anymore, it's freeze-dried and microwave. Completely inedible.

[4] At this point it wouldn't matter if Tanaka pitched to Johnny Bench or Yogi in their prime; if he isn't getting life on the ball, he's the one that needs to take a breather. This start will say everything. I can't see though, how has he looked?

[6] exactly, there's absolutely no reason to think he'll be better with romine. not sure how he looks because i'm blacked out. listening to john and suzyn so i only get an impressionistic rendering of what's going on. but i also learned they think beach balls are okay here because it's close to the beach.

I love me some Didi.

[5] Wow. Lot's of food for thought (sorry). Maybe 5 Guys will come here. There is currently a burger boom in Japan. Clear evidence is the market has matured enough to allow for fast food (BK, McDs etc.), a host of gourmet shops (independent 15-20 buck burger joints with booze) and the "casual gourmet" such as Shake Shack.

[6] [7] I agree (despite the joking I was doing in previous threads), it's crazy to sit Sanchez with how hot he is. That's one thing I hate about GI Joe's managing.

FUCK! You can't do that when a pitcher is struggling.

Wtf, Austin? That is some bush league D.

Whew. Romine must be nervous. As and Orange County boy he probably has lots of friends and family there tonight.

Yeah, Yo soy Gary should most certainly be behind the dish...

Wish we had Coney's insight on Tanaka tonight.

I guess most of yous guys are asleep. Where the hell are you, Jazz? You're not workin' are ya, ya bum ya?

Yeah, I can't stand "Flash." Why the fuck is that his nickname anyway?

Also, hate Blake Parker. Worst delivery ever. It's like he's batting. Of course he has a beard and is good now...

it has to hurt to swing that hard and miss

NBA is done, time for some yakyu. Love the west coast games from over here in Japan!

[20] Guys who are boring or super straight are often called Flash.

I gotta go to woik. Thanks guys. I hope the Score Truck gets through LAX Customs before the game's over.

we selected a right-handed high school pitcher with the 2nd round 54th pick. doesn't seem like we did very well...

let's get one more out here and keep the 1-run lead.

nice piece of hitting for judge.

lotsa yankee fans out there. i love that! :)

The Judge craze is a trip.

Angels a bit dull after all the basketball excitement earlier..maybe Scioscia will have a tantrum or something.

[37] no idea. i was thinking he would've put up the game thread. i guess it makes more sense if he puts of the game review post. we'll find out manana...

i had NO clue there was a basketball game. none at all :)

[39] You missed out! LeBron and Durant are all-time, ALL-TIME great athletes, a joy to watch as a neutral fan.

thelarmis, I reviewed a Taiko ensemble CD for a magazine recently. My comments: Taiko are big noisy drums, I like them. :)

no reason to throw home, judge.

that's it for tanaka.

Why does it seem like CLippard has pitched in 60 games this year?

i think this is his 29th game this season.

stoopid headley error. bad judge decision on throwing home, when there was less than zero chance to get the very speedy runner. tanaka and clippard unable to finish off batters...

[47] In 25 years we'll be on the porch watching the Yanks lose to an Angels team led by 85 year old Scioscia..it's infuriating.

we're not losing this game!

please plate him. would be really cool if he stole 3rd. i love me steals of third!

i know judge really wants to atone for his throwing miscue. now's a really good time.

The stadium is going *nuts*!!!

He did it again. i wanna say i don't believe it, but i kinda do. wow.

really hating that homer of his that was stupidly ruled a triple.

way to hustle, starlin. but, wtf are you swinging at? ugliest swings at the worst pitches. line drive to all you early snoozers! ;)

dellin coming in for the 4-out save.

dellin to face the bottom of the order in the 9th.

i guess randy levine is an astronaut!

I think Hank is based out of Oakland iirc; I'd expect him to chime in then.

Sorry to have missed this game thread! But like rbj I get up early these days.

missed the thread too, watched till the 7th, went to bed. watching on my phone in FLA because no TV where I am stuck. sorta funny that the MLB.com feed kept losing the Yankees' announcers while the sound of the stadium kept coming thru. interesting way to watch. love reading this thread as a recap!

RI - I should've used a semi-colon. I meant that Didi had 3 hits and was responsible for driving in the two runs we had on the board. But, of course you already knew that...

great job in the thread! I had to wake at 6am so fell asleep mid-game which I never intended to watch but struggled to fall asleep. Anyhow the thread was a joy to read after just having watched the finish.

The Judge does not disappoint. He simply rules. And I like the way he writes his opinions!

Yes, but I like it when you explain things.

Ooh, I don't care about any sport other than beisbol. That said, I did enjoy watching Jordan and Kobe.

Cool on the taiko drums!