< The Snowstorm—A Love Story      Where Have You Gone, David Robertson? > 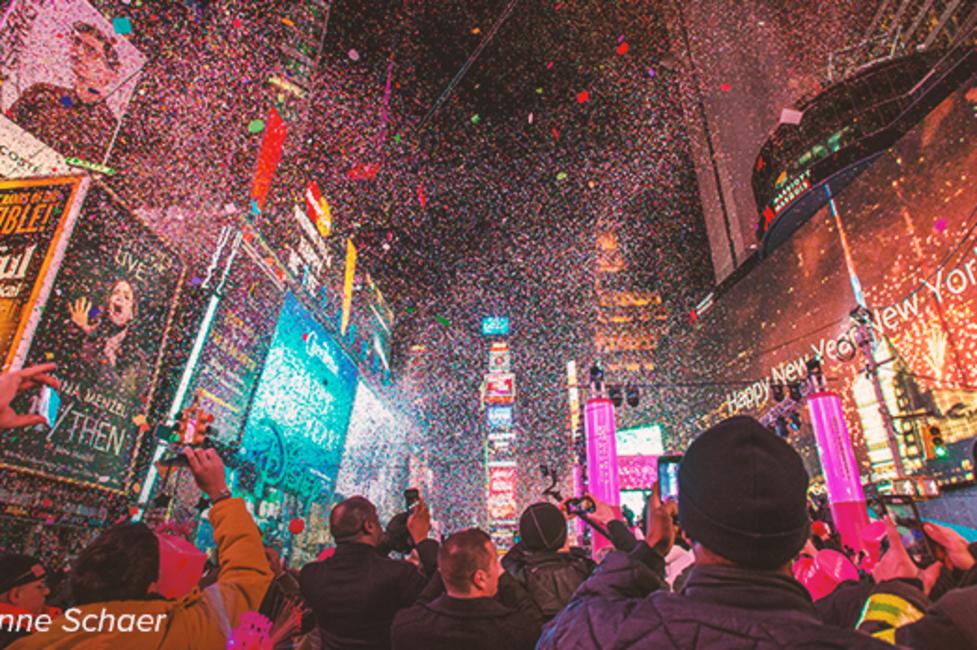 If you’re from New York and you know what WPIX means, you know what I’ll be doing after the bell. How are you guys spending your New Year’s?  >;)

Twilight Zone for me.

By now, everyone here knows we signed Tulo for the minimum. Word is he’d be at short, not second, at least for now. It’s barely 2019...

I've given up predicting what the front office intends to do, but Pinstripe Alley has an observation that might annoy fans to no end; if they turn out to be right, it'll be one of the things I worried about the most with the Yanks' adherence to numbers (specifically the wrong numbers).

[4] Link doesn't work, not sure which story you're talking about.

Sigh, D-Rob to the Phillies.
"“Philly really checked off all the boxes for me,” Robertson explained to Feinsand. “They are hungry to get back to the postseason and win. "

That quote is very frightening. So Hank and Hal aren't hungry to win in the postseason?

[5] Sorry, fixed. Here’s an update that follows the article I linked...

I've been harping on this for two years now. The days of spending to win are over. They are content with being perennial contenders, which they should always accomplish given how cheap it is for them to sign and develop young international talent. Don't be surprised when we don't resign our young stars, even Judge. I see this team being more like the Marlins than the pre-2010 Yankees.

[5] Hal & Hank... if they are signaling that they are treating the team like a cash cow; satisfied with making revenue and caring less about winning championships, then screw them forever, they’d be no better than the Wilpons. Considering the other bad press they got about their concessions, it’s fair to wonder if the Steinbros are either interested or capable of keeping the Yanks at an acceptable level of entertainment to the general public, nevermind as high class as they fancy themselves to be. There’s only so much the paying non-corporate or ultra-wealthy public will support before the bottom line becomes a huge issue (see CBS Yanks)

Happy New Year guys.Hard to critique the Yanks for spending what they're spending. Might be a little different if a certain outfielder wasn't on the payroll (starts with E). Word here is that the Nats are offering more $$$ to Harper. Seems nobody wants Machado, maybe he'd by happy in NYC where he need not be the the straw that stirs the drink.

Reminds me of the old aphorism that goes something like “shirtsleeves to shirtsleeves in three generations.” The first generation works hard, builds something, the second generation squanders it and thethirdis back to hard work.

H & H gave out the largest closer contract, took on the biggest contract ever, and now they get gun shy?

[10] It's not just them; if it were, Machado and Harper would have been signed at least three months ago. The Nats are just now revisiting a Harper deal after offering 10yrs@$300 mil; depending on what their new offer is, either they've seen the light or they know that no one wants to spend that kind of money anymore on anyone. Is it collusion or market correction? It sounds like collusion to me, but it would be much harder to prove if they are using analytics to judge value over performance; especially since agents like Boras do the same exact thing.

Well, there's Step 1 for the relief corp: Britton at 3yrs/$39 mil; with a team option for a fourth at $14 mil which, if not picked up turns into an opt-out after year two for Britton. Now the only way this isn't a disappointment is if they get Ottovino to replace Robertson (or as it is, Britton replaces Robertson and Ottovino takes Britton's spot. OR if the manage to score Kluber or someone at least almost like him *yeah right*

Anyone feel the SS situation is "solved"? Not me. I have a 100 bucks that says Tulo gets hurt in spring training.

Britton is a good pickup, and with his ground ball rate they will need some tight infield D.

Tulo is a nice low cost pickup and someone to help the Yanks tread water before they get Didi back in the fold or even someone that was signed so the Yanks don't look totally desperate to get Machado.

I don't think the new normal is about just staying under budget. The yanks make a considerable saving just getting under the cap. I think a lot of this also has to do with the perception of buying a title, which I imagine they are fairly sensitive about as well. And of course, it never hurts to turn a big profit.

I'm of the mind that the Yanks don't need Machado to have a successful off season and a great team. I would like them to have some more arms though. Pitching is always tougher to get in the early part of the season and you can't win in April and May but you can fall too dar behind to catch up.

Having a shutdown bullpen is a good start and while the rotation is solid, it has a lot of question marks and guys that won't necessarily give the Yanks length. I love CC but I think this was not a great signing. He doesn't take his conditioning seriously and his knee problems will continue while he tries to carry such a large frame. Now his heart issues too, and I worry more about his health than him winning games.

I understand that they have held onto Gray as insurance. Perhaps Sonny can put together a couple of good games as he knows that he is auditioning for his next gig, but he is not up to the pressure of pitching in NY. So it worries me that they may be counting on him to get some early season victories. Also I am sure that he has read the articles about them moving him and is probably has moved on in his mind.

[13] I think Tulo is this year's Neil Walker and a "smart play" signing if they don't get Machado on their terms. They seem adamant about not signing him at his asking price, but are willing to wait it out until others have written him off, then likely put a boatload of opt-outs in so they aren't tethered to him for the entirety of ten years like they aren't necessarily with Stanton and would have been with Cano (and are stuck with Ellsbury's basically dead money). I'm fairly certain Machado would much prefer the guaranteed money, so it's almost a matter of who blinks first.

[14] The Yanks have a lot less to lose in terms of the signings they've made than say Philly or the White Sox, who've moved closer to contention, but aren't as close as the Yanks to a title. All things being equal, the Yanks could have easily overcome Boston had a few breaks gone their way; they were keeping pace with them for much of the first half in fact and the post-season was closer than people think. And they didn't have the best start in April, but caught up quick once they found a groove.

CC not take his conditioning seriously? He just had heart surgery, I think that speaks for itself. Aside from that, CC's been a workhorse for most of his career, and he actually lost quite a bit of weight for one campaign a few years ago to take pressure off his knee, only to find himself less effective. That knee problem was bound to happen given his body type and how he throws, but even recovering from alcoholism his last season was probably one of his best in the last few seasons given the low work expectations (which he met; even with the ejection causing him to fall two inning short of his bonus, the Yanks gave it to him anyway and with their recent apparent penny-pinching that says a lot). He's definitely no more than a five in this rotation now, but he's not peanut brittle. As long as Sevi, Tanaka and Paxton can live up to or hover around ace potential and Happ continues to be Happ, I'll take whatever CC can give. The key this season is a return to form for Gary Sanchez, Severino to a lesser degree and the continued development of Andujar and whomever is manning first.

I don't get the Britton signing at all..

15) I love CC and I too am overweight. CC lost a lot of weight a few years ago and blamed that on his loss of velocity. This was before he revealed his alcoholism.

I am sensitive to that disease myself as I have been sober for 16 years. And that might explain my excess weight and CC's.

The extra weight was also a likely factor in his heart problems and it certainly is not great for his knees and legs to carry that extra weight.

Like I said above, I am more concerned with his overall health than wins and losses. CC is an amazing character guy and I imagine that is why the Yanks gave him his bonus.

CC is a quality human being and I would root for him even if he became a Red Sox player. (Not for them to win, but for CC to do well). But CC is going to have guys bunting on him and doing whatever they can to get on base especially in the playoffs. Having heart issues and traveling all over the country and eating out, might not be the best thing for CC's long term health.

[17] I feel you, it's not insensitive to point out, but the answers make sense too. There's no way for fans like us to know what's going through Cashman or Hal's mind in regards to the decisions they intend to make, and the best we can do is piece together their actions and make some sense out of it. I don't really have a firm stance one way or the other about what the Yanks should do because it's not my call, I can only hope what they have done will work out. I'm happy about them keeping CC though, because at the outset I've said that he has a whole lot of knowledge to impart on the younger players, who obviously respect him greatly and will love him even more after his statement pitch that at first cost him his bonus (to which he said I Don't Care). If CC doesn't pitch an inning next season, but sits in the clubhouse or in the BP on the DL even half the year, his presence is kinda like having Jimmy Key during the beginning of the last dynasty. If nothing else, the Yanks won't play around with his health.

MLB treats the team like a business, fans treat it like family. I kinda want to see how this plays out and who they have in mind the most; some of the young players they're building around will be entering their prime money-making years starting next year, so I wonder if all of this austerity was with that in mind or not. MLB will punish the Yanks in particular for having All-Stars at every position, unless of course they grow their own; in which case look for them to change the rules yet again >;)

And, random/not random, love all you folks! This is definitely a place where I feel right at home, whether you care for my style or not-so-much >;) Happy New Year!