In the Boom Boom Room 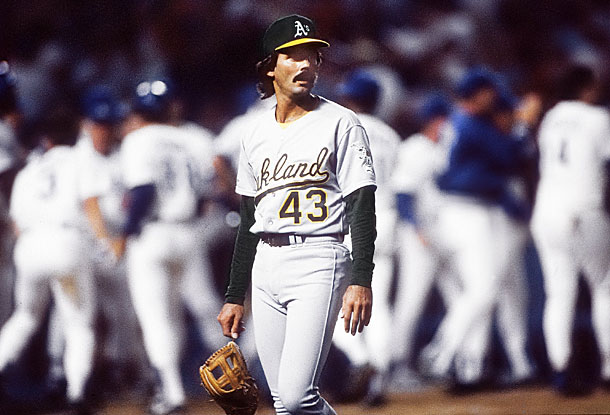 The Kirk Gibson home run turned 25 yesterday. I don’t have anything to add.  Watch it for yourself. 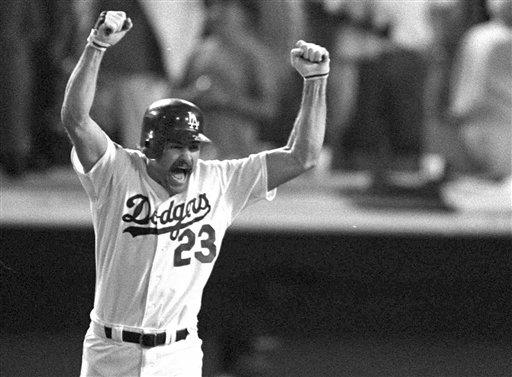 Check out this tender story by David Davis over at SB Nation Lonform: “‘She is Gone’: The Search for the Gibson Home Run and for the Answers to a Family Tragedy”:

On this day, as the afternoon sun bakes the dugout, I ask Gibson if he thinks about the home run when he returns to Dodger Stadium. He nods and peers down the right-field foul line. “I walk in here and always look up at where I hit the ball,” he said. “I kind of named it myself: seat 88 for 1988.”

Gibson has probably talked about this moment a thousand times, maybe more, but he seems in no hurry. “It’s very vivid to this day,” he continued. “I was in the locker room listening to Vin [Scully] on the TV saying, ‘Kirk Gibson will not be hitting tonight,’ and I just said, ‘My ass.’ I really had no business going up there to the plate. But, you know, it’s what I live for. I felt like my teammates wanted me to do it.”

I’ve arranged to interview Gibson because I’m trying to figure out what happened to the home run ball after it disappeared into the scrum in right field. Gibson himself never saw the ball again, and no fan came forward that evening, or the next day, claiming to have recovered it.

It is gone, permanently.

But this quest, I’m beginning to realize, is also personal. I had tickets to the very section where Gibson deposited his homer, but I didn’t attend the game. I can recall exactly where I was when he hit it out — which might explain why, 25 years later, I am trying to locate a ball that will never be found.