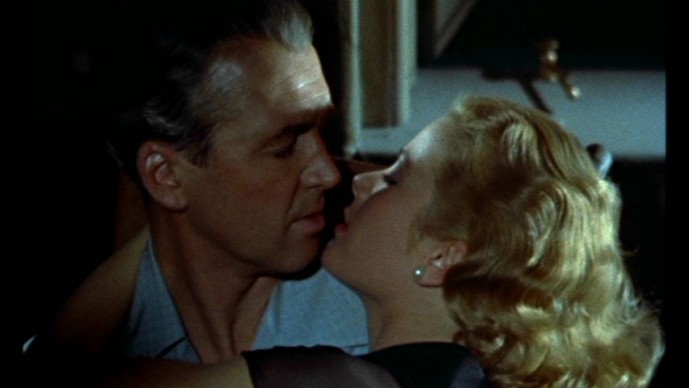 I’m not a Hitchcock fan but I’ve probably seen close to  half of his movies. Never saw Rear Window, though, just bits and pieces on TV. Until last week when I was in L.A. and went to see a screening of Rear Window at a revival theater in Santa Monica.

I had a good time; it was fun watching the movie with an audience.

The always wonderful site, Cinephilia and Beyond has a cool post about storyboard artists. 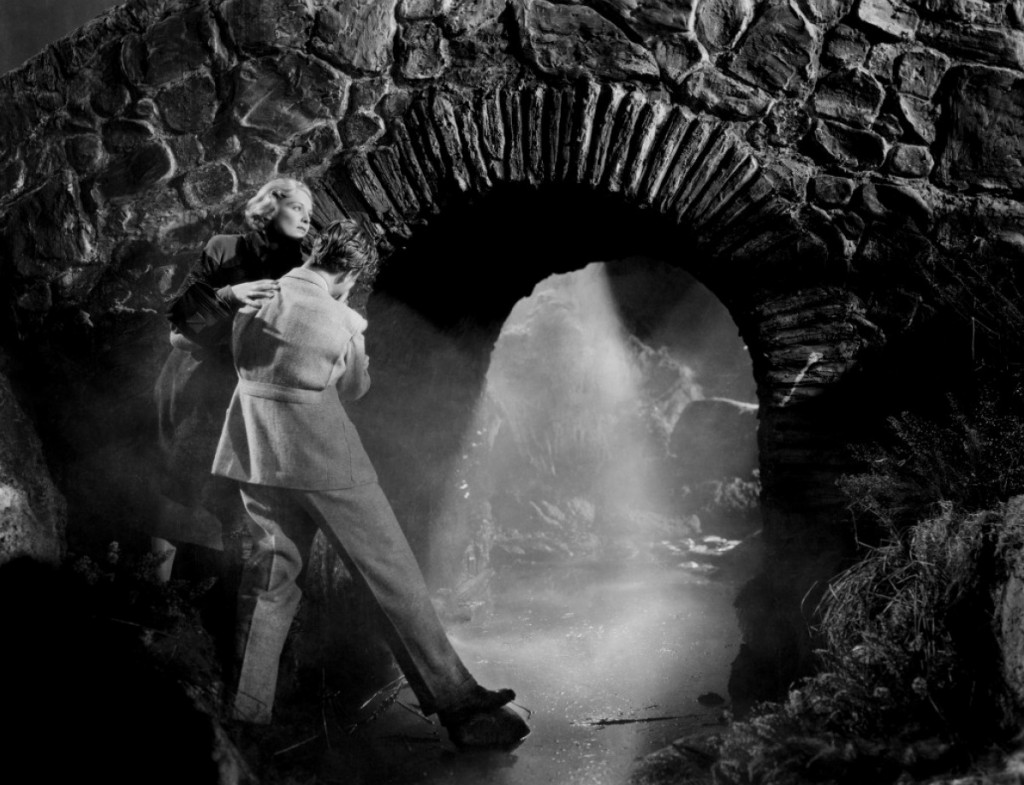 From Michael Sragow, here’s Robert Towne on The 39 Steps:

“I think it’s interesting,” he said, “Because most ‘pure’ movie thrillers, especially when you think of Hitchcock, are either fantasies fulfilled or anxieties purged. ‘The 39 Steps’ is one of the few, if not the only one, that does both at the same time. He puts you into this paranoid fantasy of being accused of murder and being shackled to a beautiful girl—of escaping from all kinds of harm, and at the same time trying to save your country, really. A Hitchcock film like ‘Psycho’ is strictly an anxiety purge. ‘The 39 Steps’ gives you that and the fantasy fulfilled. It’s kind of a neat trick, really.” 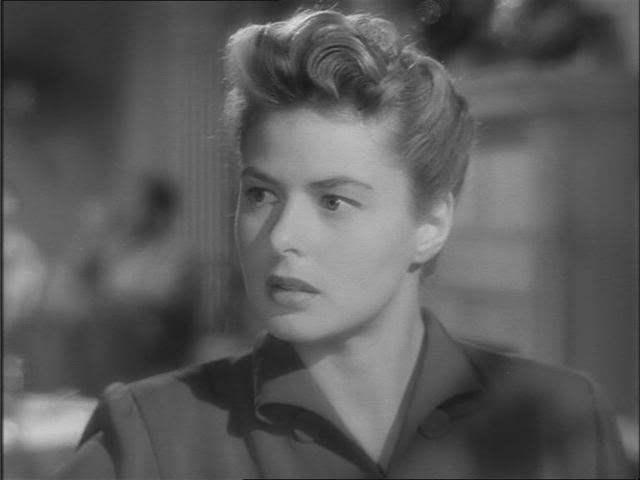 Game got rained out so I’m watching “Spellbound” with the wife. She loves Hitchcock. 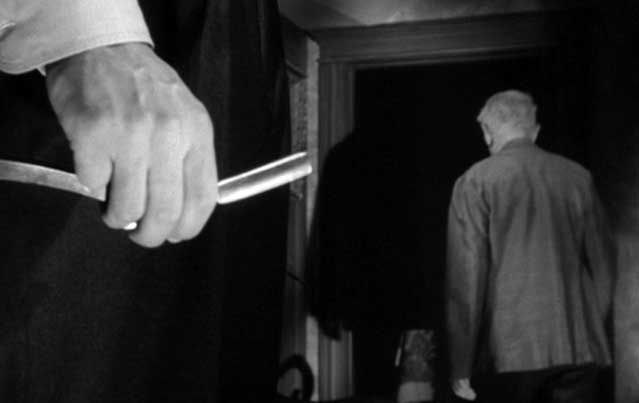 She is ascared, stressed, and can’t stop asking questions. “I love this movie,” she says. “Oh, I just love it.” 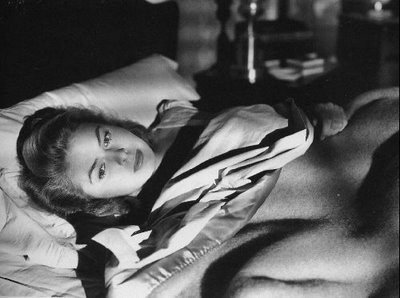 “How can you be typing at a time like this?” she says. 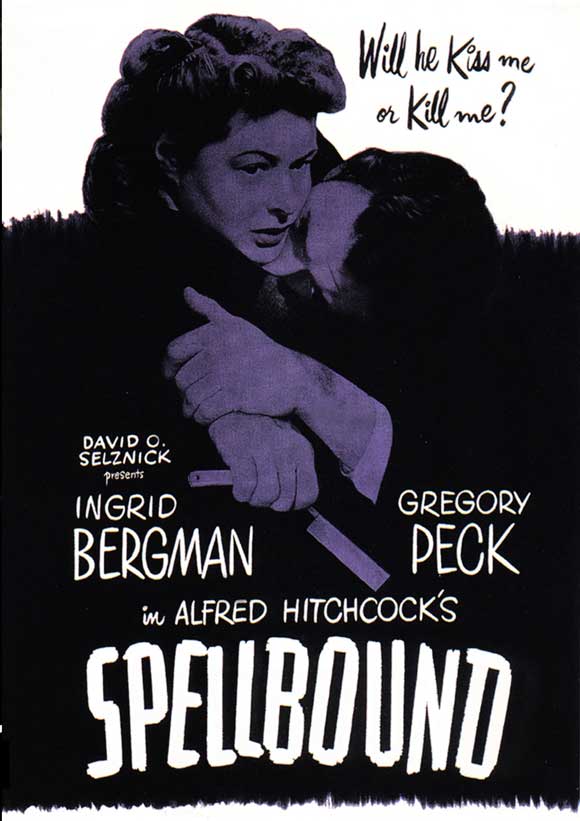 Because some things are too cool not to share:

Two weeks ago, I went to a panel discussion at Lincoln Center to celebrate two new books on the late, great Pauline Kael–a biography, and a new compilation. Camille Paglia was one of the panelists. She was smart and funny. I e-mailed her a question about P. Kael and  she was kind enough to respond.

Kael is sometimes criticized as being anti-intellectual,when in fact she was often anti-academia. She trusted her responsiveness to things and understood that those responses exist beyond logic. Why is this such a valuable quality for a critic to have? Can you talk about why Kael’s writing is still vital and relevant today?

Camille Paglia: One of the things I most loved in Brian Kellow’s terrific new biography of Pauline Kael was her open contempt for professors of English and film studies! Although she was very well-read, before and after her college years at Berkeley, she rightly detested pretension and pomposity. It was a revelation to me, thanks to Kellow’s ace research, that Kael (who had been born on a chicken farm in Petaluma) emerged from a bohemian San Francisco milieu suffused with Beat radicalism.

As I told Kellow on a recent panel on Kael at the New York Film Festival, this helped explain for me Kael’s emphatic use of the colloquial American voice—which I have also striven to do in my writing on popular culture. I despise the phony, fancy-pants rhetoric of professors aping jargon-filled European locutions—which have blighted academic film criticism for over 30 years. Kael socialized with poets in San Francisco. On the same panel, film critic David Edelstein called Kael’s writing “jazzy”—which is exactly right. It must be remembered that the Beats were heavily influenced by be-bop and cool jazz. Kael often uses abrupt, surprising syncopations in her writing that I would classify as Beat. I remain stubbornly attached to the Beat movement, which hugely influenced me in college. It’s one reason I ruffled so many feathers (to continue the chicken-farm trope) by my book on poetry, Break, Blow, Burn, which promoted the Beat style and rejected the cringingly artificial, pseudo-philosophical meanderings of grossly over-praised contemporary poets like John Ashbery.

Browsing through the Library of America’s massive new collection of her writing (called The Age of Movies), I was stunned at Kael’s range and power. Her voice, shaped by the American idiom, is still utterly fresh and dynamic. She is a superb role model for young writers. She has a keen eye for crisp detail and a lust for both attack and celebration. This is a perfect moment for the release of the Kellow and Library of America books. Cultural criticism is in the dumps. Nothing important is coming out of academe, and the “serious” general magazines are insular and verbose. Film criticism has waned, and the Web is overrun with gassy, sniggering, solipsistic snark.

As I said at the panel, the two new Kael books struck me with special force because I have just completed over four years of work on a book on the visual arts for Pantheon. In the process of my research, I was horrified by the degeneration of arts criticism in the past four decades. What excited me anew about Kael’s work is that, even though she was writing solely about movies, she was constantly inventing fascinating paradigms and templates for talking about the creative process as well as the audience’s imaginative experience of performance. Because most of my career in the classroom has been at art schools (beginning at Bennington in the 1970s), I am hyper-aware of the often grotesque disconnect between commentary on the arts and the actual practice or production of the arts. Kael had phenomenal intuition and gut instinct about so many things—the inner lives of directors and actors, the tangible world of a given film, the energy of film editing.

I find Kael stimulating and provocative even when I disagree with her. That’s the entire point of good writing!—to force the reader to think independently. For example, I loved the decadent European art films that she mocked—above all, La Dolce Vita. But her scathing satire of those films was hilarious and persuasive in its own way. I am also very fond of Rich and Famous, George Cukor’s last film, over which Kael got in big trouble because gay activists thought her review homophobic. Preparing for the panel, I viewed that film again via Netflix and was startled to see that YES, there is indeed a glaring male-hustler moment in there that makes no sense whatever in heterosexual terms. So Kael was right about that. But I can’t understand why she failed to appreciate how well Jacqueline Bisset and Candice Bergen work together as a quarreling comic duo. They are fabulous!

And then there is Kael’s hostility to Alfred Hitchcock, which seems inexplicable in a major film critic—particularly since she was so enthusiastic about Brian De Palma’s Dressed to Kill, which is a Hitchcock tribute. Because Hitchcock is one of my favorite directors (I wrote a book on The Birds for the British Film Institute’s Film Classics Series), I have always been mystified by Kael’s attitude. When I raised this issue at the Film Festival, it led, I think, to a breakthrough. On the panel, director and screenwriter James Toback replied that Kael loved De Palma’s active camera and that she tended not to like static, long-held shots, such as Hitchcock was known for. Eureka! One of the main reasons I am so drawn to Hitchcock is that he planned his shots way in advance on story-boards, which he designed like classic paintings (he was an art connoisseur). It’s why he found shooting on set boring—because he had already composed the film in his head.

Then at the Film Festival dinner afterward, David Edelstein, who like Toback was a close friend of Kael’s, told me in passing how he had often tried to get her to appreciate Mahler and Bruckner, whom she actively disliked. (Kellow describes how her memorial service ended with her favorite Baroque music.) Second eureka of the night! I instantly said to Edelstein that this must be another reason Kael disliked Hitchcock—because of Bernard Herrmann’s lush, insistent, immersive, Mahler-like scores, which I adore and would describe as ecstatic and visionary. Edelstein remarked that, in general, Kael was not interested in the transcendent. This is just one example of the exhilarating train of associations triggered by a daring, opinionated, and sometimes cantankerous writer like Kael. We are in desperate need of original minds and voices like hers!

That's The Way It Crumbles, Cookie-Wise

I’m tired and grouchy today, and Alex told me I was having an Oscar Madison kind of sports writing day. Which I am. This got us on a stream-of-consciousness email thread that moved naturally onto Jack Lemmon and led to our discovery of the following facts:

-Alex can’t stand Billy Wilder’s “The Apartment,” which in case you haven’t seen it, is awesome;

-He thinks Alfred Hitchcock is overrated;

-He didn’t come right out and say it, but I assume he hates puppies and picks his teeth with their adorable little bones.

Meanwhile, I don’t like Faulkner and am kind of bored by Buster Keaton.

What do your friends or loved ones inexplicably dislike?