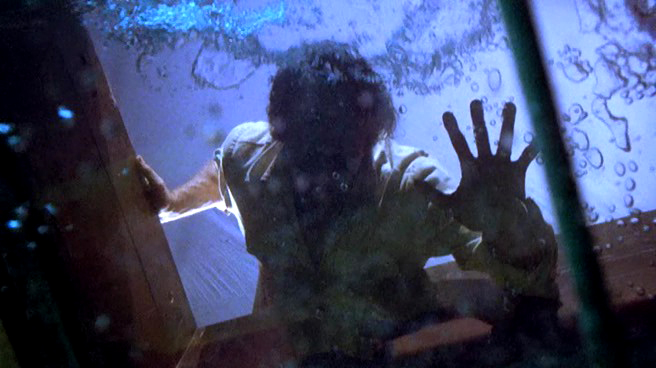 If you’ve never seen it, do yourself and check out Arthur Penn’s very 1970s noir, Night Moves.

Wednesday was a sad day for cinephiles — Arthur Penn, the visionary director of Bonnie and Clyde, passed away at 88. As well as being one of the great American filmmakers of the 60s and 70s, Penn also knew tremendous success directing for the stage, as well as television. Dave Kehr has a fairly comprehensive and thoughtful obituary in the New York Times. Roger Ebert also weighs in with a warm tribute. From Kehr’s piece, here’s a quote from Paul Schrader that nicely states what the fuss is all about:

“Arthur Penn brought the sensibility of ’60s European art films to American movies,” the writer-director Paul Schrader said. “He paved the way for the new generation of American directors who came out of film schools.”

Penn was not simply a stylist, but a director who got the best out of his actors: think of Gene Hackman in the brilliant, underrated neo-noir Night Moves, or Jack Nicholson, wonderfully underplaying to Marlon Brando’s outlandish dandy of a gunslinger in The Missouri Breaks.  (Heck, he even got something out of Arlo Guthrie in Alice’s Restaurant.)

However, Penn will no doubt best be remembered for Bonnie and Clyde, a film usually attached to words like “seminal,” “revolutionary” and “watershed.” It not only indelibly altered Hollywood movies, but movie criticism as well. The vastly different reactions of old guard critics like the Times’ Bosley Crowther (who loathed it) to those of “young turks” like Ebert and Pauline Kael (in her first piece for The New Yorker) marked a new attitude in American film criticism to match the new films and younger audiences filling late 60s theaters. It’s also worth noting that it’s success essentially saved Warren Beatty’s career and launched Faye Dunaway, Gene Hackman and Gene Wilder as movie stars. Looking back 40 plus years later, it’s easy to appreciate what a vivid and vital movie Bonnie and Clyde remains, if decades of copycats have taken away the shock that 1967 audiences felt.

It will be interesting to read more comments on Penn’s life and work as they roll in from his collaborators and directors he inspired (I’m especially curious to hear from Beatty and Martin Scorsese).  Now that 3D and CGI have too often become a substitute for substance in the cinema, it’s sad to see another master go.

Yeah, the movie is dated–it’s so Seventies–but hey, it’s Hackman, man. Most certainly worth watching.