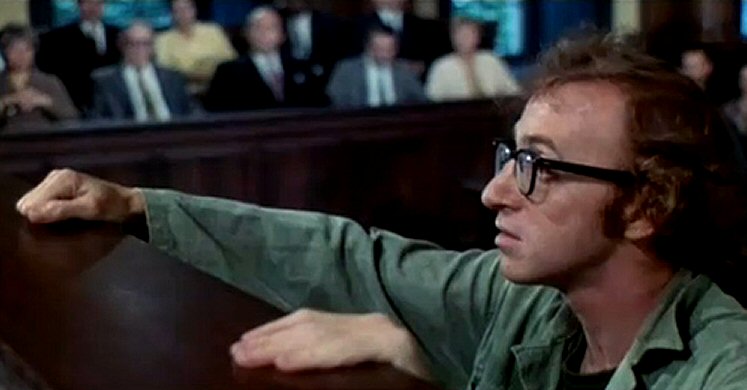 More mishegoss at the Rodriguez hearing.

Charlie Pierce on the Rodriguez-Selig slapstick:

That The Greatest Scandal That Absolutely Ever Was has come down to a faceoff between Rodriguez and Selig is proof enough of what a comic opera the whole escapade has been from the beginning. The hysteria over PEDs in baseball — and, thus, in every sport — has unfolded the way in which all drug hysterias in the history of this country have unfolded. It has been fueled by misplaced moral panic, anecdotal evidence, anonymous slander, and a fundamental disregard for legal and constitutional safeguards — all in the service of what has been sold as a greater good by executives and media members who became famous or wealthy in the pursuit. It has been an exercise in simplistic moralism, so why shouldn’t it come down to one villain and one hero? The whole thing has been a scary story for children right from the jump.

Rodriguez seems to have very few friends in baseball, and probably deserves to have even fewer than he does. His image has been leaking hot air ever since he joined the Yankees. And yes, he is floundering in a vain attempt to rescue the reputation he personally fed into the wood chipper. But, in his battle with Selig, it’s important to remember that — while Rodriguez is fighting for his reputation, and Selig for his legacy — they’re also both fighting just as hard to avoid something else. Neither one wants to be the lasting face of the steroid era. The commissioner would like to fit Rodriguez for the role, because that’s the only way to save Selig’s legacy; this makes his pursuit of Rodriguez look less like an attempt to rescue the game and more like an elaborate attempt to cover his own historical ass. 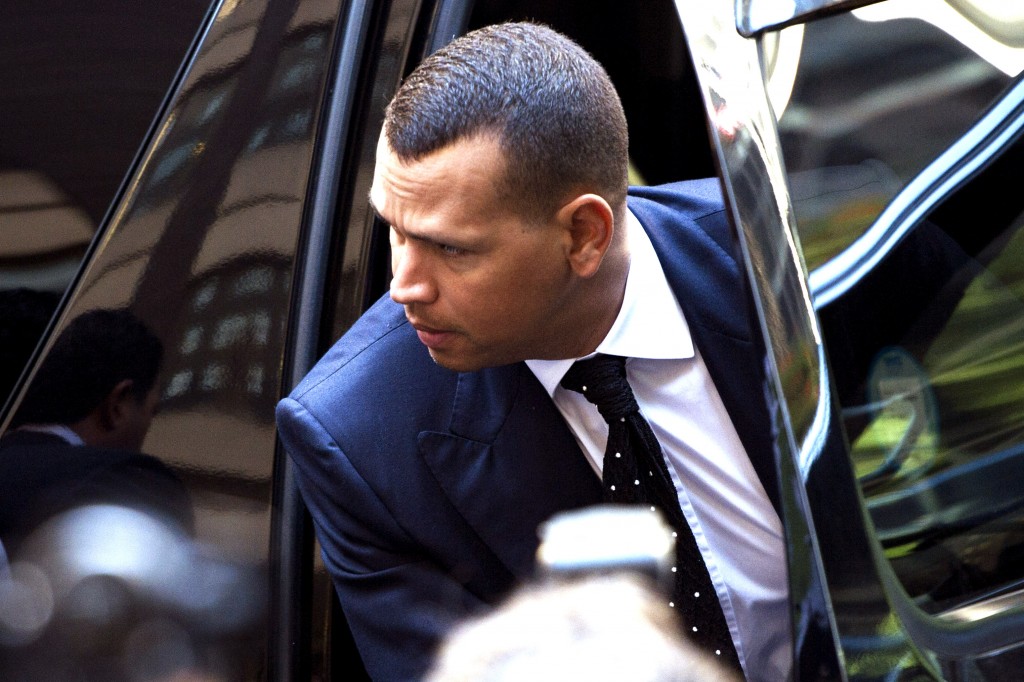 Big story in the Times today detailing the sordid case against Alex Rodriguez:

In the nine months since Mr. Rodriguez and more than a dozen other players were linked to a South Florida anti-aging clinic that is believed to have distributed banned substances to professional athletes, baseball officials and the Yankee third baseman have engaged in a cloak-and-dagger struggle surpassing anything the sport has seen. The extraordinary investigative tactics, playing out in multiple locations, reflect Major League Baseball’s resolve to prove one of its stars cheated, and that player’s determination to discredit baseball officials.

Witnesses for both sides in the pending arbitration proceedings claim to have been harassed and threatened. Some were paid tens of thousands of dollars for their cooperation. One said she became intimately involved with an investigator on the case. And some witness accounts have shifted, leaving each side scrambling to defend the sometimes inconsistent stories provided by former employees and associates of the now-defunct clinic, Biogenesis of America.

The dispute — which involves lawsuits in Florida and in New York, and a battle over grand jury transcripts in Buffalo — has become so extensive that Major League Baseball has once again turned to its go-to consultant for complicated problems, the former senator George J. Mitchell, whose law firm is assisting with the growing caseload.

These details have been gleaned from dozens of interviews conducted by The New York Times over several months with witnesses, current and former law enforcement officials and lawyers involved in all sides of the dispute, and from documents obtained by The Times relating to M.L.B.’s case against Mr. Rodriguez, as well as police reports and lawsuits. Several witnesses and lawyers insisted on anonymity when discussing any aspect of the case because they have been ordered not to speak about the matter by the independent arbitrator who is hearing Mr. Rodriguez’s appeal of his 211-game doping suspension stemming from the Florida clinic investigation. 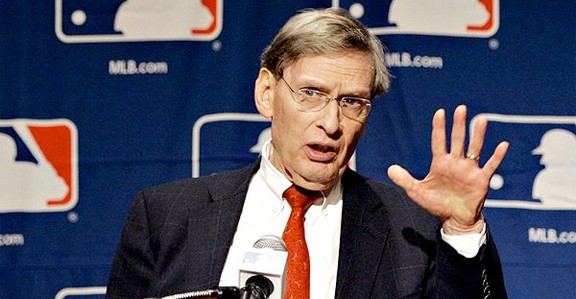 Measured only by the dollar, Selig’s tenure has been a success. However, by almost any other method, it has been a failure, for during his tenure whatever special place baseball still held in American society and culture has irreparably eroded. More than that however, baseball used to matter. Now, despite its financial health, the game is in many ways like an invalid living on an old fortune, wealthy but sequestered, important only to those who still need to keep the old boy alive to live off the crumbs that drop from his lap.

…At the same time, under Selig, the credibility of the game has been shredded. Under his limited sense of leadership, the game chose not just to ignore PEDs, but to revel in their impact, to juice the game artificially after a period of labor strife. Did they plan this? No. Did they see it happen and get all goose-bumpy, and start drooling at the financial rewards? Absolutely. As long as the checks cleared it mattered not that a host of records essentially became meaningless, that history was devalued, or that fully two decades of seasonal results are suspect (including Boston’s long awaited world championships in 2004 and 2007). All in the name of short-term gain, baseball under Selig chose to insult the intelligence of several generations of fans in favor of those who came to the game, not as fans, but as corporate guests.

Baseball has always been a business, but for years its success depended, at least in part, on the ease with which it was easy to forget that. All pretense of that is gone now. Baseball is only business, and business is the only measure that matters. Witness the changes to the All-Star game, the playoffs, the escalating cost of watching the game, in person, on TV, or the Internet. If there is a National Pastime anymore, it is the ATM.

And let’s not forget drug testing.

Joe Posnanski wrote a great post recently on Bud Selig and his claim to believe the long-since disproven tale that Abner Doubleday invented baseball, a post which began as follows (with considerable abridgment here because Posnanski is a fantastic writer but good lord, the man is not concise — and you should really go read the whole thing):

Look, I like Bud Selig. Veteran readers of this blog will know that when I start that way — with “I like Person X” — that usually follows with me attempting to then skewer Person X. Well, I can’t help it. I do like Bud…

…So, because I like Bud, I just kind of shook my head sadly when I saw Tommy Craggs’ story at Deadspin, the one where he prints a Selig letter that calls Baseball’s Easter Bunny* Abner Doubleday the “Father of Baseball.”

Joe Posnanski is a nice midwestern fellow. I am not, so I’ll begin my post a little differently: I do not like Bud Selig. He probably does love baseball, as Posnanski asserts, and good for him. But he’s also fond of collusion, allergic to taking responsibility for his role in any of baseball’s problems, rigidly opposed to any change that does not directly lead to profits for the owners, and in favor of any that does. It doesn’t help that he possesses the sense of humor and charisma of a damp cauliflower. And then to find out that the freaking Commissioner of baseball believes a silly, baseless fable about how the game he represents came into being… sure, Bud. And the Earth was created 6,000 years ago, and the internet is powered by magical fairy gerbils.

When I read about Selig’s statue going up outside Miller Park this summer, my first reaction was to hope that, in my next life, I might come back as a Milwaukee pigeon.

Anyway, I bring this up now because Selig has been talking about a plan to expand the playoffs and add another Wild Card team in each league, and according to an article in USA Today this morning, many of the GMs at this week’s meetings in Florida are in favor of the idea. And I, although I do mostly like the Wild Card, and give Selig credit for adding it, am not.

Selig plans to address the possiblity of adding one wild-card team in each league to the postseason at this week’s general managers’ meetings. That would create 10 playoff teams. The two wild-card teams would play a first-round series — likely in a best-of-three or one-game tiebreaker — while the six division winners would have a first-round bye.

Obviously the “best” team doesn’t win the World Series every year, whether you go by overall record or overall hitting and pitching stats – and that’s fine; the playoffs would be pretty boring otherwise. But one wants, at least I want, the best teams competing. The San Francisco Giants were not the best team of 2010 by any measure I’d use, but they were a team with legitimately great pitching and I enjoyed watching them win.  The 2006 Cardinals, however, were (in my view) a pretty mediocre team that got hot at the right time (Jeff F****** Weaver pitching like Cy F****** Young, do not even get me started)… and that’s okay too, it was all fair and aboveboard, but I wouldn’t want a team much worse than that winning the World Series. When you play 162 games the weight of your record should mean something.

Moshe over at The Yankee U just put up a post expressing similar concerns. I appreciate the Wild Card because it adds spice to the last months of the season and gets more cities, and more fans, involved til the end. But I think already it rewards mediocrity more than one would want in an ideal world, and I don’t think baseball should push it any further.

Am I just being reactionary here? I don’t think so – I support changes like instant replay; I’m not a purist. But this seems like a cash-grab to me.