He spent his life pretending to be someone he wasn’t. Now he wanted me to know the real deal. 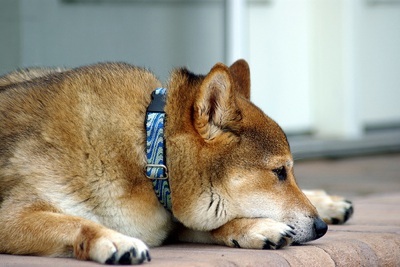 Here is PJ at his best. This essay about his father first ran in the November/December issue of AARP in 2006 and is reprinted here with permission from the author.

My father died in the spring of 2005, a year and a half after my mother died, and a week after he visited my wife and me in Fort Lauderdale, Florida. He was 95. She was 97.

My niece was with my father when he died in a hospital room in Bridgeport, Connecticut. She told me at his funeral that he had awakened from a coma and began shouting for me, “Patty! I have to call Patty!” Then he died.

My father’s visit was my brother George’s idea. “To connect with Dad one last time,” he said. Actually, he’s my half brother. We have the same mother but different fathers. His father left him and our mother a few years after my brother was born. Then my father married our mother and raised my brother as his natural son, although he never adopted him legally. I came along 14 years later.

I went to the airport early to meet Dad. My brother told me to get him a wheelchair. I said, “He’s too vigorous for that. It’ll embarrass him.” He said, “No, he likes the attention.” I pushed the wheelchair to the gate and asked one of the exiting passengers if he remembered an old man on the flight.

“He’s bald, with a white mustache,” I said. The man said, “You’re the writer! He talked my ear off about you the entire flight.” I said, “That’s him.”

Finally Dad came hobbling out of the jetway, clutching a small bag in one hand and, in the other, a paperback book. I hadn’t seen him since my mother’s funeral. He looked the same, only more halt. He wore a navy blazer, rep tie, and gray slacks. His con. “I always dressed Ivy League,” he once said.

“The suckers bought it.”

“Curly!” I said. He looked up with his opaque, gray-blue eyes. We kissed on the lips as did all the men in our Italian family. “I got you a wheelchair, Pop. But you won’t need, will you?”

“I’d like it,” he said in a weak voice. I settled him in the wheelchair and began pushing him through the crowded airport. He arranged the paperback book on his lap so that its cover showed. Kafka’s Metamorphosis. People smiled down at him, and then up at me, the dutiful son, also an old man with his white beard.

We stood outside in the hot sunshine and disorienting traffic. “Wanna wait here while I bring the car around?” I said.

A sheriff’s deputy stopped traffic so Dad and I could cross the street to the parking garage. It was dark and cool in the garage. I sat him down on a bench near the elevator. “I’ll get the car,” I said.

As I walked toward the car, I called Susan. “How is he?” she said.

When we got home Susan greeted Dad at the front door with a kiss. “Wait here, Dad,” she said. “I’ll put the dogs in the backyard.”

“That’s all right,” he said. “I want to see the orphan.” He meant Matthew, our mutt, the one we’d rescued. Our other five dogs were thoroughbred Shiba Inus we’d bought. Matthew was always deliriously happy. Our Shibas were aloof. They thought we were lucky to have them.

Dad had never met Matthew, but he identified with him from the first moment we got him. “An orphan, like me,” Dad said. Dad never knew his mother or his father. His mother was a 16-year-old girl from Italy who gave him up to an orphanage the moment he was born to her in a strange land. Dad lived in the orphanage for 15 years, then he got a job sweeping out a pool hall. He slept on the green felt tables. Over the years he became a great pool shooter for money, and then an expert with dice and cards, and every form of gambling. That’s how he made his living. His secret, he said, was that he always looked for the edge. Marked cards, shaved dice, and an affected intellectualism that was a masquerade. He would hustle the Palm Beach swells for inside information at their private club box at Hialeah Park racetrack during the Flamingo Stakes, flaunting a Jay Gatsby-esque manner of speaking and a superficial knowledge of the Greek philosophers, without any notion of what they meant, except to use them in his con to separate the “suckers” from their money. But he gave his money away, to his cronies, his wife, his sons. It was the con he loved.

Shortly before I was born, Dad went to a judge to get his name legally changed from Pasquale Giordano to Pat Jordan so I would be born “an American.” The judge said, “That’ll be $17.” Dad said, “I don’t have the money.” The judge felt sorry for this poor Italian, with his lowered eyes and deferential slouch, so he changed my father’s name for nothing. What the judge would never know was that my father had over a thousand dollars in his pocket in that courtroom. Dad’s con gave him his sense of worth as a human being. Every time he conned the “suckers” out of money, or love, or intimacy, it was proof in his mind’s eye that he was someone special, smarter, better. Dad’s con was the most important thing in his life.

Matthew was a con, too, but in a more elemental way. He ran out of the North Carolina woods one night and up onto the porch of our cabin with his two brothers. They were straggly, starving, flea- and tick-infested mountain puppies no more than 12 weeks old. We fed them all. Matthew’s two brothers wolfed down the food and ran back into the woods. Matthew stayed. He tried to climb into our laps. He licked our hands. He lay on the deck on his back with his legs spread, his pink belly and tiny balls exposed. So, we adopted him. Our Shibas resented him at first, this interloper, until he conned them, too, and they accepted him into the pack.

Susan opened the front door wide and Dad stepped inside. Our dogs came running. Our Shibas sniffed at Dad’s shoes and pants and then lost interest. Matthew leaped up on Dad with his paws, whimpering and wagging his tail, as if he had been waiting for Dad all his life. Dad giggled. “See!” he said. “My fellow orphan loves me.” I didn’t tell Dad that Matthew loved everyone; that was his con.

We got Dad seated at the dining room table. Matthew stood up on his hind legs and draped his front paws over Dad’s knees. He stared up at Dad with his huge brown eyes filled with such love that Dad was almost moved to tears. “He loves me,” he said, and petted Matthew’s floppy ears. I made Dad a drink, a Tanqueray martini. “You remembered, son,” he said. He sipped his drink. Matthew lay at his feet. Dad smiled down on him. “He won’t leave me.” Susan brought a tray of cheese and crackers. Matthew perked up. Dad took a bite of cheese and crackers, and a crumb fell to the floor. Matthew licked it up.

We put Dad’s bag in the guest room. Susan set the table for dinner. I heated up the sausage and peppers. I had cooked in the morning, and served it to Dad with hot garlic bread and a glass of red wine. Dad ate methodically, silently, and when he finished, he said, “I’m tired. I think I’ll go to sleep.” He went into the guest room as Susan cleared the table.

Susan went to sleep in the bedroom with the dogs. I lay down on the sofa in the Florida room where I could see into the house in case Dad woke and didn’t know where he was. I watched TV late into the night, glancing toward the guest room, until I fell asleep.