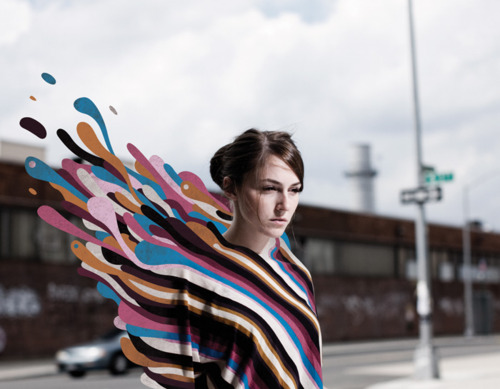 I’ve been fly since America had thirteen states.

One Time…(this record is smokin’ hot)

Two Times (tighter than the jaws of a gator)…

I’ve Been Fly Since America Had Thirteen States

I got off work and headed downtown yesterday evening just as it started to pour.  By the time I reached Union Square, the stairwell leading the street was crammed with people.  Some were just waiting for the rain to let up, others were soaking wet.  At the top of the stairs an African woman chanted, "Umbrella, umbrella, umbrella."  I smiled at her and said, "How’s business?"  She titled her head at me, paused and then went back to her mantra.

I braved the elements until I got to Fourth avenue and 12th street, where I stopped underneath an overhang, where several people were huddled.  I sat and watched the traffic pass.  It’s funny, the rain.  Some people are completely unfazed by it.  Others will wait it out cause they can’t stand getting wet.  A kid in his early twenties passed me, no umbrella, drenched, his t-shirt sticking to his long torso.  I remembered being in my early twenties seeing this kid and I smiled at his carefree manner as he strutted by.

Then a familiar face passed.  As I thought about who it was, I said, "J?"  The dude stopped and sure enough it was J-Live, the MC and record producer.  Back in the summer of ’01, the year before I started Bronx Banter, I conducted a long interview with J in the basement of The Sound Library, an upscale record shop, when it used to be on Avenue A.  This was just after J’s second full-length album, All of the Above was released.  Although it took some time to pin him down once we spoke, J was insightful and a thoroughly decent guy.

I’ve drifted from the music scene in recent years though I did hear that J put out a new record earlier this summer.  I congradulated him on the new joint (which I haven’t heard yet), told him what I’m up to, and then let him go.  If it hadn’t been raining, I would have never run into him.