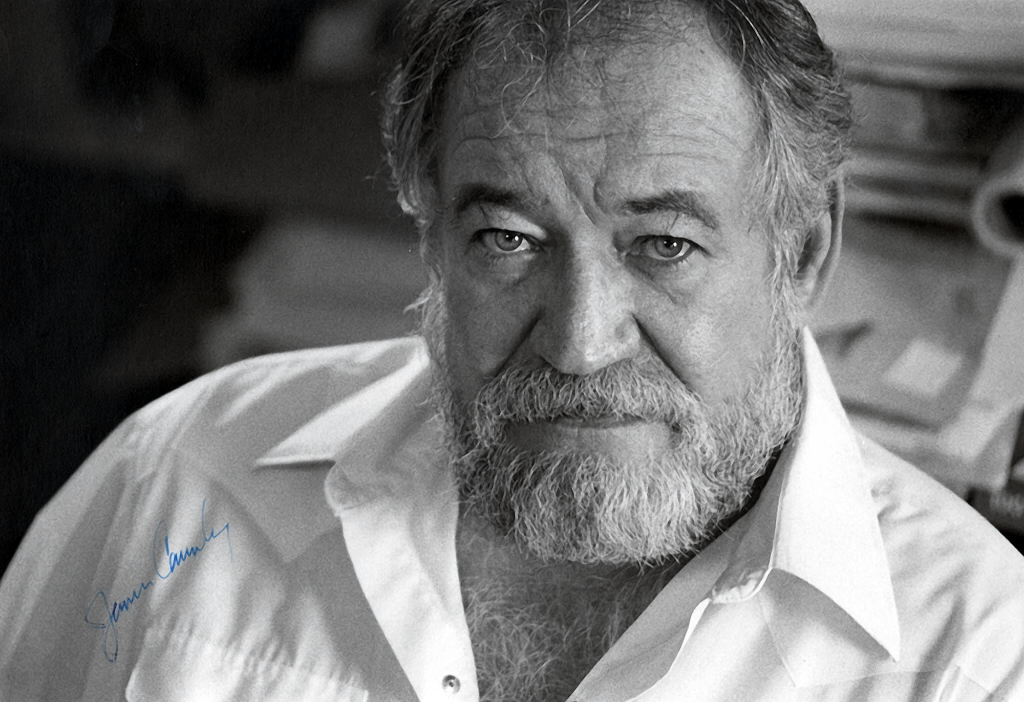 No Regrets: A Hard-Boiled Life

The train to glory left without James Crumley, who seems to have been too busy examining life’s gnarly side to bother catching it. There are no best-sellers for him, no money-bloated deals with Hollywood–just hard-boiled novels that are better than anybody else’s because all those lost nights stashed in the margins make each one a survivor’s story.

Crumley has never shot a man in Reno just to watch him die, but he knows how blood looks when it’s spilled against a backdrop of whiskey dawns, cocaine pick-me-ups, and wall-shaking sex. His is a wisdom acquired by bellying up to the bar in roadhouses where bikers, ranch hands and oil-field workers beat each other senseless for playing the wrong Merle Haggard song on the jukebox. It’s no life for the delicate, but the delicate don’t have a taste for Crumley’s novels anyway, so the hell with them. 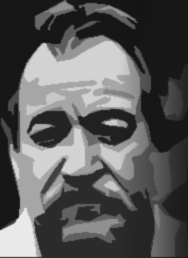 The time is right for saying so now that Crumley has again unleashed Milo Milodragovitch, one of his two memorably unapologetic rogue heroes. Milo comes barreling back in “The Final Country” because he needs something to keep Texas and a woman who’s the queen of mood swings from driving him crazy. To tell the truth, he’d rather be home in Montana after reclaiming his father’s stolen inheritance and snagging some unlaundered drug money in the process. Failing that, he uses a sap on a sucker-punching lady bartender, knocks the teeth out of a one-armed man’s mouth, and almost twists the nose off a security-company executive’s face–all before the shooting gets serious. Crumley, for what it’s worth, says Milo represents his kinder, gentler side. 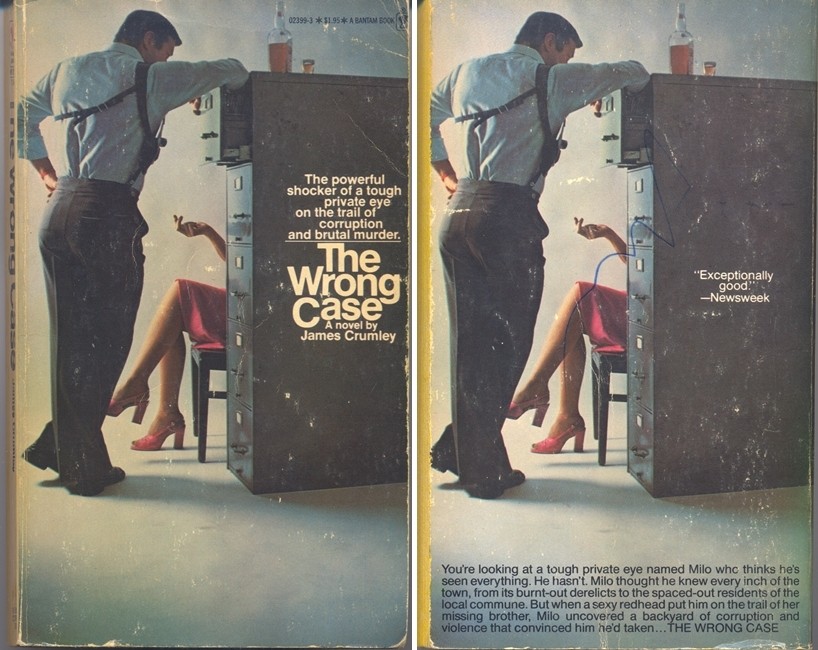 They’ve both passed 60 without a whimper, no problem for Crumley, but strange territory for a hero in a genre that avoids aging as if it were a homely blond. Be advised, though, that when readers first met Milo, in “The Wrong Case,” in 1976, he was in strange territory for a PI then, too–the modern West–and he survived nicely. So when he talks about the two white streaks in his hair early on in “The Final Country,” he isn’t worried. It’s like he says: “I’m old, babe, but not dead.”

Of course, he comes close to making a liar of himself when the simple job of tracking down a runaway wife puts him in the path of a drug dealer “no larger than a church or any more incongruous than a nun with a beard.” The drug dealer, fresh out of prison, is looking for a woman, too, and when he doesn’t succeed, he decides the next best thing is to kill a bar manager. In the midst of the mayhem, over drinks, naturally, he and Milo connect. So it is that Milo decides to help a guy who doesn’t look like he needs any. 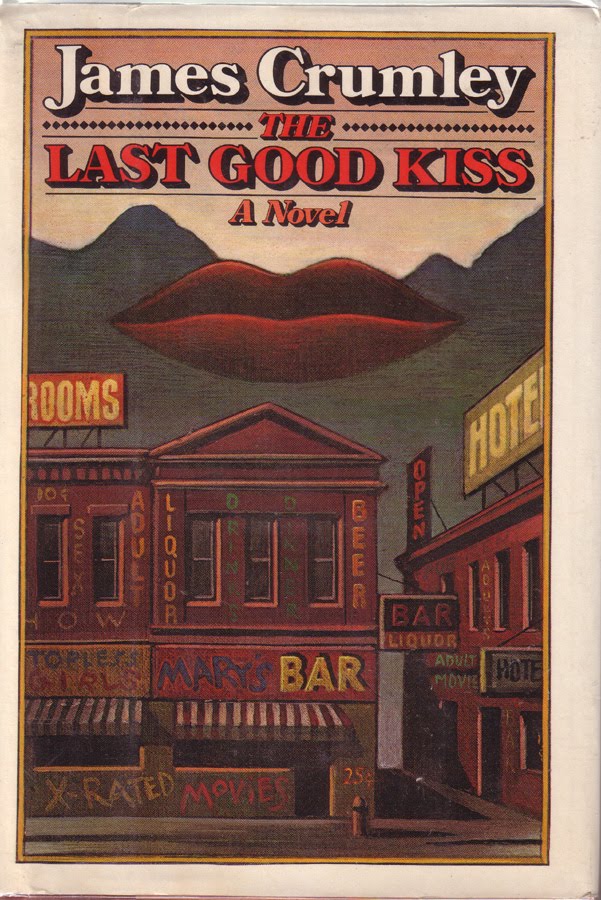 The set-up is straight out of Raymond Chandler’s “Farewell, My Lovely,” which Crumley admits and which, when you think about it, is only fitting since he has been described as Chandler’s “bastard son.” Anyone who doubts the accuracy of that label should read Crumley’s 1978 masterpiece, “The Last Good Kiss.” With all due respect to Elmore Leonard, James Lee Burke and the genre’s other heavyweights, it’s the best hard-boiled novel of the past 25 years. Some admirers swear it is even more than that, comparing it to Jack Kerouac’s “On the Road” and Hunter Thompson’s “Fear and Loathing in Las Vegas.” To make their case for Crumley’s artistry, true believers don’t have to go any farther than “The Last Good Kiss’s” first sentence:

“When I finally caught up with Abraham Trahearne, he was drinking beer with an alcoholic bulldog named Fireball Roberts in a ramshackle joint outside of Sonoma, California, drinking the heart right out of a fine spring afternoon.”

The hero of “Kiss” is C.W. (Sonny) Sughrue, whose last name, as Crumley once explained it to me, is pronounced “sug as in sugar and rue as in rue the goddamned day.” Sughrue is a little younger than Milo and he isn’t as bright, but he’s a lot meaner, which comes in handy for a private eye wading through obsessions, sordid pasts and the dark places in men’s souls. When questioning a particularly difficult thug, Sughrue shoots him twice in the foot: “‘Once to get his attention…and once to let him know I was serious.’”

Culture critic Greil Marcus recalled that quote in the issue of Rolling Stone devoted to the September 11 attacks, as if to suggest that America can play as rough as any terrorists. But the quote’s presence so many years after it appeared in a novel that didn’t sell all that well also suggests an enduring fascination with Crumley. It’s not just that there’s enough demand for his six novels before “The Final Country” to keep reviving them as paperbacks; it’s that there are people who pay upwards of $300 for leather-bound copies of scripts he has written for movies that were never made. And there are even more people, it seems, who will gladly recall finding this expatriate Texan in his Missoula, Montana, lair and joining him in debauches worthy of rock stars.

Documentation of such events is hard to come by, if not impossible, but nothing Crumley has written or said in interviews discourages the telling of such tales. “I think there are more people who drink a lot in America than ever show up in fiction,” he said once, the implication being that he was one of them. And he said, and implied, the same about drugs. But there was a 10-year lull after 1983’s “Dancing Bear” that left the impression his excesses may have gotten the best of him. When he finally reappeared with “The Mexican Tree Duck,” he used the acknowledgments to thank his agent for sticking with him and his publisher for gambling on him. The sentiment didn’t sound like it was coming from someone who’d been lounging on top of the world. 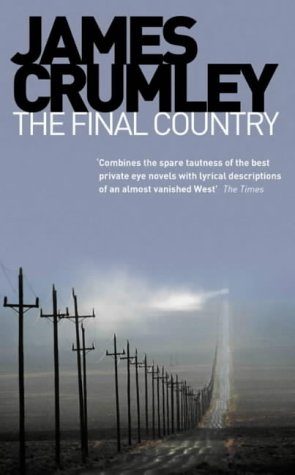 Three years after that, Crumley delivered “Bordersnakes,” which teamed Milo and Sughrue for the first time. And now there is “The Final Country,” his finest work since “The Last Good Kiss,” a splendid balancing act between Milo’s sense of moral outrage and his flare for the outrageous. It’s good to know there’s still a private eye who can enjoy a ménage a trois and then face down a rich, corrupt Texan he sees as “a hyena in the rotten wake of the multinational prides.”

Crumley obviously has a full head of steam, and the news from his camp is that he’s deep into writing his next Sughrue novel, “The Right Madness.” It’s hard to say what’s driving him. Maybe he feels the dogs of mortality nipping at his heels, maybe he has decided to get the most out of his vast talent. Not that he has ever given the impression of someone burdened by regrets. He did, however, apologize the day he showed up 10 minutes late for a writers’ panel on which he was the cult hero.

“Any idea where?” asked an unsuspecting straight man. 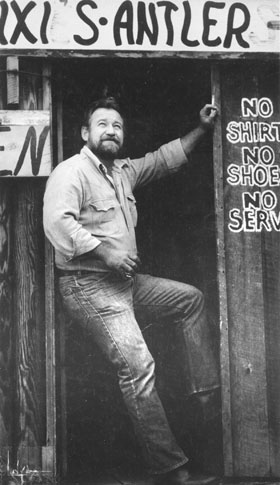