Let’s start the New Year with this gem from our pal Richard Cramer. It first appeared in Esquire (October, 1993) and is reprinted here with the author’s permission. 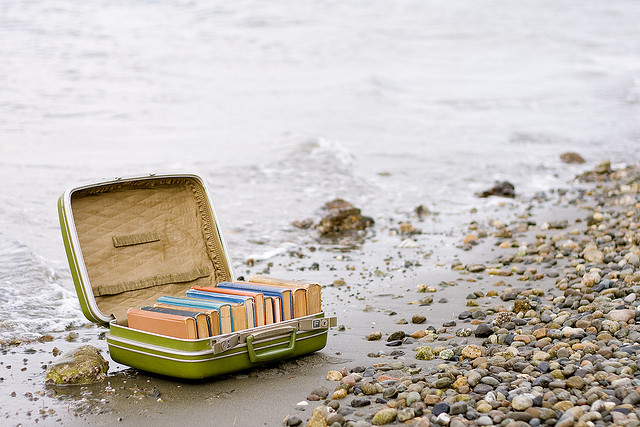 In England recently, I learned the real definition of parochial. A law in the time of Elizabeth I restricted you to your own parish. If you did leave, and ran into trouble elsewhere, you were literally whipped home: That is to say, the beadles of each parish between you and your place of birth would flog you through their territory, then hand you over at the boundary to the lash-bearing beadles of the neighboring parish . . . until you were, safely (for them), back in your slot.

I suspect it was success in colonial America (and, perhaps, in other sparsely peopled adventurelands) that spawned the idea of picking your own home—searching it out, as conviction or economy required. It was certainly Americans who turned this innovation into a way of life, first as frontier farmers and ranchers, later as industrial cowpokes—followin’ them fatct’ry dogies where they roamed.

But it was only our own post-war generation (with the meat-ax of sharper American succcess) that cleaved altogether the ideas of Necessity and Home. Now we selected our hometown (wasn’t that our right?) . . . off a menu as wide as the world. Maybe we talked about a job there (not that there weren’t jobs elsewhere)—but it was really about a friend there, or some girl who was nice to us in bar . . . the weather, the way the mountains looked . . . the college community gave it such “tone” . . . or it made us feel cool to say we lived there. We were operating so far from our forebears’ experience that we had to make up lame-brained words like lifestyle. Now everybody had to (you know, uh, like) . . . find his own space!

We got to the point—with our Boogie boards on the crest of the potent baby-boom wave—we thought we could surf over Home completely. If Home was supposed to be wherever we chose to make it . . . well, it was only a small step (and self-regard required it) to say that wherever we were was Home.

We were arrived upon a glorious age: The world was our oyster . . . not necessarily to be eaten (though, God knows, we’ve tried) . . . but we were raised to the conviction that wherever we—we favored grains of sand—lodge our grit, there we become pearls.

And in this all-freedom all-power, I was Homeless. 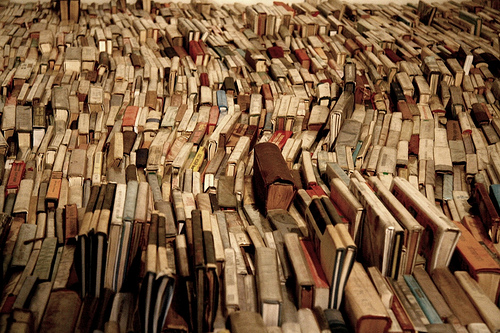 I DON’T MEAN I slept on a steam grate. I had apartments, I had houses—splendid places, too. By age twenty, at college. l had an old Maryland farmhouse (with acreage!) that would have contented any settler through most of America’s history.

Me, I graduated and moved on. Settling was definitively not the point—it smacked of settling for second-best. It never occurred to me to move back to where I was born. My friends had scattered. That was my parents’ home . . . anyway, what about that oyster world? Home was something dorks like Glen Campbell moaned about. We all lived in a yellow submarine. I made a bet with one girl: The first of us to have two out of the following three—kid, insurance, mortgage—would have to buy the other a sailboat. I knew she’d welsh.

I picked a job that would keep me on the move. Newspapering was about impermanence. You’d never have two workdays the same. The stories would carry you all over the world. I started in Baltimore (two apartments, one house) and Annapolis (a hundred hotel rooms); then Philadelphia (an apartment); New York (one apartment, a storage box); Cairo (an office apartment); London (one flat I barely saw); Rome (un attico). By that time, I didn’t even say I had a home. I had a bureau. In fact, by Boogie-board all-power, I was the bureau . . . until I was out of the newspaper business, and I had to decide where to live.

This was a new concept. Of course, I’d always said I lived somewhere. I lived in Cairo . . . it made me feel cool to say so. But I didn’t really live anywhere, except in the stories—everywhere at once. Now I was supposed to pick a home—for me. There wasn’t even much for me to consult. So I did what any sensible man of my age did. I decided I’d live . . . wherever my girlfriend wanted.

I haven’t mentioned the girlfriend. She was the reason I came back from Rome, and the reason I was faced with this crisis of all-freedom, this question of self, of Home. Not that she was much threat to saddle me with a domestic establishment. This girl didn’t even own a skillet.

But a strong decorating sense she had. So we moved to New York, to a place that was strong on decoration. It was what the French call mignon—though at the time, I didn’t know that word. For example, the bedroom window looked out on a patio with lights that shone aloft through plants from underneath the wooden deck—you could see this semi-Polynesian effect (we called it Hawaii) from the bed . . . which was a decorating coup as there was no room to be off the bed and you couldn’t go out to the patio because it was really someone’s roof and couldn’t take the weight of an actual human. Another example: The living room (which was pretty much the only real room) had a curved wall. This softening of standard form was a decorating coup . . . insofar as it softened (in fact, disguised past the start of the lease) the hard fact that much of this living room had been eaten away for the closet and bath. I also learned there that mirrors are a decorating-coup substitute for light and space. This living room had mirrors. In fact, when I paced it off—continuously for a year—it was the size of an upmarket Japanese car. l think it was in that place l first said, “I want a home.” Understandably, the girlfriend did not react. I talked to myself quite a bit that year.

Or it may have been in out second place in New York—it was bigger, I picked it—I started talking about Home. I brought the word up with the landlord, an Israeli gent…in summer, urging him to scrape the rime off the windows . . . in winter, I suggested the place would be better with heat, “Eli, don’r you understand?” I’d wail into the phone. “This is my home!” His reply was concision itself. “I get tsuris, yourrnt guzzup.” So I’d transfer wailing to the girlfriend: “I want a home!”

But Eli had a point—it wasn’t my home. He knew, as well as I did: l’d be gone before the bum who slept in the downstairs doorway. The fact was, the girlfriend and I had no more home than the bum. And no idea what Home was: We kept getting it confused with the best place to live.

“How about Paris?” the girlfriend would say. (She thought Paris had the strongest decorating sense.)

“How ’bout Moscow?” (I still had a lingering confusion between Home and story.)

Said the girlfriend: “Get a life.” 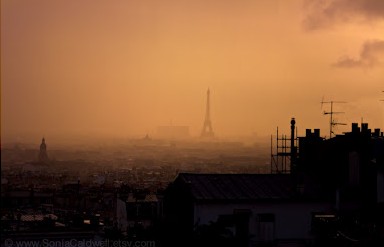 I GOT A BOOK—which maintained the confusion for six years more. We moved around, hauling the book. The girlfriend came along to edit and argue.

“Shut up. Finish the book”

We married, had a child. I finished the book. We had to decide where to live. The wife announced: “Paris.”

She leased an apartment on the basis of a snapshot that showed a gilded mirror. I contracted to pay for this decorating coup by working in Paris for a sixty-year-old magazine. We called movers—we had skillets now, furniture, a million books, and (by the movers’ count) three million four hundred twenty-two thousand articles for child care and entertainment. Those I carried to Paris.

That was January—when I learned the word mignon. It meant cute. Our apartment was mignon. The living room (pretty much—well, you get the idea . . .) featured that gilded mirror because there was no light or space. In fact, when I paced it off . . . well, I couldn’t, because of a Lego castle and a Brio train set. But I knew what to do.

I got an airline ticket to America. After two days in the country, I bought an old farmhouse, with acreage, in Maryland. I took some photos—I hoped they’d display potential for strong decoration. Then I got back on the airplane, to show the photos to the wife. I said: “This is home.”

And when our year in Paris has passed, we’ll go back there—Home. Our place. We’ll stay. We won’t have any choice. After twenty-two years of patient work. I have acquired one-tenth the acreage I had in college, at one hundred times the price. In fact, by my calculation, if I continue working for the sixty-year-old magazine, I will fully own this house three years after my death.

I don’t mind. I look at all those zeros on my mortgage as chainlike between the noble ideas of Necessity and Home.

I tell my wife: We’ll still travel . . . Hey! The world is our oyster! But I’ve no doubt if we do leave, for work, for wanderlust—somehow soon . . . life will whip us home. 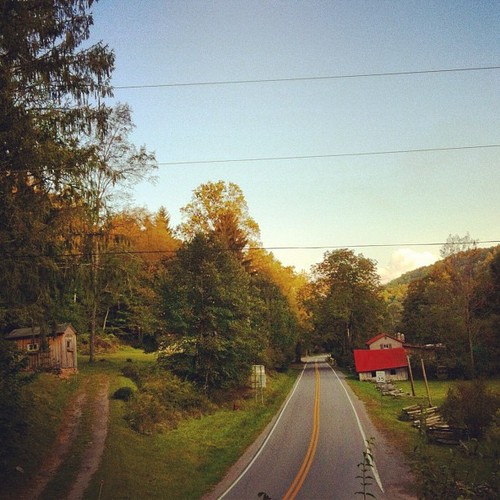