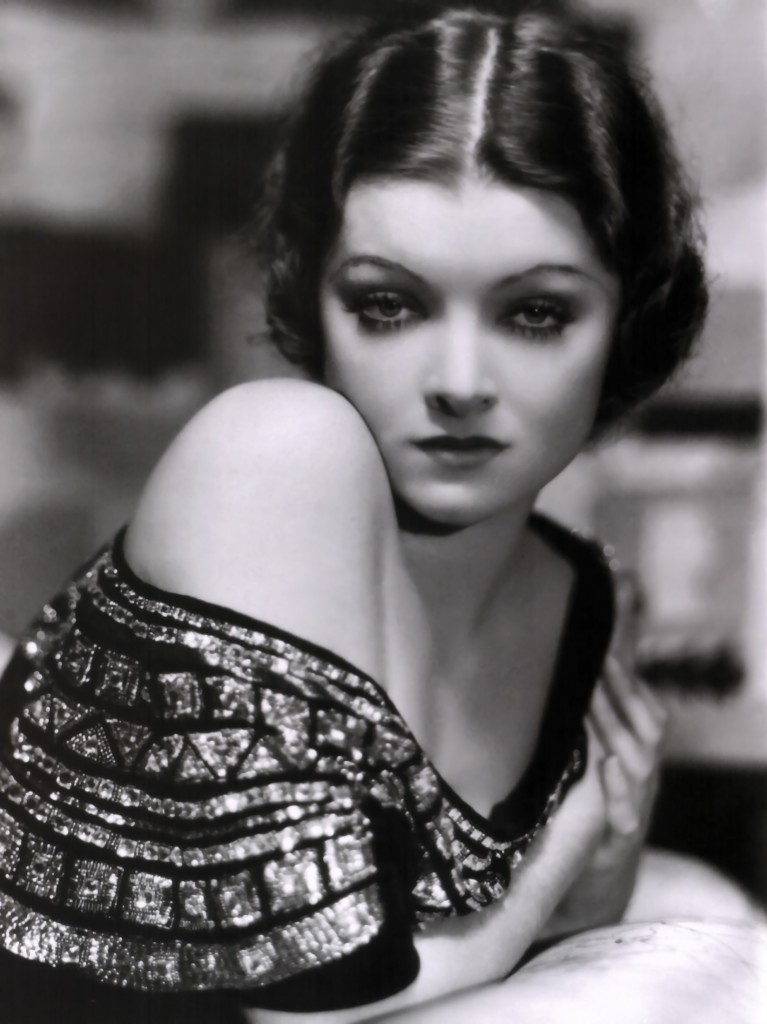 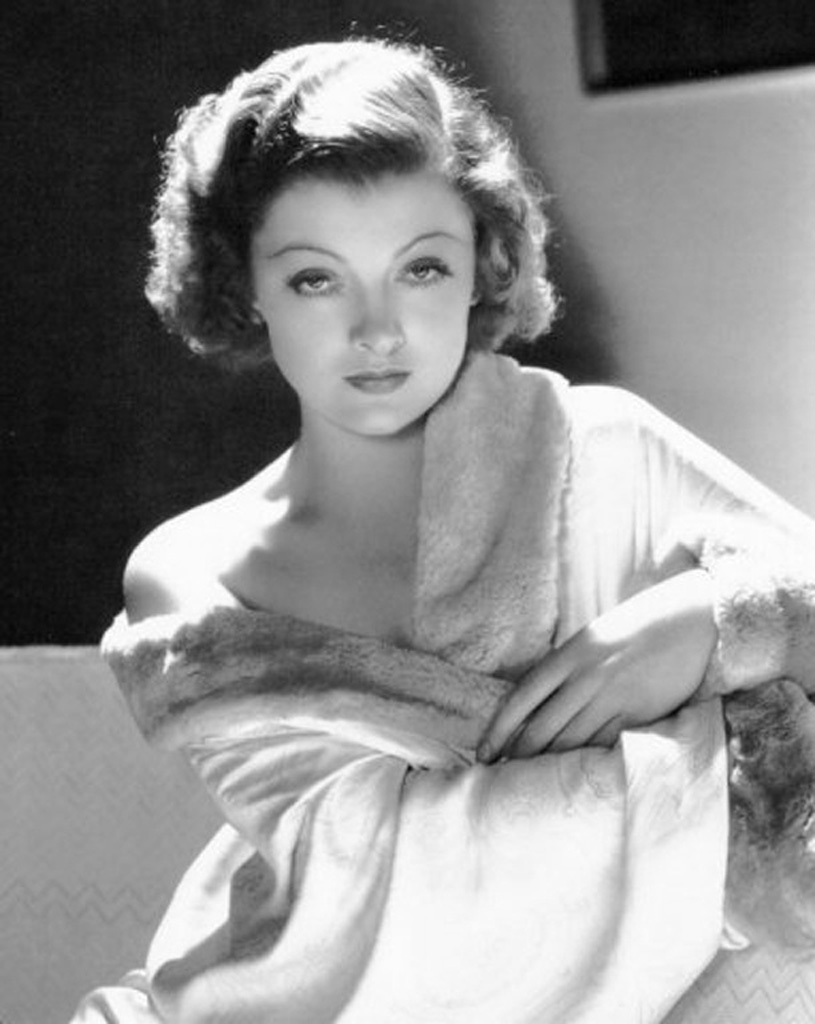 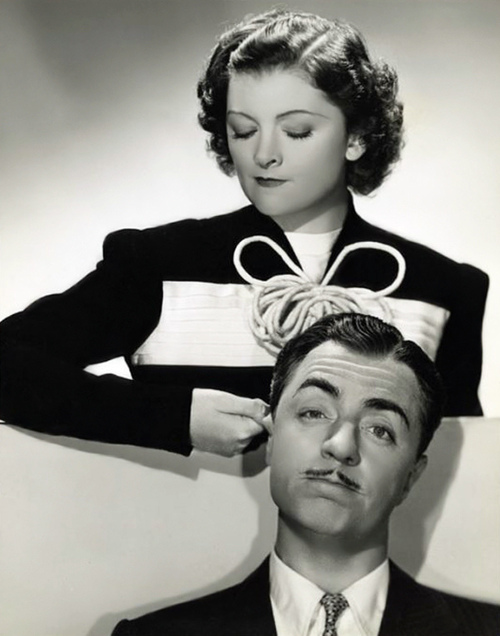 The greatest (most drinkingest) couple of them all. 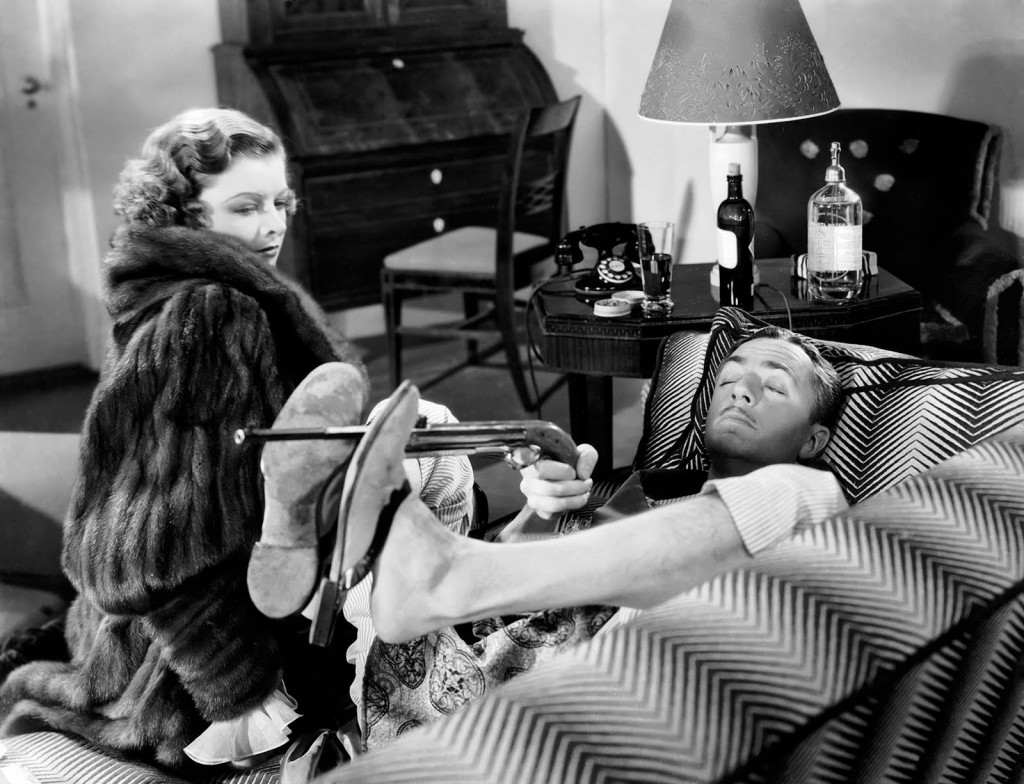 Roger Ebert on “The Thin Man”:

Nick Charles drinks steadily throughout the movie, with the kind of capacity and wit that real drunks fondly hope to master. When we first see him, he’s teaching a bartender how to mix drinks (“Have rhythm in your shaking … a dry martini, you always shake to waltz time”). Nora enters and he hands her a drink. She asks how much he’s had. “This will make six martinis,” he says. She orders five more, to keep up.

Powell plays the character with a lyrical alcoholic slur that waxes and wanes but never topples either way into inebriation or sobriety. The drinks are the lubricant for dialogue of elegant wit and wicked timing, used by a character who is decadent on the surface but fundamentally brave and brilliant. After Nick and Nora face down an armed intruder in their apartment one night, they read about it in the morning papers. “I was shot twice in the Tribune,” Nick observes. “I read you were shot five times in the tabloids,” says Nora. “It’s not true,” says Nick. “He didn’t come anywhere near my tabloids.”

Directed by the whirl-wind W.S. Van Dyke, the Dashiell Hammett detective novel took only 16 days to film, and the result was one of the most popular pictures of its era. New audiences aren’t likely to find it as sparkling as the public did then, because new audiences aren’t fed up, as that public was, with what the picture broke away from. It started a new cycle in screen entertainment (as well as a Thin Man series, and later, a TV series and countless TV imitations) by demonstrating that a murder mystery could also be a sophisticated screwball comedy. And it turned several decades of movies upside down by showing a suave man of the world (William Powell) who made love to his own rich, funny, and good-humored wife (Myrna Loy); as Nick and Nora Charles, Powell and Loy startled and delighted the country by their heavy drinking (without remorse) and unconventional diversions. In one scene Nick takes the air-gun his complaisant wife has just given him for Christmas and shoots the baubles off the Christmas tree. (In the ’70s Lillian Hellman, who by then had written about her long relationship with Hammett, reported that Nora was based on her.) A married couple, Albert Hackett and Frances Goodrich, wrote the script; James Wong Howe was the cinematographer. The cast includes the lovely Maureen O’Sullivan (not wildly talented here), the thoroughly depressing Minna Gombell (her nagging voice always hangs in the air), and Cesar Romero, Porter Hall, Harold Huber, Edward Brophy, Nat Pendleton, Edward Ellis (in the title role), and a famous wirehaired terrier, called Asta here. Warning: There’s a lot of plot exposition and by modern standards the storytelling is very leisurely. Produced by Hunt Stromberg, for MGM.

It’s the most cheerful drinking movie ever and one that is still a pure joy. 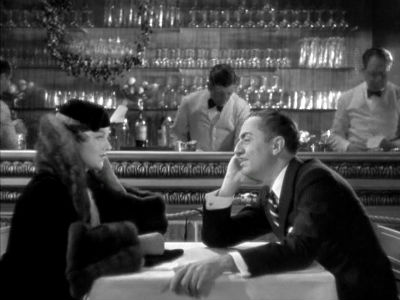 The L.A. Times Magazine has a photo gallery of the 50 most beautiful women in film:

Plenty of hits and misses in there.

Where are these lovelies?

Cause I just never get tired of this movie…