I met Pete Dexter last fall when he was in New York promoting his seventh novel, Spooner. Dexter was a wonderful newspaper columnist and is now one of our greatest novelists. First thing I noticed about him was that he was wearing a pink Yankees cap. So when I had a chance to interview him the Yankees were the first thing we talked about.

Here is our chat, which covers a lot more than the Bombers.

Bronx Banter: I had no idea you were a Yankees fan.

Pete Dexter: No, it’s true. I’m a big Yankee fan. It started out as a way to irritate Mrs. Dexter who is a Yankee fan from way back. And so when they’d win I’d get into it just because it irritated her so damn bad, but then I started to look at them and–

PD: Yeah. So when I found out that it irritated Mrs. Dexter I did it more and more. There have been a lot of teams in my life that I’ve rooted against, but I have never rooted for a team in my life before I rooted for the Yankees, including teams I played on.

BB: And the Yankees of all teams.

PD: Yeah, strangely enough. I didn’t even like baseball until the mid-’90s. And I enjoy it more every year. We get all the games on the cable. It’s the only thing that’s worth all the money I spend on cable.

BB: So can you deal with Michael Kay?

PD: He’s okay, it’s the other two guys from ESPN that drive me crazy.

PD: Jesus, the go on for hours and hours. Morgan was one of the most exciting players I ever saw and just absolutely the most boring human being on the face of the earth.

BB: So, did you want to be a writer when you were growing up?

PD: No, never. I took two writing classes at the University of South Dakota but it was just because I found out that I didn’t want to be a mathematician. I started looking through the student book there and saw Creative Writing and figured if I can’t bullshit my way through that then I don’t deserve to graduate, even from the University of South Dakota. But I never took it even semi-seriously. I mean I didn’t read anything until…it’s a true story than when I wrote Deadwood [Dexter’s second novel], my brother Tom called me up and said, “You’ve now written a book longer than any book you’ve ever read.” And that was absolutely true. I stumbled into a newspaper office in Fort Lauderdale. I was 26 or 27 years old and in those days you could actually stumble into a newspaper office and get hired as a reporter. But I don’t have to tell you what it’s like now.

BB: Did you take to reporting pretty quickly or was it just another job?

PD: I hated it. They had me doing–I thought it was a joke actually at first–they came over the first day and gave me a list of seven or eight things and said, “These are your beats.” And I thought it was some kind of initiation rite. You know, juvenile court, the hospital district, poverty programs and tomatoes. There was agricultural products—tomatoes was a separate category. But there were literally seven or eight of them, none of which interested me even remotely. Hell, they gave me a county health thing and there was a doctor who ran the county health department. He was a nice guy and I’d call him up every Sunday night when I came in and ask him if he could stretch something into an epidemic. And he’d say, “Well, we’ve got four cases of measles…you could call that an epidemic.” So every Monday I’d have a story in the paper about a new epidemic. The bigger paper down there was the Fort Lauderdale News. It got the big guy there fired because I kept coming up with new epidemics and he couldn’t come up with any.

END_OF_DOCUMENT_TOKEN_TO_BE_REPLACED 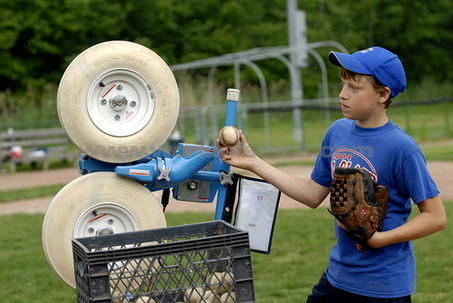 We’re proud to present the following excerpt from Pete Dexter’s new book–his seventh novel–Spooner. This section picks up the story when Spooner is in high school. We just got through Spooner’s adventures on the football team where a sadistic coach named Tinker terrorized a fat kid, Lemonkatz. Spooner’s mother, Lily, is furious with the coach, as she is with many things in life, especially those things that are Republican. Then, young Spooner turns to baseball.

Later that year Spooner began his career in organized baseball. The coach of the baseball team was Evelyn Tinker, who in addition to being held almost blameless in the Lemonkatz boy’s injury was now rumored to be collecting sixty bucks a week for the newspaper column, this in spite of Lily’s public campaign to have him fired, and being as Spooner was not old enough yet to have voted for Richard Nixon, this joining of Tinker’s team constituted the single most disloyal thing a child of Lily Whitlowe Ottosson’s had ever done.

The question hung in the air at 308 Shabbona Drive, unspoken, like another dead father.

The answer—not that the answer mattered—was that Spooner had stopped at the baseball diamond on the way to the shopping center after school, and watched through the fence as Russell Hodge pitched four innings of a practice game against Crete-Monee, striking out twelve of the thirteen batters he faced. It was a tiny school, Crete-Monee, six hundred students, kindergarten through twelfth grade, and two of the players were only thirteen years old. The smallest one—who wore number thirteen, and was the only batter Russell Hodge did not strike out—was plunked between the shoulder blades as he turned away from an inside fastball, and cried.

Half a dozen times Spooner started to leave but couldn’t, waitingaround to see one more pitch, and in the end hung on the wire fence more than an hour, leaving diamond-shaped imprints on the underside of his forearms, wrists to elbows, taking the measure of Russell Hodge’s throws.

It came to him as he watched that Russell Hodge pitched in much the way he played linebacker, which is to say blind with rage. But it was more difficult in baseball, a game that had very little maiming, to sustain a murderous rage than it was in football, even for Russell Hodge, and after an inning or two Spooner thought he saw him working to conjure it up, sucking from the air every bit of resentment he could find. Giving Russell Hodge his due, even in a practice game against little Crete-Monee, he brought himself again and again to a state just short of foaming at the mouth—furious at the batter, at his own catcher, the umpire, who, behind the mask and protective vest was only Mr. Kopex the math teacher, furious even at the ball itself—and by the end appeared to have lost all his stuff. 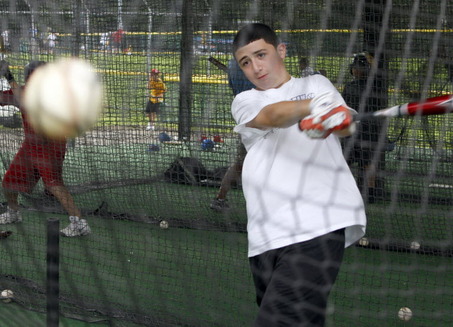