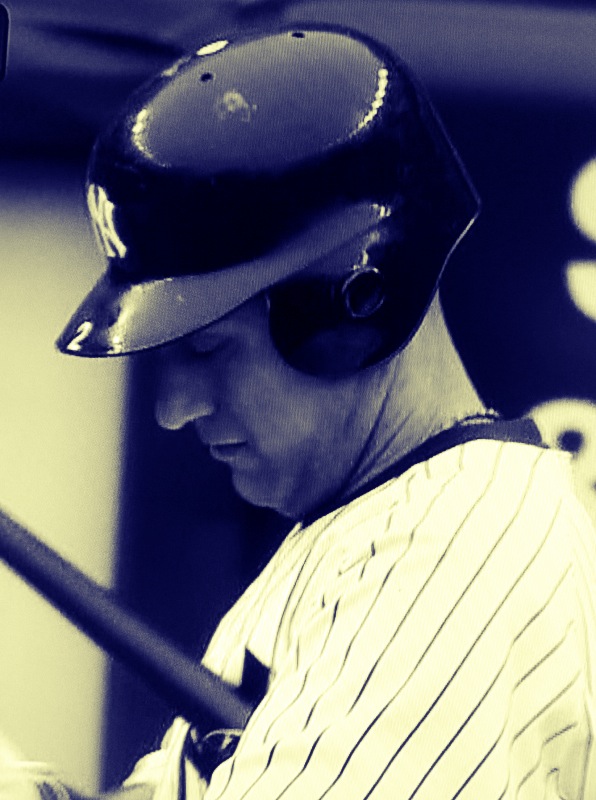 So I watch and read those who are truest to the crafts.

Derek Jeter is the best shortstop I’ve ever seen. He has been praised by some and criticized by others. A few have even felt the need to explain him with numbers.

Jeter needs no explanation. Everything about him speaks clearly.

Langston Hughes is the best poet I’ve ever read. He has been praised by some and criticized by others. A few have even felt the need to explain his work and his time.

Theme for English B

Go home and write
a page tonight.
And let that page come out of you –
Then, it will be true.

I wonder if it’s that simple?
I am twenty-two, colored, born in Winston-Salem.
I went to school there, then Durham, then here
to this college on the hill above Harlem.
I am the only colored student in my class.
The steps from the hill lead down into Harlem
through a park, then I cross St. Nicholas,
Eighth Avenue, Seventh, and I come to the Y,
the Harlem Branch Y, where I take the elevator
up to my room, sit down, and write this page:

Well, I like to eat, sleep, drink, and be in love.
I like to work, read, learn, and understand life.
I like a pipe for a Christmas present,
or records – Bessie, bop, or Bach.
I guess being colored doesn’t make me not like
the same things other folks like who are other races.
So will my page be colored that I write?
Being me, it will not be white.
But it will be
a part of you, instructor.
You are white –
yet a part of me, as I am a part of you.
That’s American.
Sometimes perhaps you don’t want to be a part of me.
Nor do I often want to be a part of you.
But we are, that’s true!
As I learn from you,
I guess you learn from me –
although you’re older – and white –
and somewhat more free.

This is my page for English B.

Theme for Bronx B

People know my thoughts from a baseball blog without knowing my face. Some have asked if I am Latin because I like Alex Rodriguez. Others have said that I must be black because I like Barry Bonds.

I am Latin and black. I am from Asia and Africa and Europe and the Middle East. I am Mexican and Dominican and Cuban and Panamanian and Nicaraguan and Venezuelan and Columbian. I am everyone from everywhere. I came here in the hold of a ship. I snuck across a border in the middle of the night. I picked tomatoes in California and loaded bales of cotton in Texas and processed meat in Kansas and laid bricks in Brooklyn.

That makes me an American.

I believe we are all Americans here in America.

I write about America and Americans because that is what I see and where I live and who I know and what I think and believe. It is all I know to be true.

I write about battles for justice. Some tell me that justice is too much to ask from a society that calls some human beings illegal and allows racial profiling and torture and secret prisons and capital punishment.

But I believe you can’t keep justice down with Americans around.

I write about fights for fairness. Some tell me that fairness is too much to ask from a society that can’t even provide all of its citizens with decent housing and healthcare and nutrition and transportation and education.

But I believe you can’t keep fairness down with Americans around.

I believe you can’t keep the New York Yankees down. I believe they will win the World Series every year. That makes me just like Derek Jeter. But, unlike Jeter, I’m not disappointed when they don’t win because I know that baseball is a hard game.

I believe you can’t keep Americans down. I believe we are on the way to being everything we are supposed to be. That makes me just like everyone else. But, unlike some, I’m not disappointed when we don’t make it all the way each day because I know that democracy is a hard game.

I like hard games and I love to play. Those are the truest things I know.

This is my page for Bronx Banter.

Whoa, awesome, man. Just awesome. It is some of your best work and that is saying something. Keep at it.

Thanks to everyone for reading. Langston Hughes showed me how to write the truth. An instructor at City College showed him. That was back when people without much money could still go to City College. We’ll get back there again.

Todd - you may not be able to play baseball but you sure can write! And you always find a way to write so many different things but relate it to baseball. Thanks for providing the rest of us with something interesting to look forward to.

Thanks, Raf. I appreciate being here with Alex, Cliff, Diana, Emma, Bruce and Will. I think we’ve got a good team.

more kudos...fantastic stuff. i really, REALLY appreciate there being a place like the Banter, where you can talk baseball but also art, music, films, poetry, life..