When I was in sixth grade my mother went to visit her family in Belgium for a week which brought my father north from Manhattan to stay with us in our small two-bedroom apartment in Westchester. Though he was recently sober, any prolonged period of time with my father was uncomfortable. I remember him sending me to the deli with a note–written in his careful script–giving me permission to buy him a pack of smokes.

Fortunately, the week was brightened considerably by the presence of one of his old film business pals, Mike Fox, a British camera operator. We knew about Fox because he shot the flying sequences in the first two Superman movies; he was also on the National Geographic documentary about Africa with my old man in 1966, the trip where my parents met. 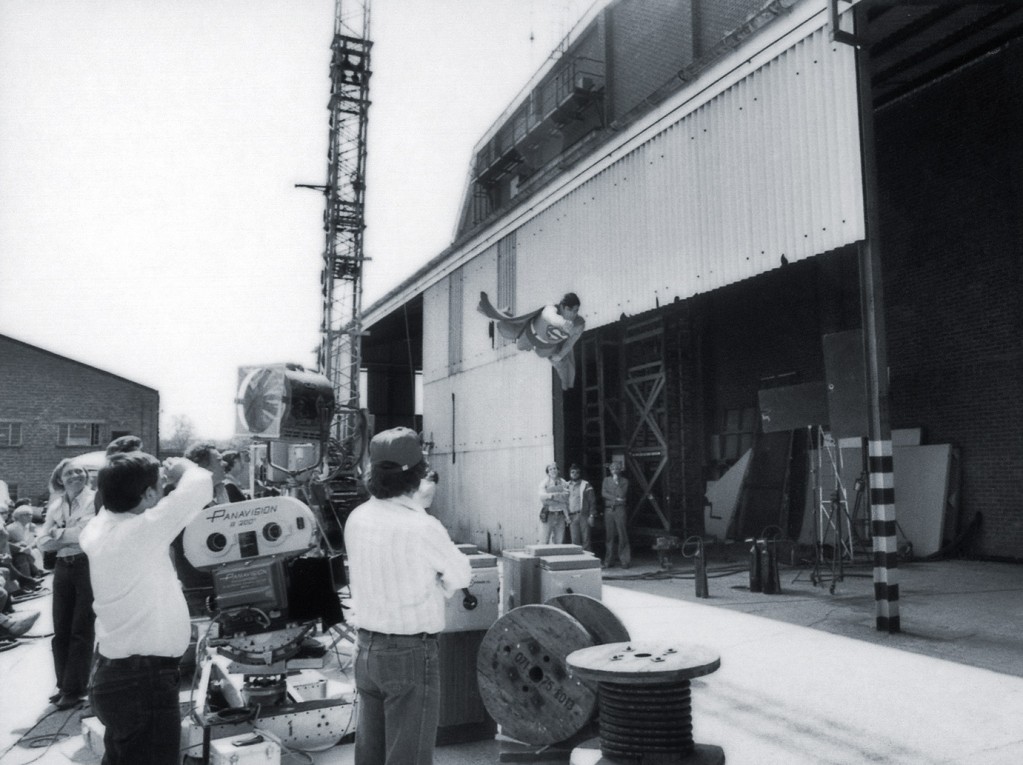 Fox was short and round (that’s him shielding his eyes next to the camera). He wore thick glasses that made his eyes look huge. He told us jokes, did an array of accents–Indian to Uh-merican–bought us junk food, and sang songs. The one chorus he sang over and again was “Ape call, a-doubliaba, Ape Call, doubliaba.”

We thought it was hysterical. He remembered the song from the Fifties but couldn’t recall who’d sung it. I wasn’t sure it actually existed, but that didn’t matter. It was still funny. When I think back on that visit from Fox, I always hear Ape Call. For years, it stuck in the back of my head as something to seek out.

Cut to 1997 when I met Alan, a huge record head, who lived in Midwood, Brooklyn. One day, he invited me to his house to show me his collection and to make a mix tape–that’s right, a tape, as in cassette (it was the only one we’d ever make, by the second session we were burning cds). I figured I wouldn’t waste any time so I mentioned the longshot, some song about an Ape call. Without batting an eye, he goes, “Sure, that was a novelty record by Nervous Norvus, who had a hit record with a song called Transfusion.”

He had Transfusion on 45 but not Ape Call. But it turns out he had Ape Call on a twenty-five year-old cassette recording of the Dr. Demento show. Dude found it in about three minutes…and a friendship was born.

Fox wasn’t making it up after all, though I liked the way he sung it better.

Alex,
...wait.. let me stop laughing....ok that's better..
Awesome of you to remember that. Hope your holidays are going wonderfully. I know mine just got a bit better. Thanks.

Don't be a cube rube, go ape! Thanks Alex I have loved that song and Transfusion since childhood when I bought the vinyl record, K-Tel's Funny Favorites (I think that's the name, got it in my closet somewheres). The spoken asides on those songs are dope. Be zorch, Daddy-o, go ape, etc. In Transfusion he says stuff, like "Put the crimson in me Jimson," or "Shoot the juice to me Bruce. Great stuff.

According to this: http://tinyurl.com/ycz9ojn
"To compute the payroll, Major League Baseball uses the average annual values of contracts for players on 40-man rosters and adds benefits.

Am I to take it that neither backloading, frontloading or bonus money affects 'payroll' in terms of luxury tax?