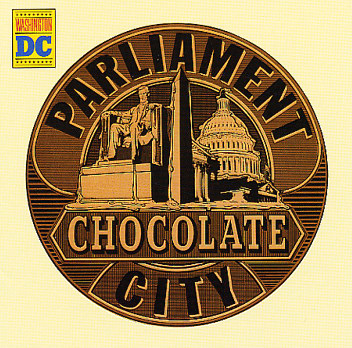 Tonight gives C.C. Sabathia and David Price. That alone is worth the price of admission.

Alex Rodriguez begins a rehab assignment today and the Yanks look, once again, to gain ground on the Sox, and put some space between themselves and the Rays.

Cliff has the preview:

The Rays enter this weekend’s three-game series in the Bronx 8 1/2 games behind the Yankees in the Wild Card race and a half-game behind the Angels, who just left the Bronx having dropped two of three to the Bombers. I don’t really see either of those two seems as a significant threat to the Yankees’ chances of making the postseason. However, the Yankees and Rays do have nine games remaining against each other, so, at the moment, it is possible for the Rays to sweep their way into the Wild Card spot. A single win in this series, however, puts the Yankees in charge of the Rays’ destiny as the Yankees’ lead over the Rays would then exceed the number of games they have remaining against each other.

Thus far this season, these two teams have been pretty closely matched. The Yankees hold a slight 5-4 game advantage in the season series and have outscored the Rays by just four runs, but the Rays took four of their seven head-to-head contests in July and have since upgraded their roster by finally calling up top prospect Desmond Jennings and installing him in left field in place of the overextended Sam Fuld.

Fuld caused a sensation in April with a hot bat and circus catches, but has hit just .202/.267/.310 dating back to April 28. Jennings, long tabbed as Carl Crawford’s replacement, has hit .333/.422/.597 with eight stolen bases in 19 games since being called up in late July, a promotion that was delayed slightly by a broken finger. That’s a significant and overdue upgrade, though one that might prove to have come too late to salvage the Rays’ postseason hopes.

I'm looking forward to watching Jennings in this series.

I've only caught one game of his so far, but it was a real eye opener. He scored from 1st on what was essentially a ground ball to the outfield.

[2] This can't be fun at this moment at the stadium.

3) Sure looks pretty damn full to me.

Price vs. CC and game thread has 4 comments? What's going on tonight in NYC?
C'mon Swish!!

What's ailing A Burnt Jet seems to be catching

I want Sabathia to be an ace.
I also don't like that Rob dropped that ball, that's the play I've never liked and always got mad at Abreu for for not calling him off.

[5] I'm in VA, leaving for Lake Gaston for a week, so no games for me to watch. Though I now have an HP Touchpad tablet & there's wi-fi.

[4] Technically 2:57 pm tomorrow, but close enough. And today is the end of the Dog Days.

The Yanks are still in this game. Pull the score truck around,

Well, this sucks so far.

If the Yankees can only score one, then it doesn't matter CC gave up 5 solo shots.

Anyone still want to trade A.J. for Big Z? Whoa...seriously troubled guy, I hope he uses some of his cash to get help, or maybe just away from baseball..he just can't handle the emotional pressure.