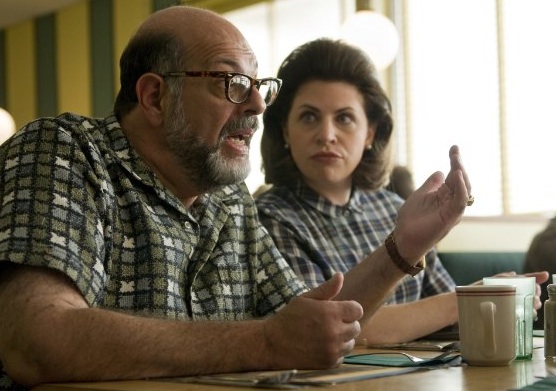 “I look at Cal Ripken,” Rodriguez said. “He was always my role model. He played to about 40 or 41. The one thing about third base is (you need) a strong arm and one step and dive. When you think about center field or the middle of the infield, you have to do so much more. As a shortstop, I always felt like that. As a third baseman, even if you have limited range, if you have good hands and a strong arm, I think you can play there forever.

“As long as you’re driving the ball offensively, it’s very important to be out there at third base because it allows your team, your roster and the organization to have a solid bat at DH, or have it as a rotator where you can have guys like Tex, Jeet, myself and Robbie to occupy it. You kind of strangle the team a little bit by just being an everyday DH when you can go out and play third base. You can always go out and find a guy that has a little more range at third, but if you can be a guy that can produce 30 runs, drive in 100 runs and make 10 or 12 errors, I think anybody would sign up for that.”

And that’s word to Sy Ableman.

I've really enjoyed watching Jeter's mini-resurgence the last month or two, especially since there have been no steroid rumors following his career. Of course, that's probably because he and his fans are racist or something. (check out last Yankees thread.)

OK, I'll stop being an asshole.

(Maybe I can stay awake for an inning or three on European time...)

Monkeypants, the problem is that racists can't quite figure out whether they should be defending Jeter or excoriating him.

I just realized there's enough espresso powder left for one batch of coffee..this is a good start to the day..

[3] About Curtis Granderson and the pinstripes/road greys? If so, thanks. If not, say what?

[6] Ah, my mistake, I think it was Sliced Bread at the end of that thread. Though well done about Granderson too!

Granderson with the swipe! I love power & speed guys.

plouffe, there it went...

really not a fan of the leadoff walk.

How 'bout that Robinson Cano guy.

He does this shit every day.

[13] That's not funny! Sherilyn Fenn was the Mo of Twin Peaks, she's beyond criticism!

i'm a big fan of a harmless fly out, then quick double play.

I really just want Phil to pitch a good game. It's still possible.

man, i wish i got YES, just to watch robbie everyday. he's *amazing*!!!

Oh, Freddy's on the DL? Good! That's the smart way to do it. So, who do they add to the roster?

Ah. Inventory. Another piece for the bullpen. A second lefty.

Oh, Mattpat is going to be ecstatic!

Jesus, Kay, shut the HELL up.

with all these pitches, slowey's gonna be outta this game pretty quickly.

[27] I'm especially happy to hear we're calling up flotsam and jetsam because we don't want to subject rookies to a penant race. Does anybody remember 200 and fucking 2? Where the Angels called up Frankie Rodriguez (against the rules, but ssssh!) and he was a very big part of their World Series win?

This team seems to go out of its fucking way to not give its talented young players a chance to play and succeed.

Everyone's getting called out looking.

Eventually someone besides Rob will hit the ball.

[34] let's hope it's No Place For Disgrace era Flotsam and Jetsam!!!

Because human beings are different, Michael.

the royales scored a run. so, of course, the shit sox come back and immediately score more... : /

[40] Oh , you don't want to do that. They're on tv here today and the Twins guys are insufferable..10-mins "joking" about how they didn't know anything about Twitter..then the sideline reporter talking about the new Twins Fan Twitter account..endless and boring..

it's pretty fucking cool that one of russtache's 1,783 middle names, is Coltrane.

[44] that's okay, i don't know anything about twitter, either!

but i'm enjoying a great dinner, fantastic beer and following my yankees with you guys, so life is pretty damn good! : )

[44] Oh, I'm sure it's bad, it just can't be as bad as Kay and Flaherty, my two least favorite Yankees announcers. They're both as useless as nipples on a breastplate.

Wow, it really was fair! Justin, don't be pathetic.

[46] thelarmis, Twitter is EONS better than Facebook. Have made excellent jazz contacts through it and even got a couple part-time jobs after people found my site.

Umps not having a good couple of weeks it seems..

[51] Hah! But that's one of the things I like about Flash. You ask him, he gives you an honest answer even if it's a little embarrassing. Cool.

pretty sure that's not sherilyn fenn.

as bad as Kay et al may be, I'm stuck listening to the Twins' announcers on the baseball package. They are TERRIBLE homers. Love the check ins by Ron Coomer.

Oh, thelarmis, that Granderson double skipped up the line and Morneau thought it was a foul ball. Replay shows that it was in foul territory before 1B, then appears to have hopped back in and crossed the bag in fair territory. Gardenhire came out to argue.

That reminds me, whatever happened to our old friend standuptriple, I wonder. Brett's hit a couple and I remembered him.

there are quite a lot of folks that didn't make the move over here to sny. then, it seems as though we lost quite a bit when the format changed to the current fancy state...

[65] Yep.
We do have some cool new people.
And of course, us Hard Core Corps.

And cult, you are missing a Scott Brosius interview.

[58] thelarmis, Facebook is mostly total crap. Leave it for the young'uns. You can use Twitter to advertise your gigs, send live updates about musical goings-on around town, etc. It's also a great way to see what amounts to a "news feed" about whatever topics you want to list. I have a "jazz" list, a baseball list, etc. Choose who you want to follow and ignore the idiots. Check it out!

Hmmm, "Donnie" Chavez seems out of his element recently ...

Brandi from Bismarck, North Dakota being interviewed on the Twins broadcast now..riveting..

Oh my god.
Russell with the Muscle!

Even without the hair, he's still RUSSTACHE to me!!!

[73] They should interview BatGirl. Now that I would watch.

[78] thelarmis would have dug Brandi from Bismarck!

Coltrane in the house tonight!!

(take a look at his box score line)

[82] no, i definitely do NOT! but, going back to your taster's cherce post today - i love cucumbers! just had one at dinner. i also dig eggplant. pickles, too. so, that covers your earlier thread.

[83] Very cool. My wife is a programmer, she would enjoy that line.
[84] Okay, I can believe that, about the eggplants, and I would have predicted the cukes and pickles. So my Weltanschauung is intact. (This is long German word night. Weepingforb had better appreciate it.)

[85] It did grab my attention. As did good old Scott Brosius.

[85] No wonder why you dug backpfeifengesicht!

Can those more informed than I offer some enlightnement..is Joe Mauer really that good? He has ONE hr this year..ONE career hr at Target Field..I know about the injuries but his contract must be a huge albatross already for the Twins..?

Finally. He's been pitching well, but I needed that K.

[86] Good, then it's all worth while. You did see 'Kurfuerstensonaten' too, right?

doesn't any one around here speak Swedish?!

[89] to throw off your wife's programming?

Yeah, he's cruising. A little lucky, but confident and cruising.

Well, he hasn't exactly been overpowering, but Hughesy is mowing them down tonite ...

Nick and Rob each cracked it, but no hit.

Get him out now, before things get out of hand.

[88] How valuable has Posada been? Mauer is a notch above on O and 5 notches above on D. Right now, I guess he has the best career numbers for a C.

Thelarmis, Russell just foul of a homer there.

[111] ooh, that woulda been cool. thanks for the heads up. i was sitting here thinking that russtache could only hit slowey...

huh. i thought hughes would be done for the night.

I just realized, the Twins have an extremely unusual BABIP tonight. It's 0. With 18 balls hit onto the playing field!

[109] I believe he has the best OPS+ (ever) aside from Piazza with a career CS% of 35%. My guess is the top 5 would be Yogi, Bench, Pudge, Dickey and Campy... so you can compare Mauer's numbers to those guys.

It would be a good discussion, and since Piazza's batting is so much btter then anyone else's, I'd like to see how to qualify how important D is for a Catcher.

Mauer's breaking down and his days behind the plate may be limited, but right now, he's certainly one of the best ever.

Damn, I jinxed it.

hughes got the best of hughes.

Does the Binder tell the OFers where to play?

[127] Yes. I was just pointing out that you'd left Cochrane off your list of the top hitting catchers.

[127] They've all got a LOT more games behind the plate than he does, though, including their decline phases. That matters and has to be accounted for.

Ooooh. That's a pre-ASB at-bat from the Cap'n!

But I think OYF's point is to show how valuable Mauer is when playing. The answer is, incredibly valuable, among the most valuable players of all time. (Not this year, obviously.)

I'm kind of glad that Swarzak doesn't pitch for us.

Nice to give all our real relief pitchers the night off.

"Joe Girardi, your team has been hitting so well, what's going to happen when A-Rod comes back?"

At that point, Mrs. Girardi fainted.

Yawn..hey, did you guys know Sidney Ponson's career earnings in MLB is more than $23 million? After taxes, agents, bar bills..he should still have a good 7 or 8 million left..

It's a shame the Twins don't still have Boof Bonser. Boof and Pouffe.

Nicely played game by our guys. No complaints.

So now I do have a complaint.

Nice catch by Curtis on that drive by Mauer. From what I see, his fielding is better than fine.

Easy win, the Twins are the Washington Generals for the Yankees.