Here’s another original manuscript from W.C. Heinz, reprinted with permission from his daughter, Gayl Heinz.

This piece, “Maybe Tomorrow, Maybe the Next Day” is about a comedian, Jeremy Vernon. It originally appeared in the Saturday Evening Post (January 27, 1968). 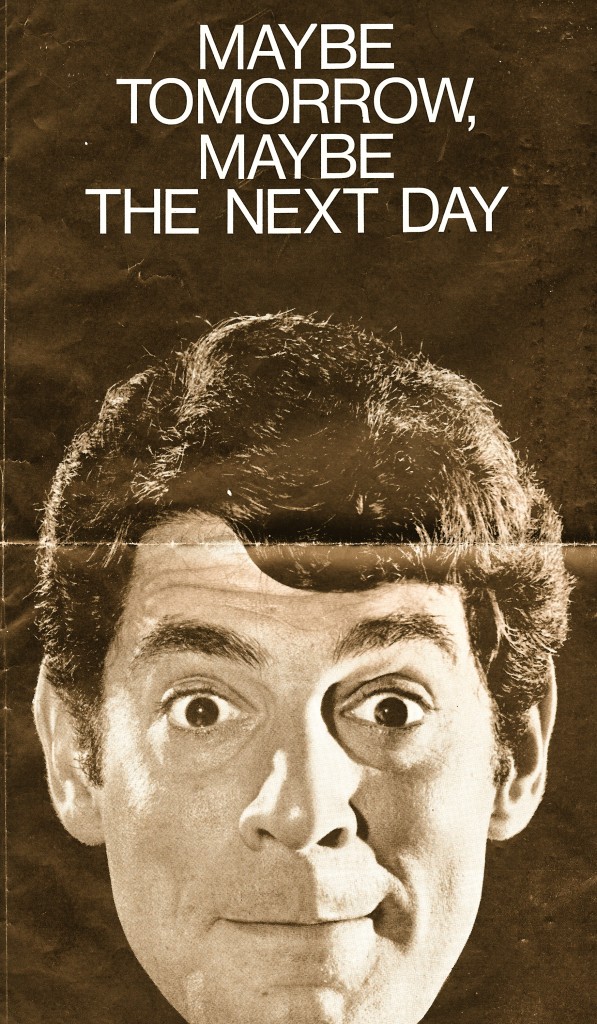 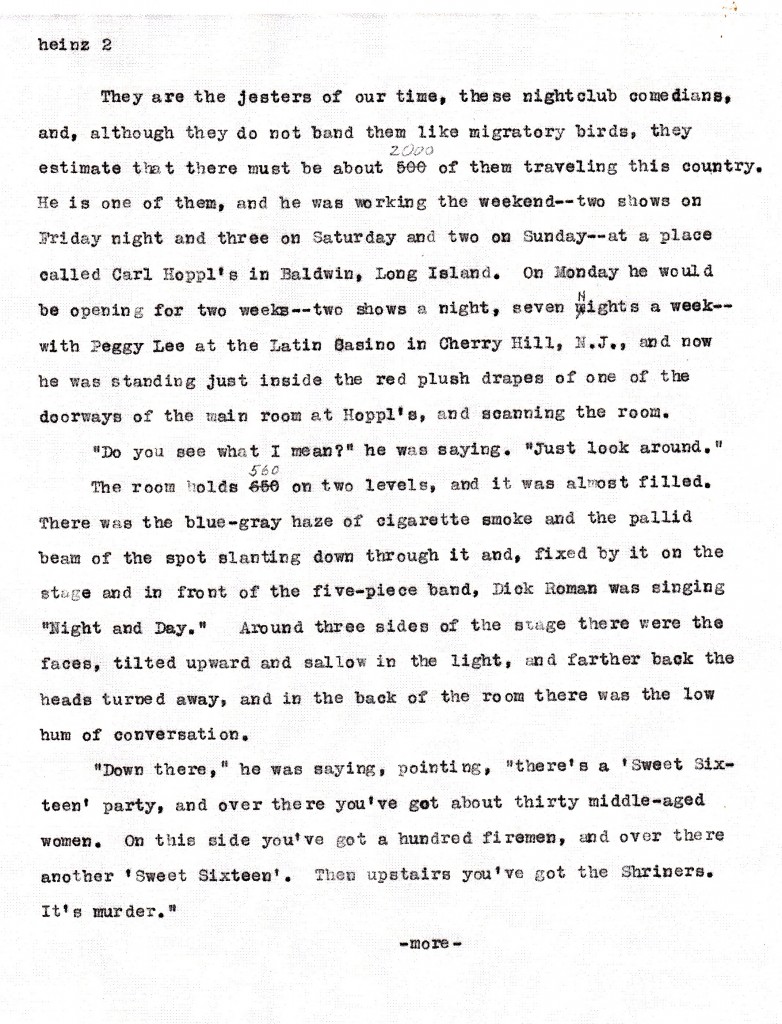 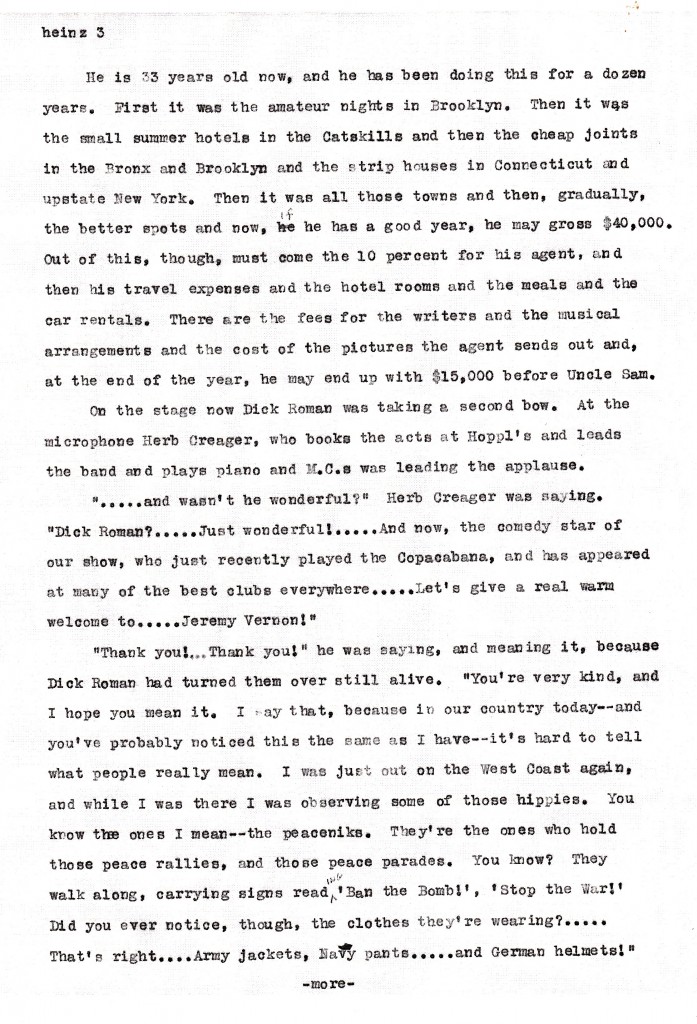 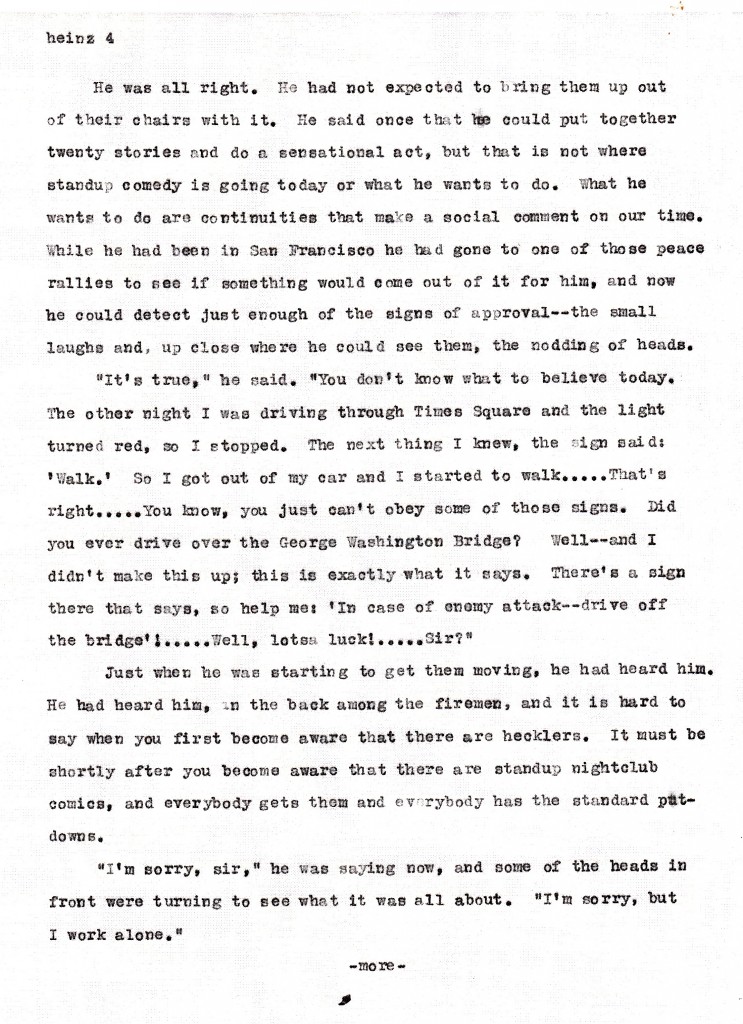 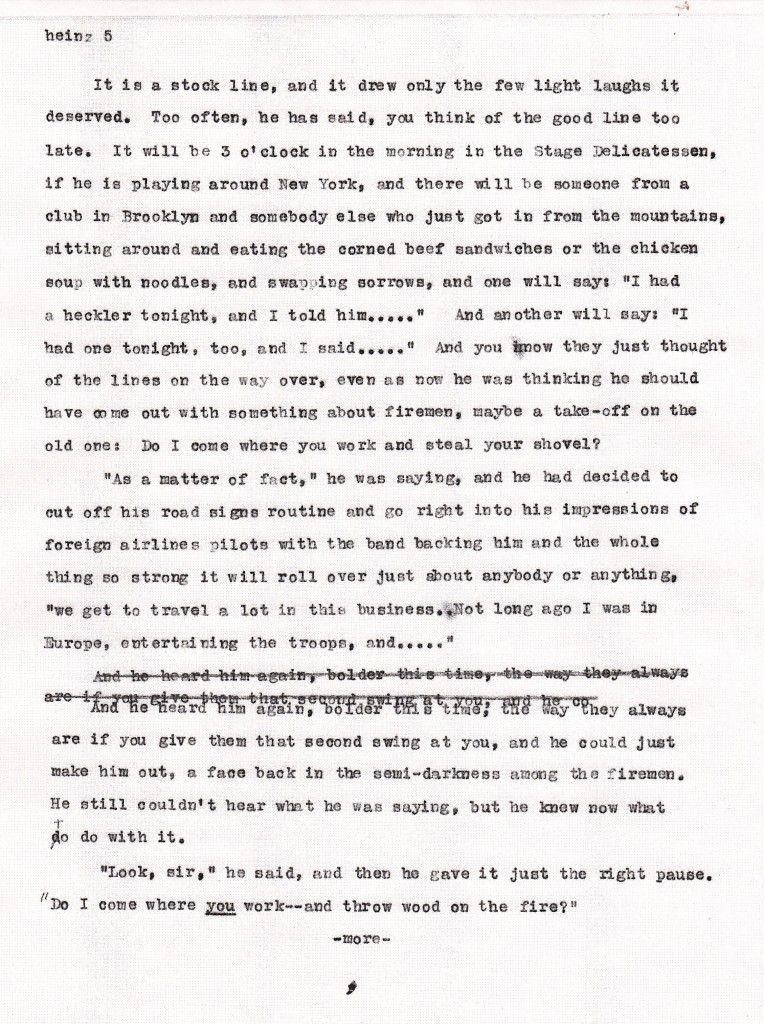 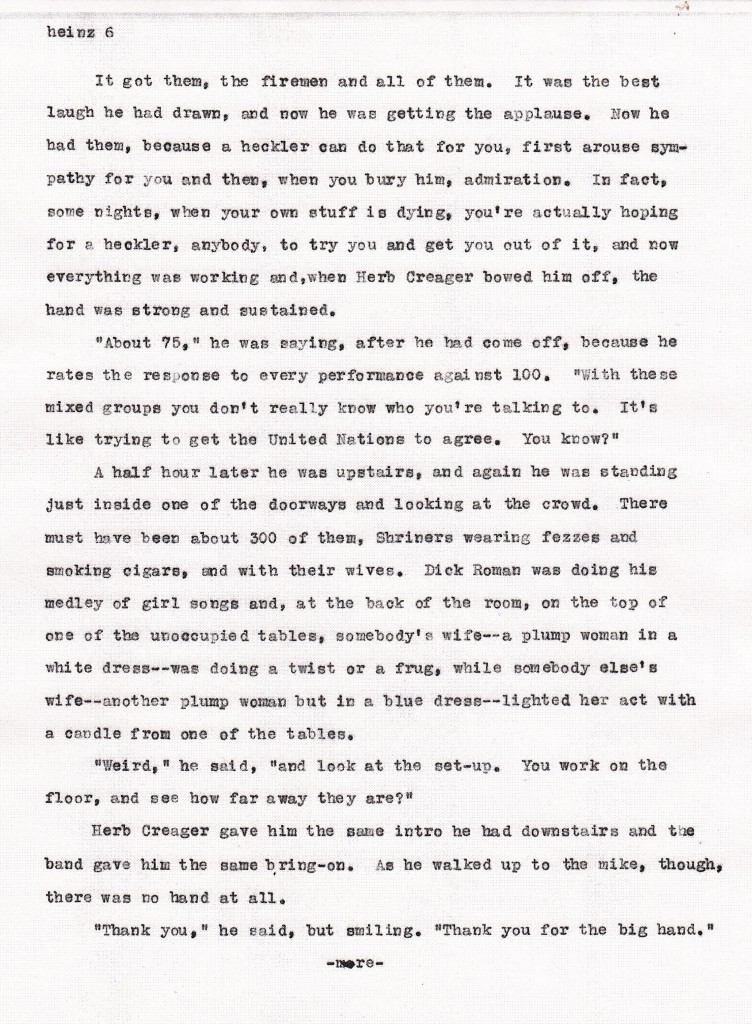 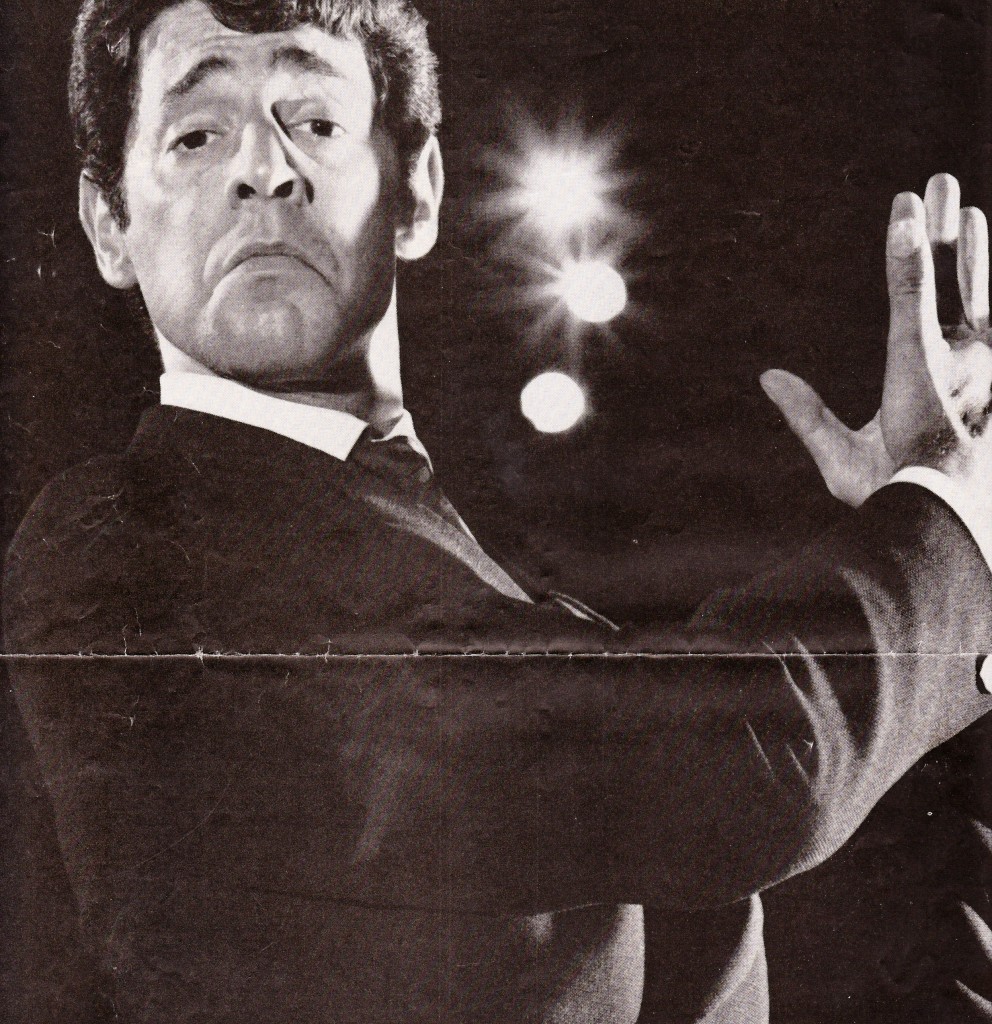 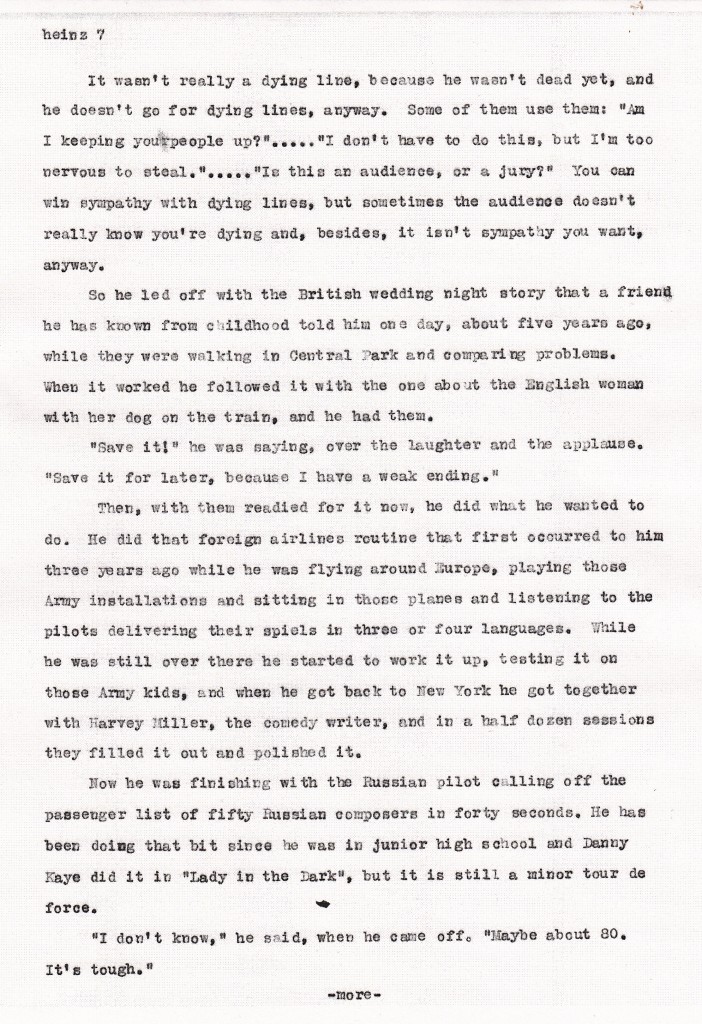 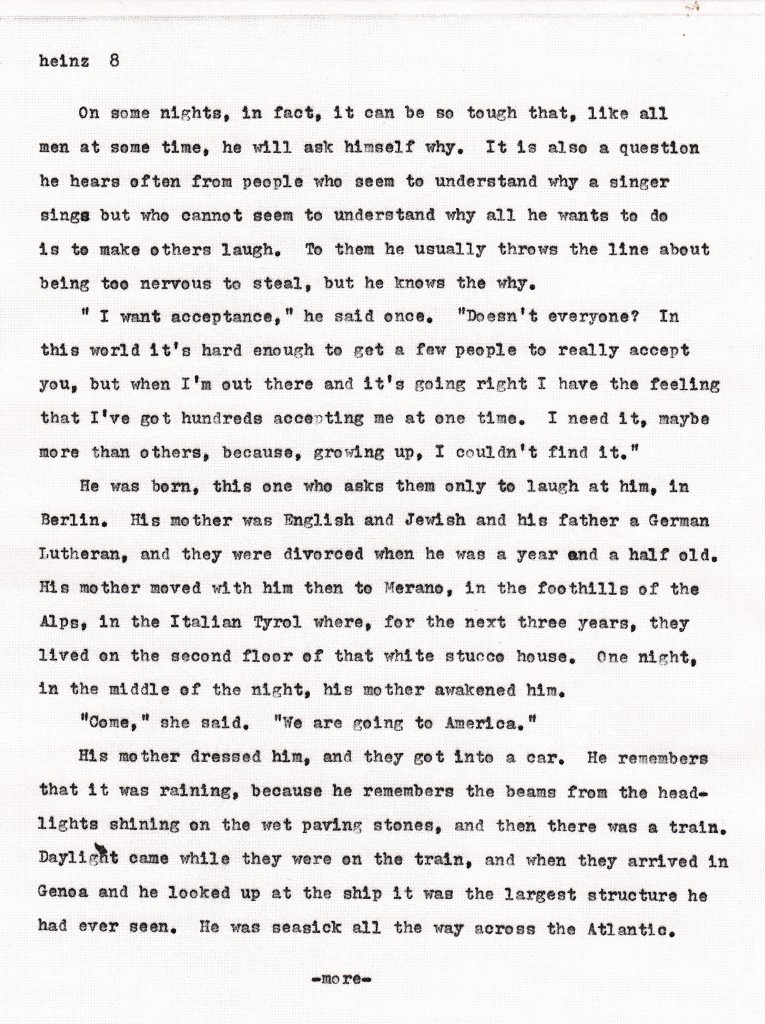 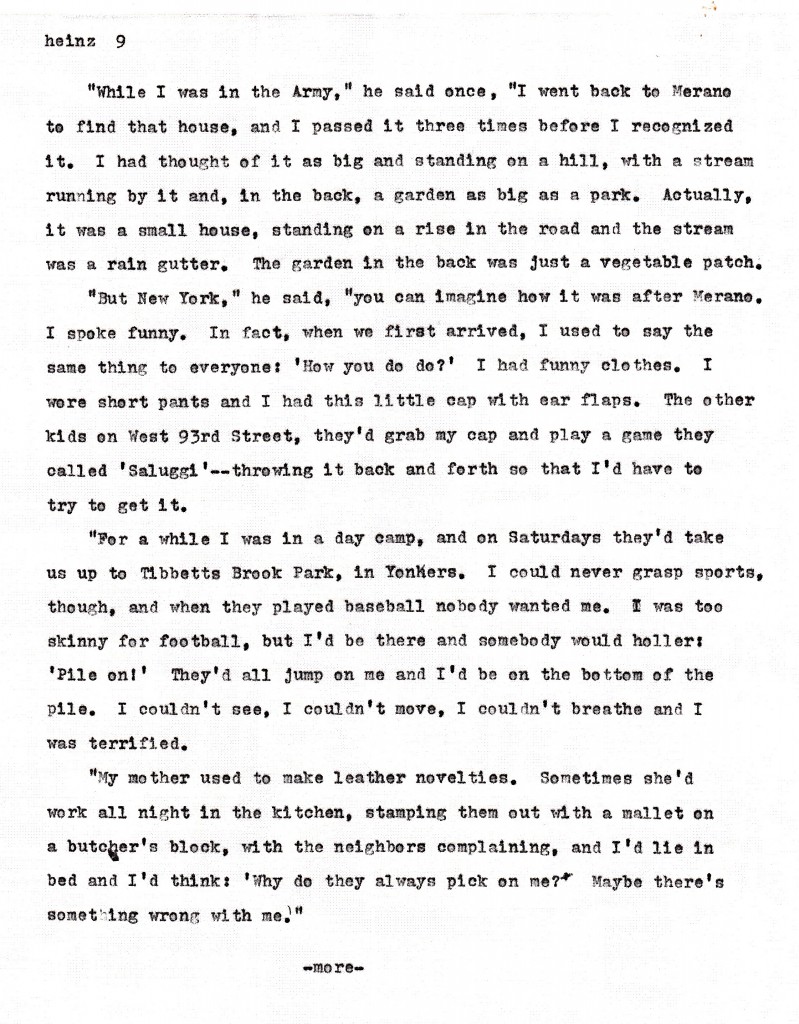 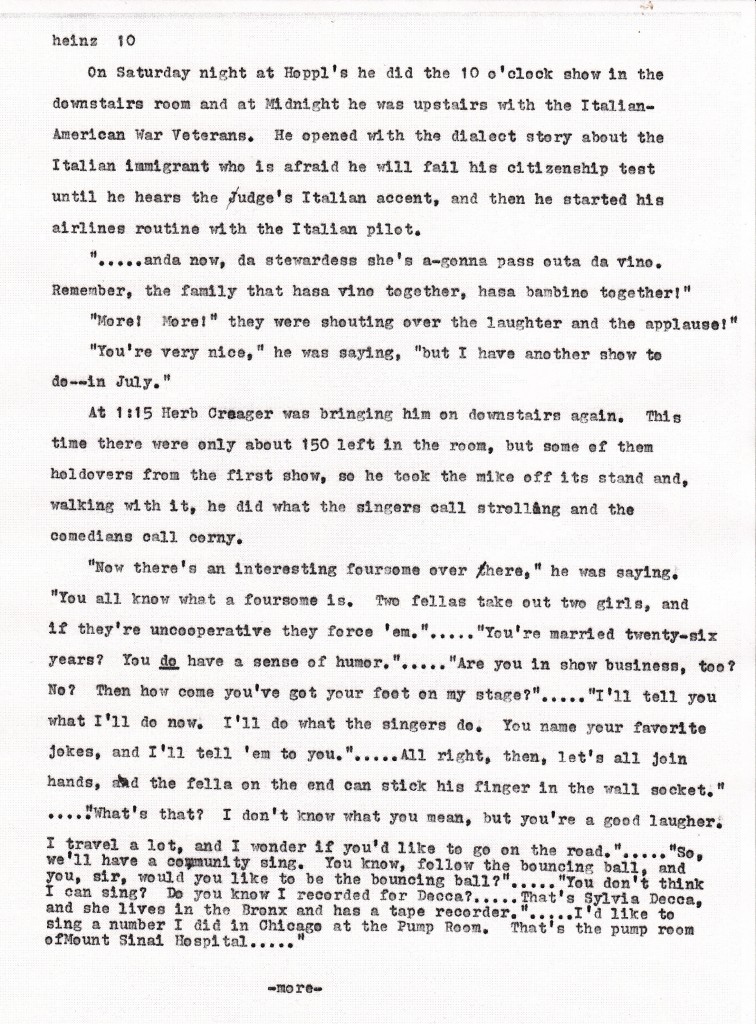 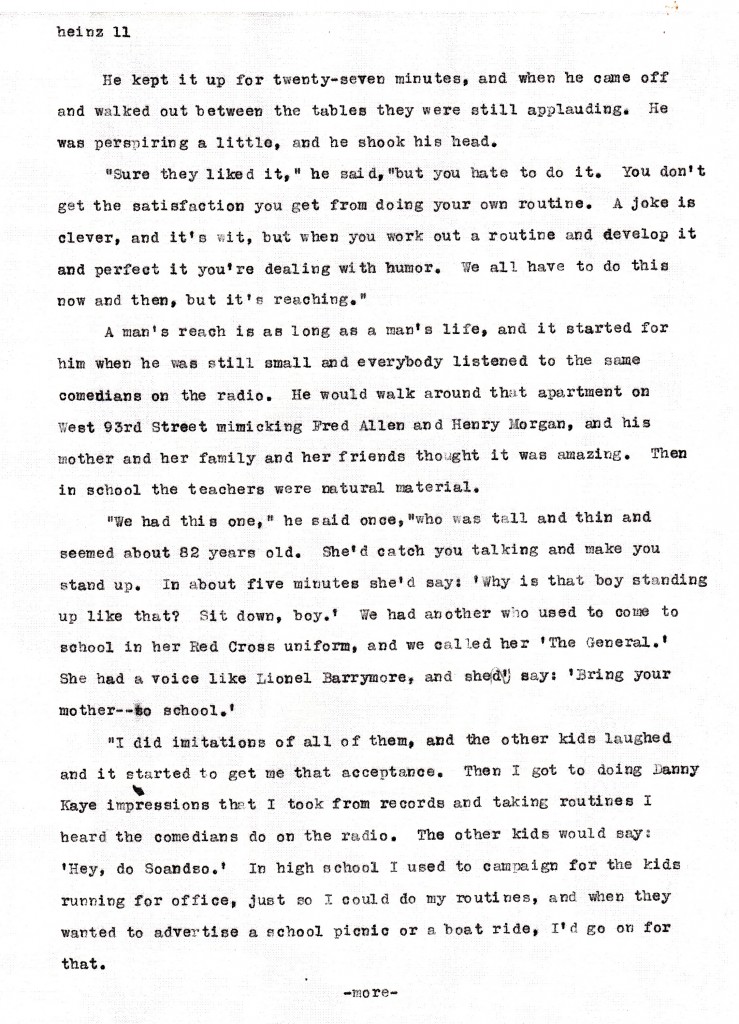 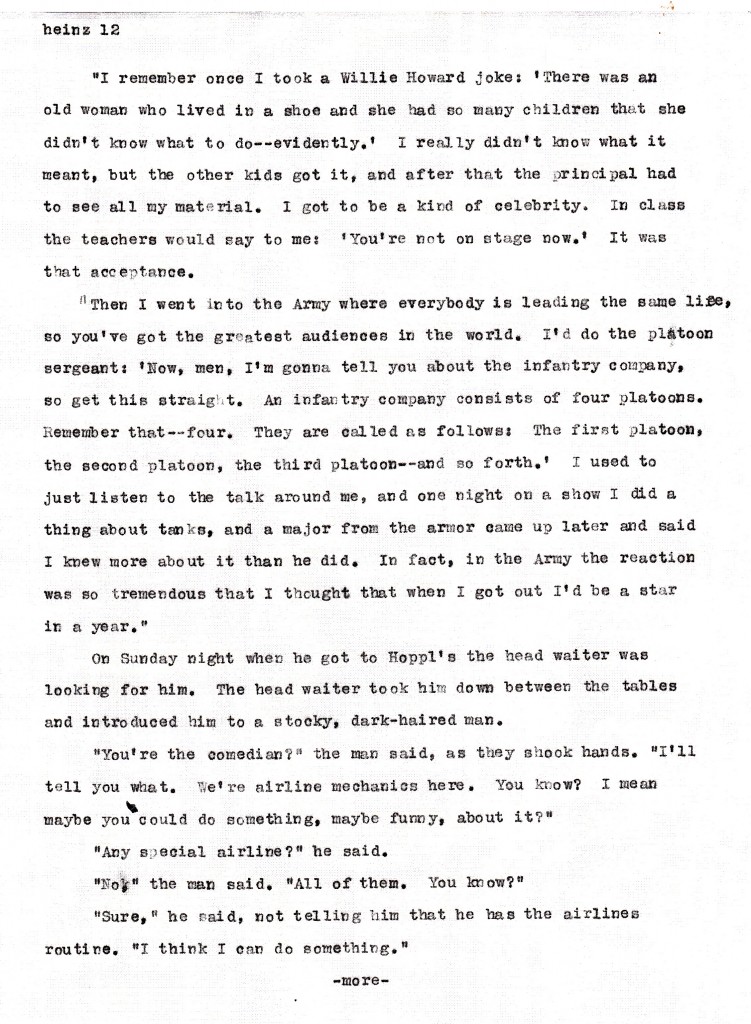 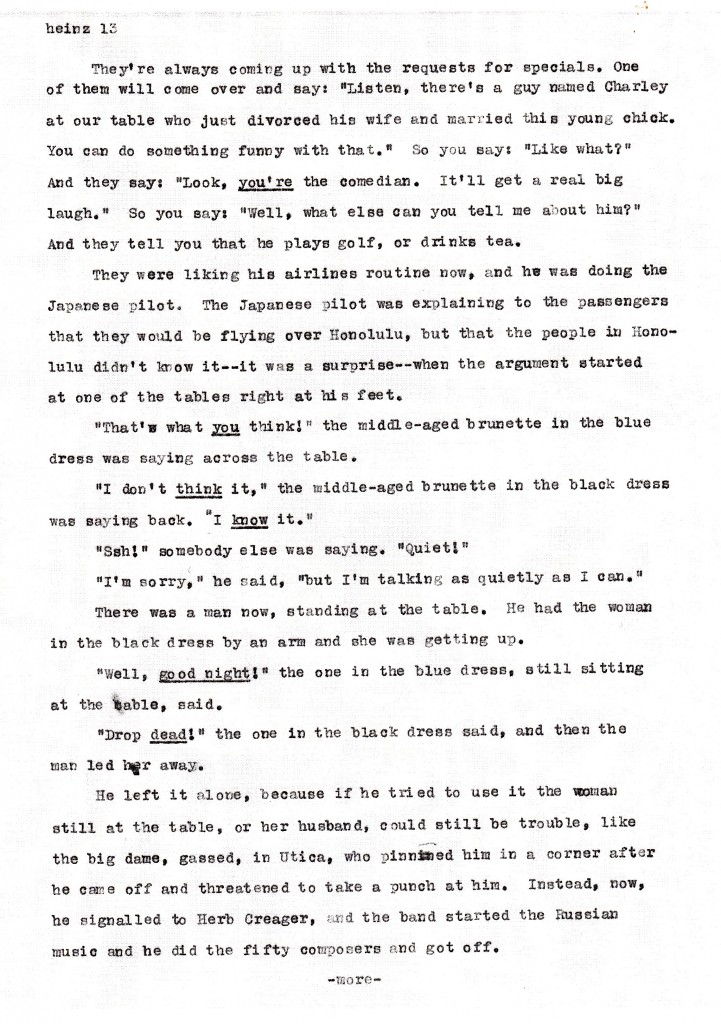 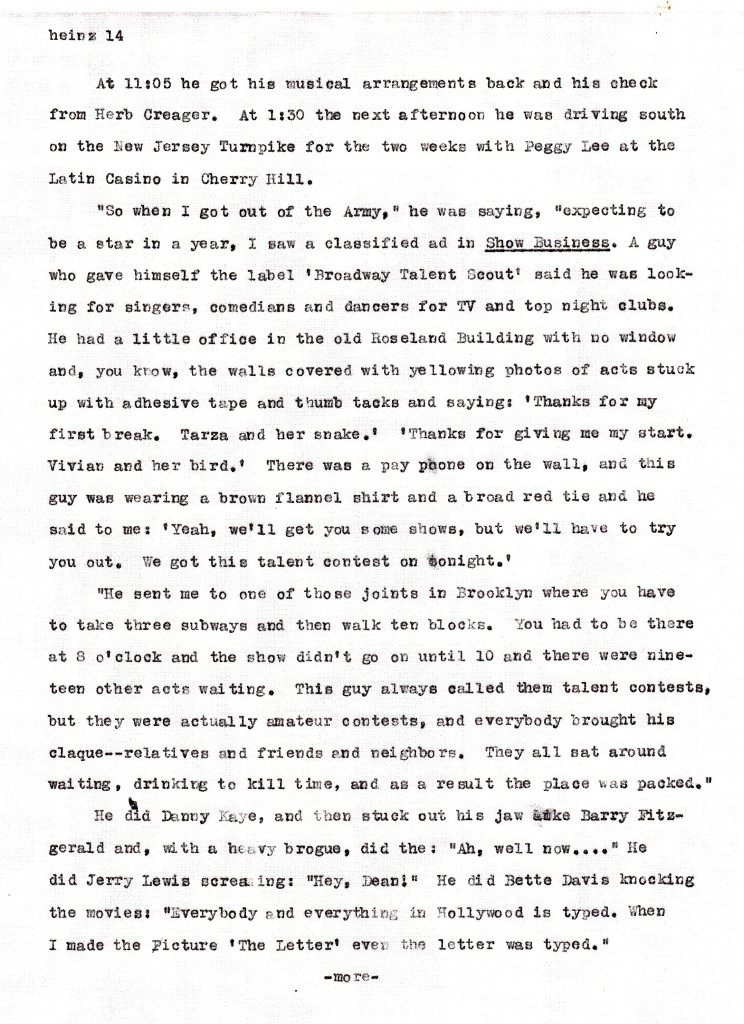 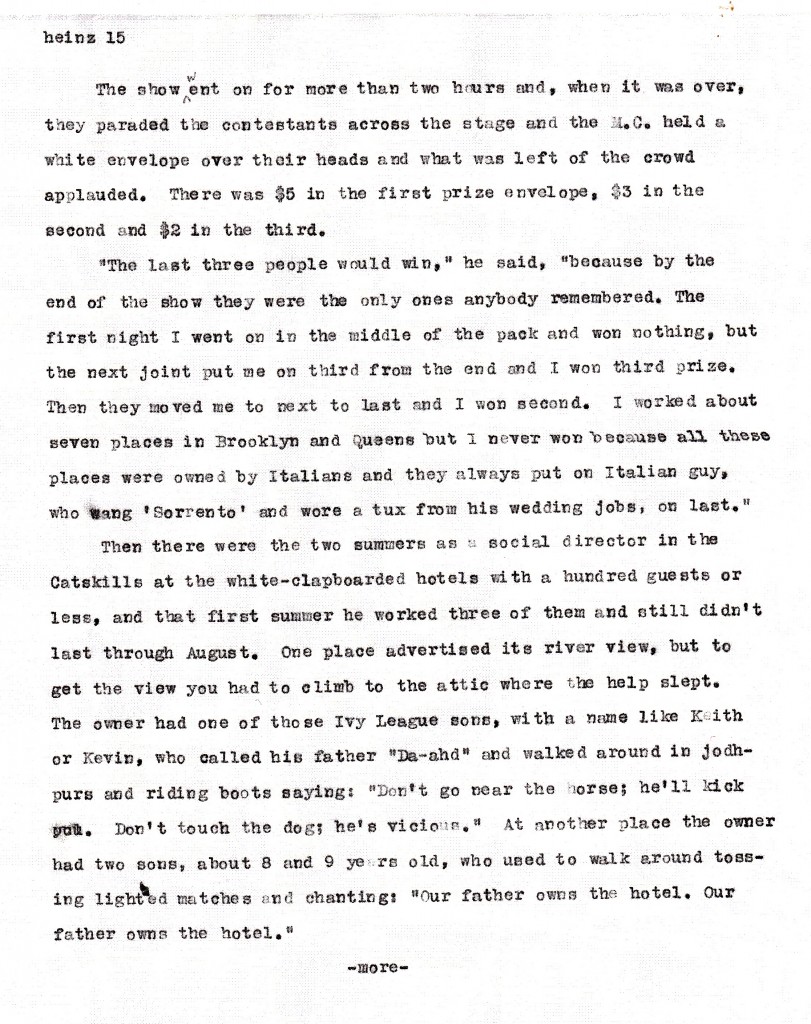 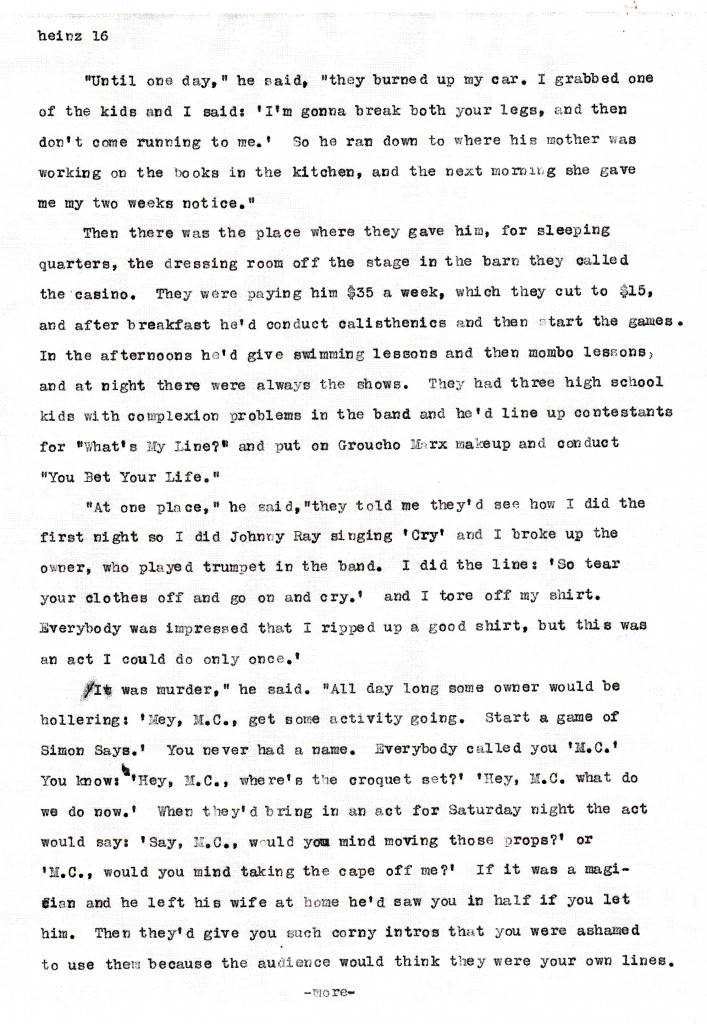 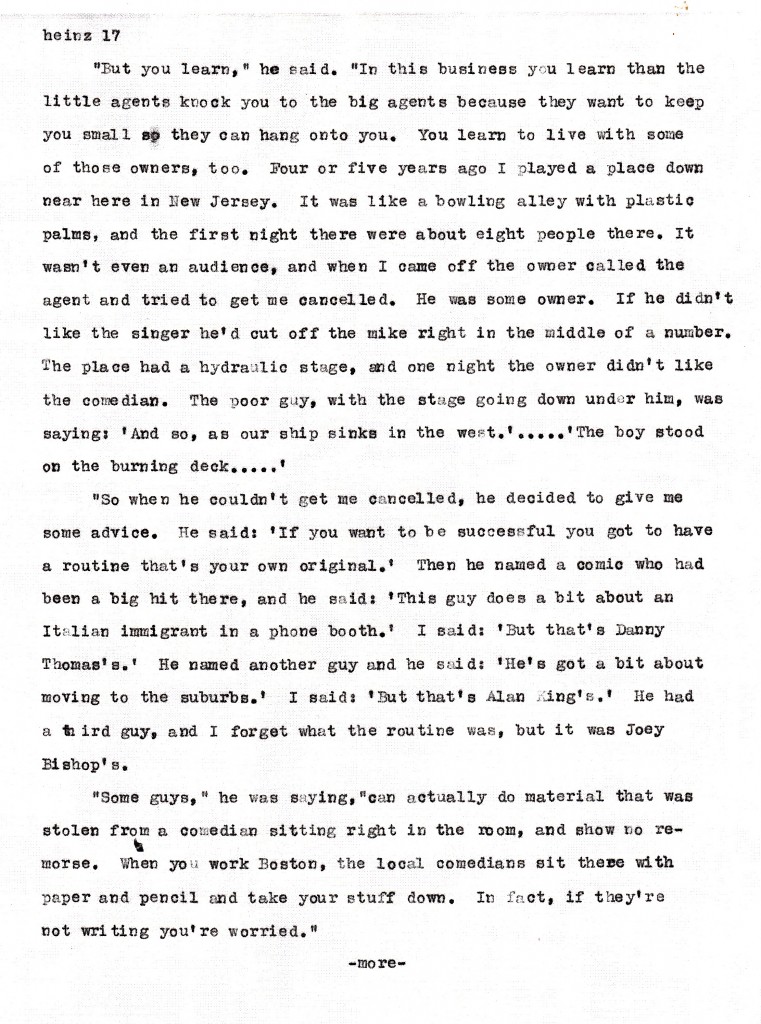 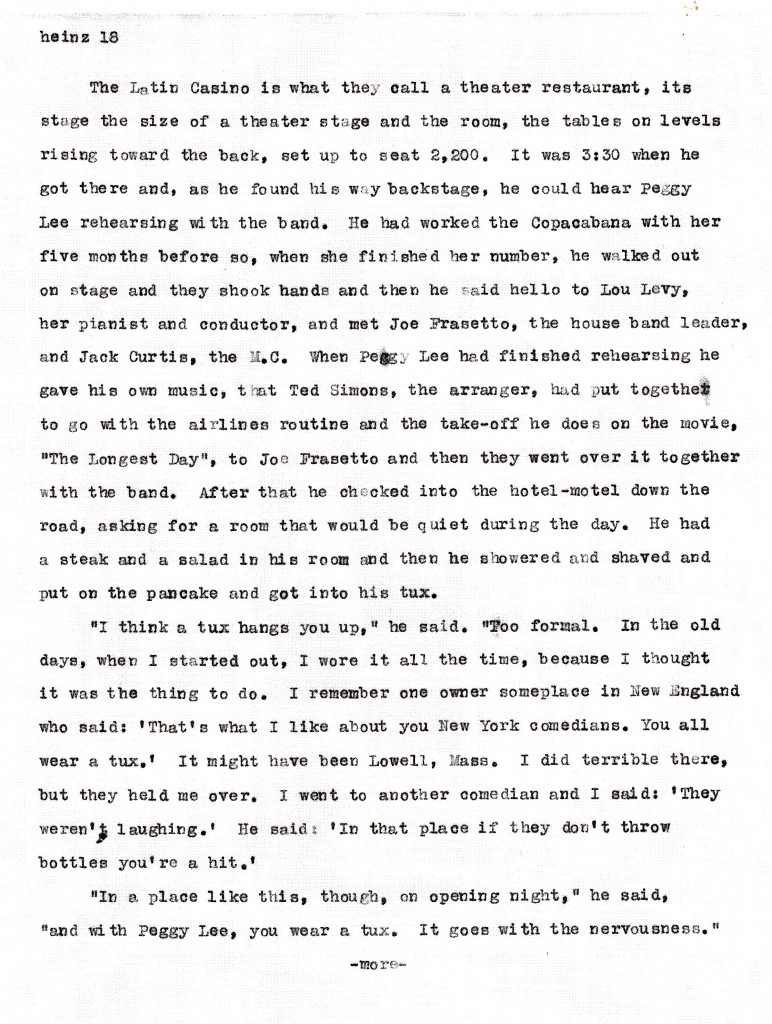 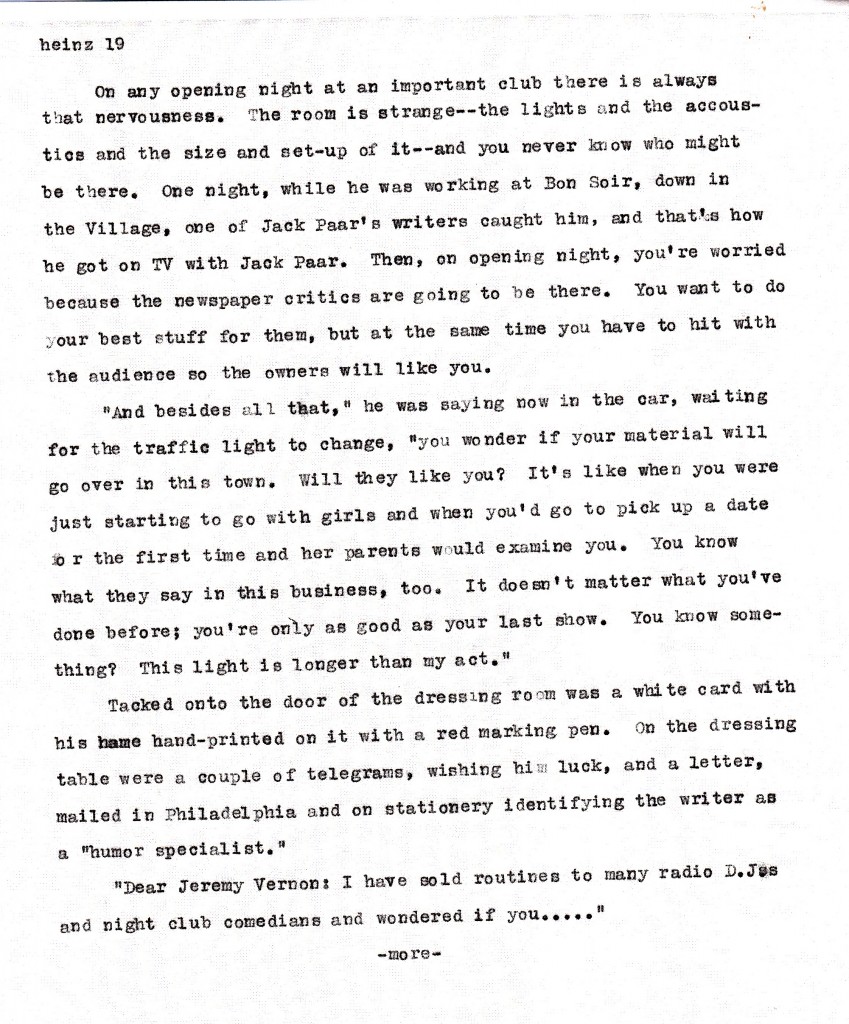 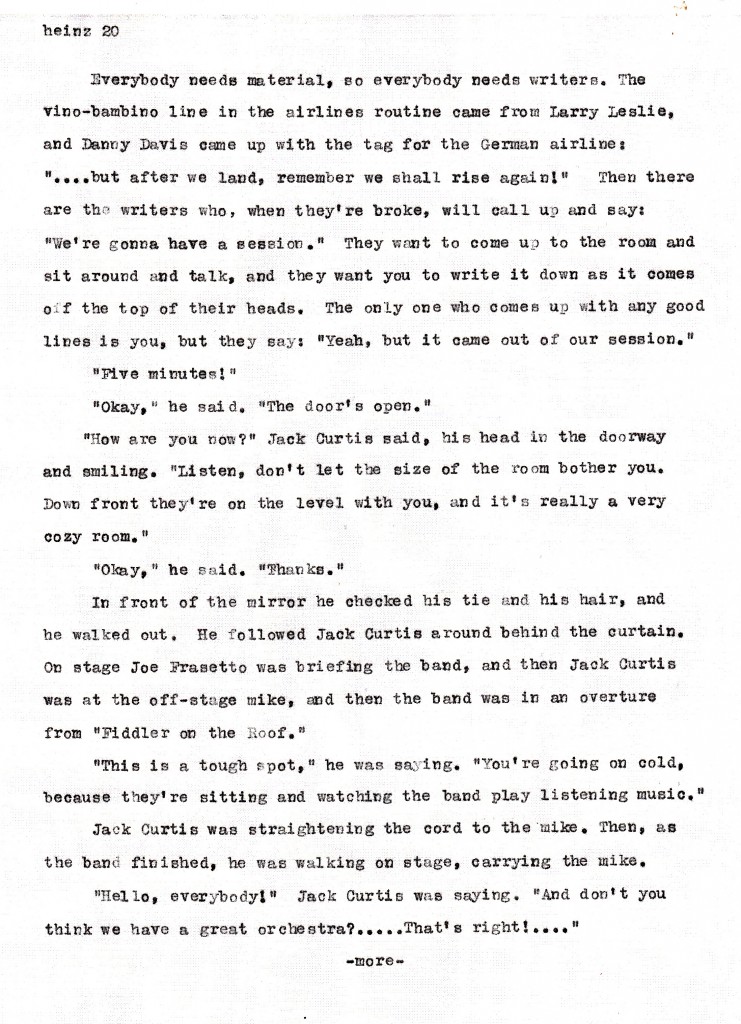 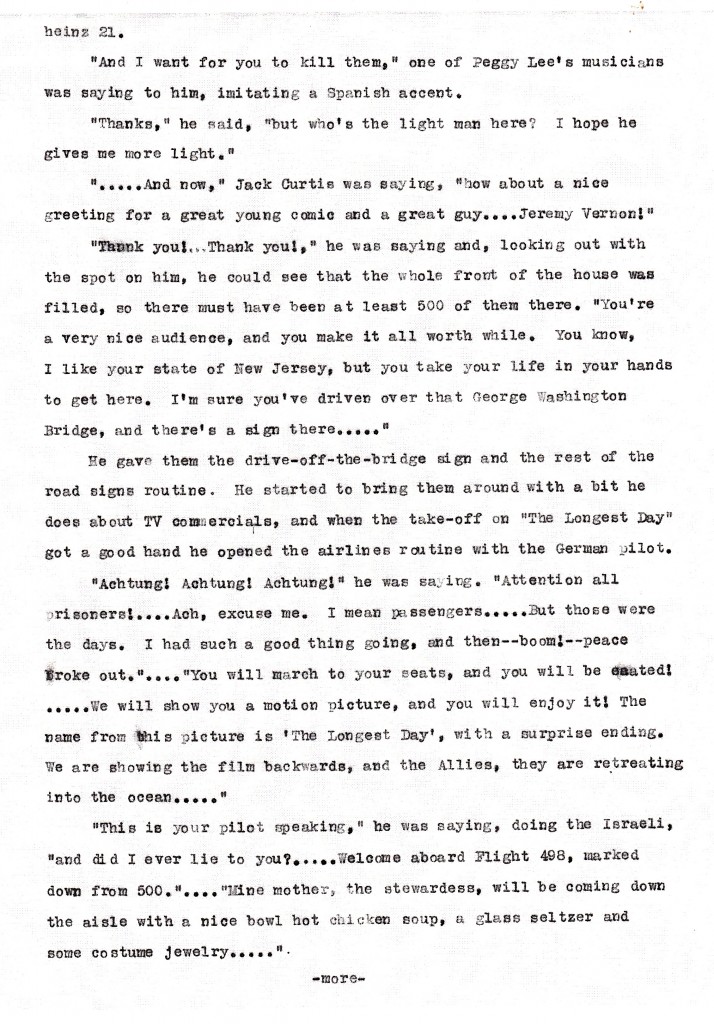 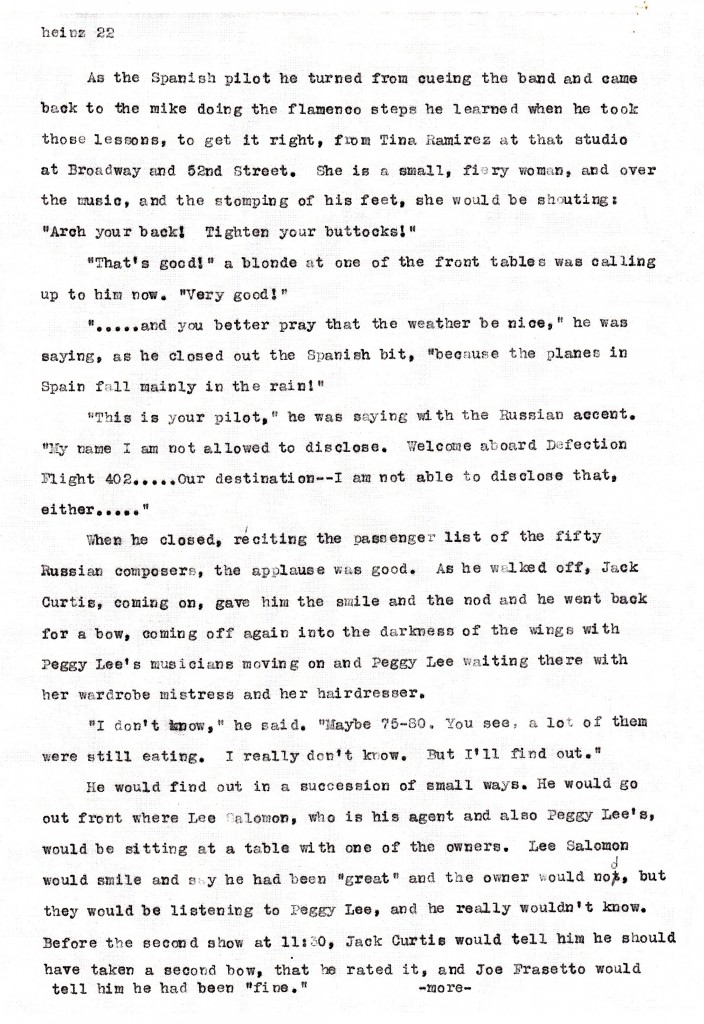 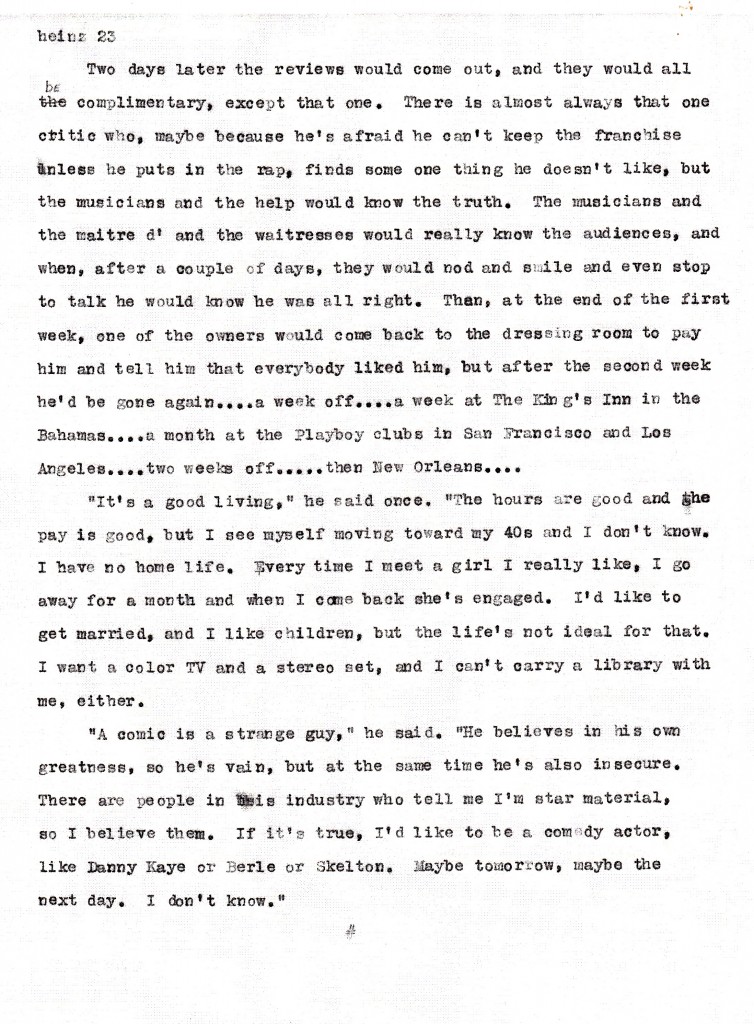 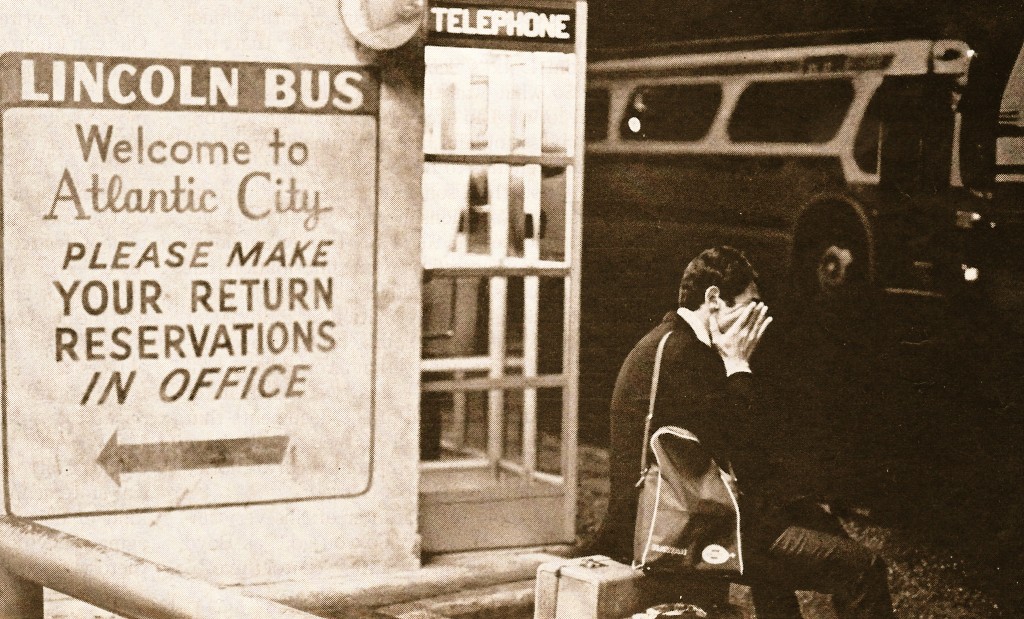 A few weeks ago, I received the following e-mail from Jeremy Vernon:

Unfortunately I can’t tell you a lot about Bill, except that I very much enjoyed his company and working with him. He was a warm, gentle man (perhaps, somewhat surprising to me, for a sports figure) extremely considerate and tactful, and his questions were well thought out, intelligent and he dug deep.
He took notes rather than using a tape recorder during the interviews, which were casual, btw, at purely random times, it seemed.

Bill followed me to Cherry Hill, NJ where I was appearing with Peggy Lee at the Latin Casino. He was with me for about 5 days, I believe. The band leader appeared to be soused or otherwise whacked out, and Bill kindly eschewed mentioning it in the article. Between shows I took Bill to see a nearby 2nd rate club I had working in my salad days, The Hawaiian Cottage, a pseudo-Polynesian “family” restaurant. The owner, Joe Zucchi (singular of zucchini?), treated me to a sandwich, but presented Bill with a bill for his food. Bill took it with a knowing, tolerant smile.

The way the article came about was that Bill had been given an assignment to write about a working comedian who was not a “name.” He contacted the William Morris agency, who directed him to the late Corbett Monica (who wasn’t late at the time), and me. I was appearing at the Copa, with Miss Peggy Lee. Bill said he chose me over Monica, if memory serves, because I was less well known, which he found a richer source for a story. Hey, this was some 44 years ago. Possibly Bill found me less slick and unassuming. 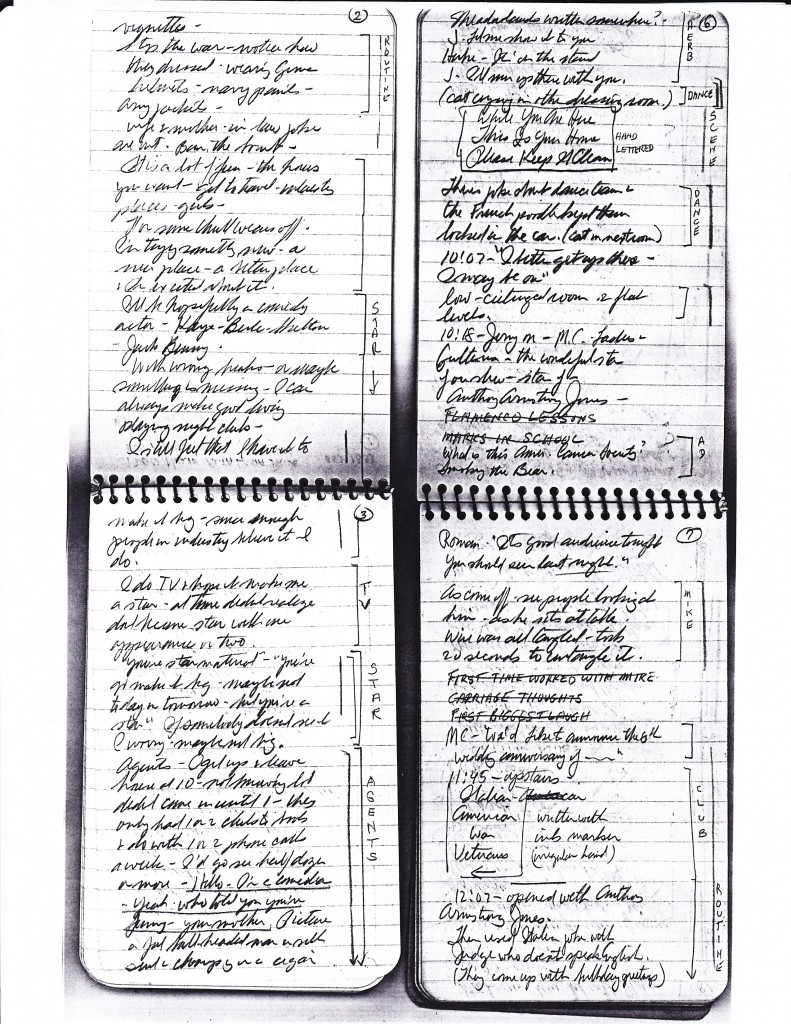 For more W.C. Heinz here’s Part One, Two, and Three.