< Bah Humbug      Basketball Jones (And Other Such Cravings) >

Funny Name for a Man…Ruth 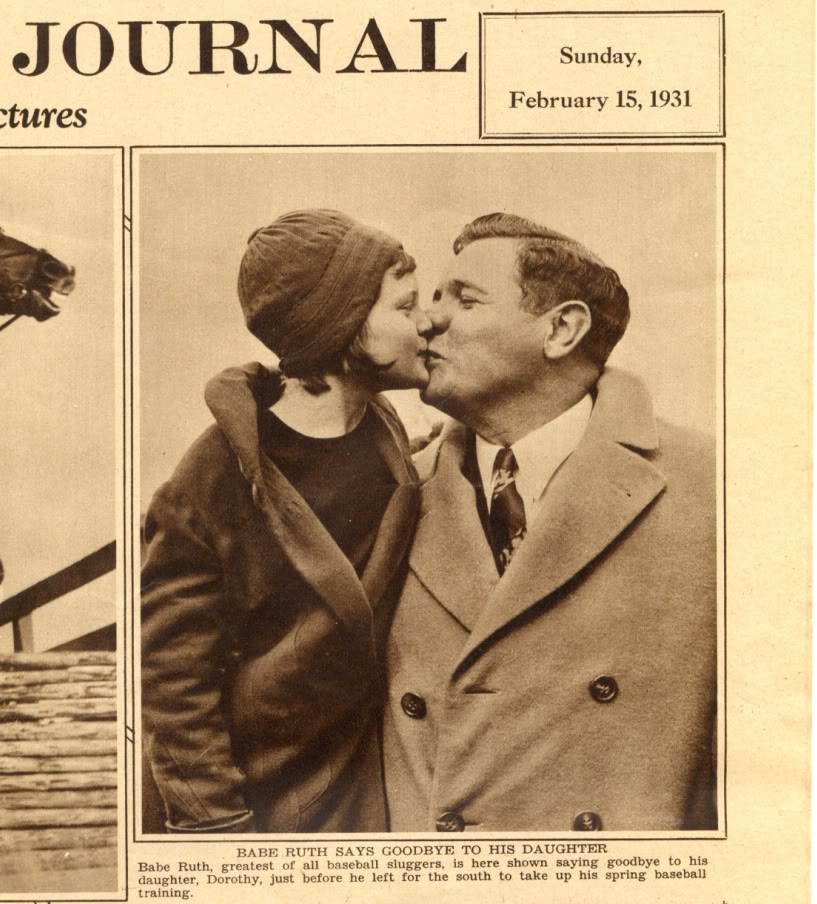 Over at Grantland, Jane Leavy has a long piece on Babe Ruth’s daughter, his last surviving relative:

He was the Babe, the Bam, the Big Bam, and the Great (and Bulby) Bambino (or Slambino); the Barnstorming Babe, the Bazoo of Bang, the Behemoth of Biff and Bust; Blunderbuss, and the Modern Beowulf. He was the Caliph and Colossus of Clout and Club, the Circuit Smasher and Goliath of Grand Slam, Homeric Herman and Herman the Great. He was the High Priest of Swat, and before that the Infant of Swategy. Also: the Kid of Crash, King of Clout/Diamonds/Swing, and, until Roger Maris, Hank Aaron, and the steroid marauders came along, the Home Run King. He was the Maharajah/Mauler of Mash, the Mauling Menace, Mauling Monarch, Mauling Mastodon, as well as the Mastodonic Mauler, Bulky Monarch, and Monarch of Swatdom; the Prince of Pounders, Rajah of Rap, Sachem of Slug, and Sultan of Swat; Terrible Titan, Whazir of Wham, Wali of Wallop, Wizard of Whack. And, not to be outdone, Damon Runyon added: “Diamond-Studded Ball-Buster.”

The priests at St. Mary’s Industrial School, the Xaverian reform school on the outskirts of Baltimore to which he was consigned at age 7, called him George. The parents who didn’t visit called him Little George. The boys incarcerated along with him called him Nigger Lips. The Red Sox called him the Big Baboon and sometimes Tarzan, a name he liked until he found out what it meant. The Yankees called him Jidge.

Julia Ruth Stevens, his sole surviving daughter, calls him Daddy. Odd as it is to hear a nonagenarian refer to a man 60 years gone as Daddy, it is also a tender reminder of the limits of hyperbole, how grandiose honorifics obscure the messy, telling details of an interior life.

To others he is a brand, an archetype, a lodestar. His shape is ingrained in our DNA. His name recognition, 96 percent, is higher than any living athlete. (His Q score, a measure of how much the people who know him like him, is 32 percent compared to 13 percent for today’s average major leaguer.) And yet, as well-known as he is, the most essential biographical fact of his life, one that demands revisiting what we thought we knew, one that Julia assumed everybody knew, remained unknown.