< Fighting and Drinking with the Rats at Yankee Stadium      Color By Numbers: Saving the Best for Last > 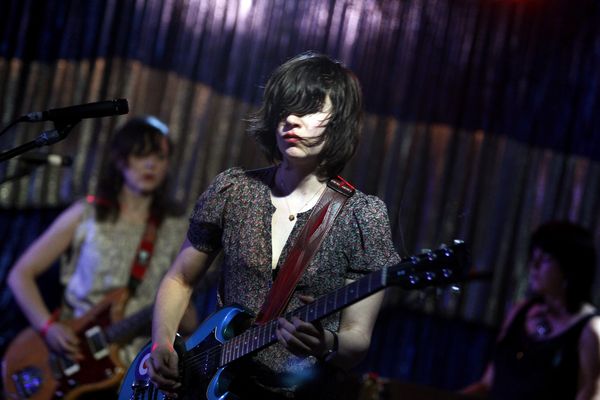 I have not watched “Portlandia” and am not familiar with the music of Sleater-Kinney but I thought this profile of Carrie Brownstein by Margaret Talbot in The New Yorker was excellent:

Brownstein doesn’t see the contradictions in her work that other people do. Her sexy, roiling presence onstage is one side of her, her wry social portraits on “Portlandia” represent another side, and neither has much in common with her modest, cerebral, nonperforming self. Brownstein said that when playing rock music she’s always conscious that she’s performing; she remains fully in control, no matter how chaotic it looks. “Onstage, I can stop on a dime,” she said. Lately, the “Portlandia” characters had “been seeming more akin to who I really am,” she added. “Or maybe it’s just a safer place for me to go. With music, I get to a much darker place. Where I’m able to go with ‘Portlandia’ has a wider range, but also a brighter range.” Ideally, she’d like to keep her music side and her comedy side separate; she doesn’t really want people to be thinking about her onscreen goofiness when she’s tearing it up with Wild Flag.

Touring with the band kept her away from Portland for most of October and November. But she went home for Thanksgiving, to see her dogs, to take long walks in the mossy, gray-green woods, and to see [Fred] Armisen, who flew in from New York, where he’d been filming “Saturday Night Live.” I e-mailed Brownstein to ask how her holiday had gone. She recalled stopping at a dog park with Armisen. Because it was the real Portland, “the weather was horrible—rainy, windy, cold.” She wrote, “I told Fred he could stay in the car. But he insisted on joining me out on the wet, muddy grass, tolerating not only the elements but a typical dog-park lady who overshared about her pair of jacket-clad whippets. When I saw Fred bundled up in his parka, wearing his brand-new R.E.I. hiking boots, I felt so happy and lucky; there are very few people for whom Fred—a classic New Yorker, not a nature guy at all—would brave the outdoors.

“The dinner itself was spent with the Goldfarbs, a family I’ve sort of adopted as my own; I spend all my holidays at their house. In the decade that I’ve known them, even when I’ve been dating someone, I never bring anyone over. I prefer to keep things separate; perhaps I’m bad at sharing the scant amount of family that I do have, or fearful of giving someone a glimpse of the few people who really know me. But Fred is someone whom I deeply trust, he’s already an extension of what I’d call family.

“We drove home late and I dropped him off at his hotel. Sometimes I get confused and think, Are we supposed to kiss goodnight? But, the truth is, I don’t want us to kiss, I want us to teach each other how good it can be to stick around.”

Great read. For years, Carrie's blog on NPR was a favorite of mine.

Sleater-Kinney was another favorite of mine. I was initially more of a fan of the songs dominated by Corin Tucker (they generally share vocals on every song) and her incredible warble, but I grew to enjoy Carrie's work just as much later on.

If you are interested, here's a great song from Sleater-Kinney that showcases Carrie a bit more. It's called Modern Girl.

1) Very cool. Thanks for the hook-up, man. I thought it was interesting that Carrie and Fred said that they do not do well with intimacy, or with relationships, and so they've enjoyed a productive creative and personal relationship that is platonic.

I'm fond of Portlandia. Never dug Sleater-Kinney but maybe I should revisit ... It's been a while.