The Gift That Keeps Giving 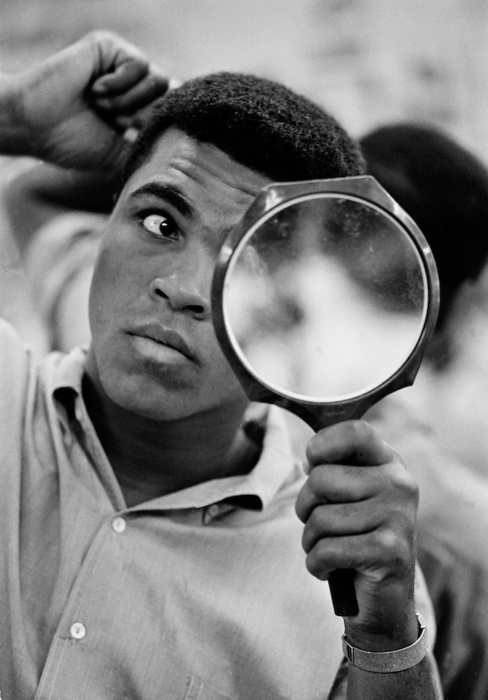 From a wonderful, in-depth interview with our man Schulian by Pete Croatto, who runs a great site:

Yes, Ali was unspeakably cruel to Frazier in the build-up to their fights, calling him “a gorilla” and, worse, an Uncle Tom. But no one ever said Ali was perfect. He was as flawed and complicated as any other human being, with his mean streak and his public philandering and, for all I know, his snoring. He may not have been a Rhodes scholar, either, which was a point Kram hammered relentlessly. But somehow Ali always managed to find his better self when the occasion demanded it. Rising out of a business in which men are paid to destroy each other—Ali-Frazier III is a classic example—he performed acts of charity, bravery, and self-sacrifice. Some were high profile—opposing the war in Vietnam, championing black pride—while others were small personal gestures, like financing soup kitchens or building homes for poor families. Ali may have been acting on instinct instead of intellect in some cases; in others he may have seen his selfishness morph into something good. Who knows what was going on inside his head? All I can say is that I saw him do far more good than bad, and when he was done, he had become far more than a heavyweight champion. He had become a great man.

It seems anticlimactic to say he was great to cover, too. A writer’s dream. He was funny and irreverent and brash and, when the occasion called for it, humble and sensitive. There weren’t many people in the sports media whose names he remembered—Howard Cosell, naturally, and Dick Young and George Plimpton, whom he called “Kennedy”—and yet the media flocked to him because they knew that when he was around, something was going to happen. He might trade insults with Bundini Brown, the shaman of his entourage, or back up a prediction with a goofy poem. When he took a vow of silence before his first fight with Leon Spinks, he slapped a piece of tape across his mouth—and even then he was more interesting than anyone who was talking.

I could go on and on, but you get my drift. Ali was a once-in-a-lifetime subject for a sports writer, maybe for any kind of writer. I know he was that way for me, and I always prided myself in saying the story came first. But he made me care about him in a way no other athlete did. It was his charm, his courage, his audacity, his greatness in the ring. When I saw Larry Holmes destroy him in Las Vegas, it was like watching an execution. It was the worst night of my life as a sports writer, and I’m sure I’m not the only one who feels that way. I felt bad for myself, of course, because I knew I wouldn’t be writing about him for much longer. But I felt worse for Ali because of the way he’d been beaten. Even though Holmes did what he could to hold back, he had to keep fighting until Ali’s craven manager, Herbert Muhammad, told Angelo Dundee to stop it. By then Ali had been damaged in a way he will never get past. All these years later, the memory still haunts me. Maybe that’s the measure of just how special he was.