Color By Numbers: Will Youth Serve the Yankees? 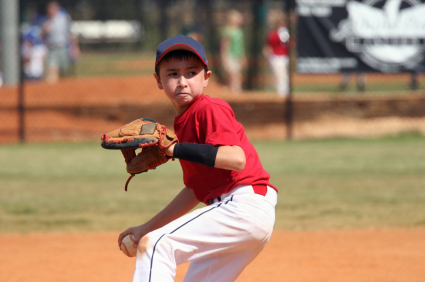 Now that A.J Burnett has been forced to walk the plank, the 2012 Yankees’ starting rotation has begun to take its final shape. Although Joe Girardi has promised a battle between the veteran Freddy Garcia and one-time top prospect Phil Hughes for the fifth slot, the young right hander seems to have the inside track. Then again, Hughes isn’t really that young any more, at least not by the standards of the Yankees’ 2012 rotation.

If Phil Hughes breaks camp as the fifth starter, he’ll no longer be the baby of the staff. Along with Ivan Nova (25) and Michael Pineda (23), Hughes would give the Yankees three starters no older than 26, providing a youthful complement to the 31-year old CC Sabathia and 37-year old Hiroki Kuroda. At an average age of 28.4, the 2012 rotation would represent the team’s youngest starting staff since 1995 and fourth youngest in the last 30 seasons. 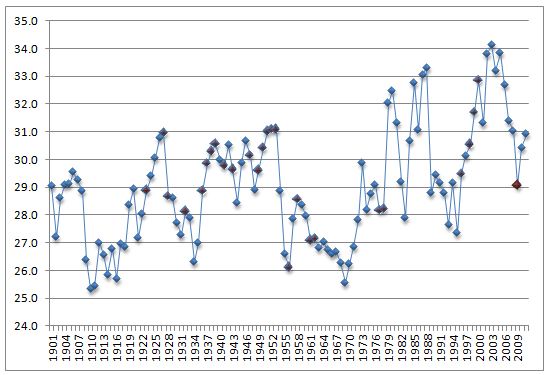 *A weighted average based on the number of innings pitched as a starter only.
Note: Red data points indicate years the Yankees won the World Series.
Source: Baseball-reference.com

Sometimes the best laid plans go astray, so there’s no guarantee that the Yankees’ rotation will retain its youthful appearance throughout the entire season. After all, in 111 years, the Yankees have only had 25 pitchers start at least 30 games before their age-27 season, so, it would be remarkable if the team had three in 2012. Should Pineda, Hughes, and Nova all reach that plateau, however, it would be only the second time in franchise history that a trio of young pitchers accomplished the feat. The only other occasion took place in 1966, when Al Downing, Fritz Peterson, and Mel Stottlemyre combined to start 97 games. However, that group went a dismal 34-42, and the team lost 89 games. So, needless to say, Brian Cashman is probably banking on greater success from his trio of young starters. 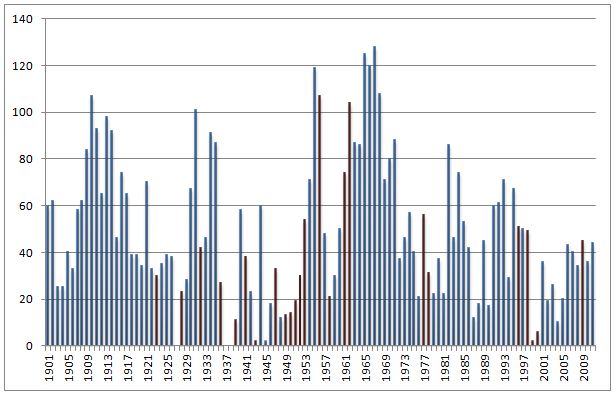 The chance of Hughes, Nova, and Pineda all surpassing 30 games started is probably slim, but even if the barometer is lowered to 25, the 2012 rotation would still become only the sixth in franchise history to have three pitchers age-26 or younger qualify. What’s more, with at least 75 starts from the baby faced trio, you’d have to go all the way back to 1982 to find another season in which more games were started by pitchers no older than 26 years.

For most of the past decade, the advanced age of the Yankees’ rotation has been looked upon as a concern, but the team has enjoyed considerable success with older starting pitchers. In fact, in 2008, the only recent season in which the Yankees failed to make the playoffs, the team tried to inject youth into the rotation with Phil Hughes and Ian Kennedy (Joba Chamberlain joined the starting staff in June), but a combination of injuries and ineffectiveness limited the trio to only 29 starts. That’s why there should be at least a little trepidation about entering this season with such an inexperienced rotation. Although the potential in the Yankees’ young starting staff is encouraging (not only for this season, but beyond), the promise of youth is often broken. Besides, at the end of the season, the only stat that will count is the number of wins, not how games are started by the youngest members of the rotation.

Thanks for the cool stats William! It is certainly encouraging that the Yanks are getting younger on the starting front.

Perhaps part of it has to do with getting the payroll down too, and the new restrictions on international free agents?

The Yankees have always had the advantage of the checkbook and never really be in a rebuilding mode. It is admirable that they are able to field a competitive team year in and year out, but mostly it has been by paying the price with mistakes. They can afford to misfire on players like Burnett, Vazquez, and Pavano. It may be much more difficult going forward.

It will also be interesting seeing how they handle the lengthy contracts to the older players, especially ARod. Now with testing for PED's players aren't as productive as they are getting older. And unless MLB adds more DH spots to the lineup, they will have a few tough decisions (as will the Tigers) in who their DH is.