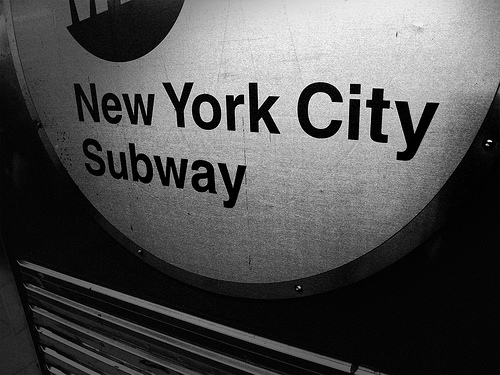 A mother and her two girls got on the subway this morning on the upper west side. I’ve seen them before. The mother has a long, narrow face with big teeth but she isn’t unattractive. The girls are maybe four and six respectively.

The mother had her hands full this morning. The girls shifted in their seats and the young one kept talking like an infant.

At one point, the two girls were seated across from each other. The older one turned her back on her sister and looked out of the window into the darkness. The seat next to her was open and an obese man sat in it. He took up more than one seat but there was still enough room for the older daughter. Barely.

Her sister saw this and said, “That woman is too big.”

The mother told her to be quiet. But she said it again, loud enough for the man–who was not wearing headphones–to hear: “That woman is too big.”

The man’s expression remained blank. The mother turned the little girl around and distracted her with baby talk.