From Harvey Araton’s entertaining new book,”Driving Mr. Yogi” (which can be purchased at Amazon) here’s an excerpt to make you smile: 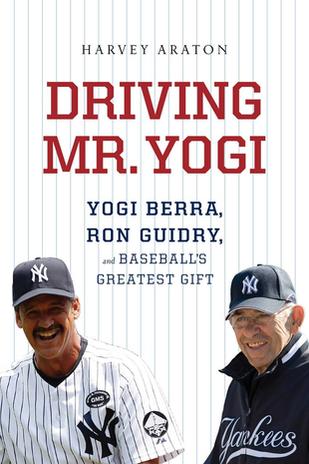 The first harbinger of spring — or spring training — at the home of Ron and Bonnie Guidry was a telephone call from Yogi Berra.

“You get the frog legs yet?” Berra would ask.

Too late, Berra was already in serious countdown mode for the next Guidry frog fry extravaganza. It seemed like only yesterday that Berra had looked askance at Guidry’s beloved delicacy, like it was tofu wrapped in seaweed. It had actually been years since Mel Stottlemyre had bragged one spring training day about hunting frogs in the Northwest and cooking them himself. Guidry, with all due respect, was obliged to inform him that he hadn’t really experienced frog legs until he’d had them Cajun-style, or straight from the Guidry family cookbook.

Guidry returned to his apartment that evening, fried up a fresh batch, and the next day passed them around the coaches’ room. He offered one to Berra, who immediately made a face.

“Yogi, I’ll tell you what, if you don’t try one, we’re not going to supper tonight,” Guidry said. 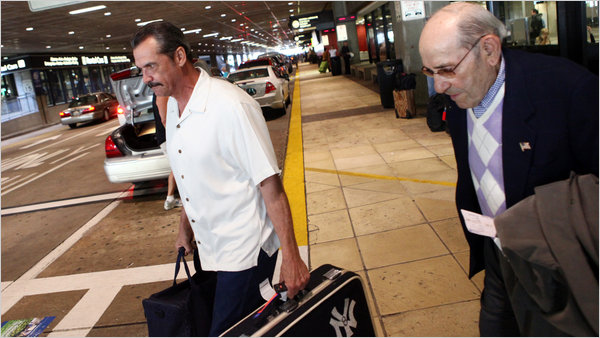 Was he serious? Probably not, but if Berra knew one thing about Guidry, it was that he was proud of his Cajun culture and cuisine.

Yogi wondered if he was in some way hurting his friend’s feelings. So he finally gave in, picked one off the plate, and gave it a nibble. Lo and behold, it was delicious. He wanted another, and as the years rolled by, he would continue to fi nd a place in his diet for something no conscientious doctor would have ordered for a man in his eighties.

Following treatment in the seventies for an arrhythmia, Berra assiduously watched what he ate. He avoided cholesterol-heavy breakfasts, pushed away most desserts with a dismissive “too fattening,” and made sure that the Progresso soup prepared for him at his museum almost daily and specifically at noon by the museum’s faithful business manager Bettylou O’Dell was low in sodium. 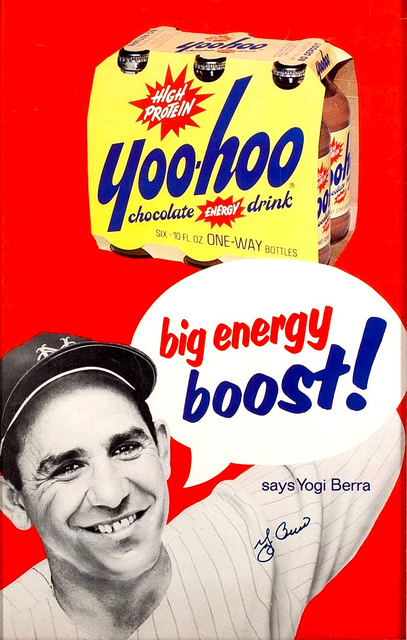 He had even long ago disassociated himself from the Yoo-hoo soft drink that he had made famous in the fifties and sixties (by chiming in a commercial, “Me-he for Yoo-hoo!”) because he objected to the preservatives that had changed the drink’s texture and flavor. If he relaxed his calorie counting, it was usually at dinner, especially at big family dinners, where everyone down to the youngest of the Berras was taught that the heels of the long Italian bread were reserved for Grandpa. Berra’s favorite dish was tripe — the stomach tissue of cows and a peasant staple in the old country — but he enjoyed a fairly wide range of gastronomic fare that occasionally didn’t agree with him.

For instance, he liked to munch on hot peppers right out of the jar. It was another habit that Carmen wanted him to break — except it turned out that Guidry, who used peppers to spice up his Cajun cooking, was Berra’s main supplier.

“I’d have them with me in spring training, and then when he’d go back to New Jersey, he’d tell me to send him a batch when I got back to Louisiana,” Guidry said. When Guidry would comply, he would get a call from Carmen asking that he stop sending the peppers. When he didn’t send them the next time Yogi asked, he’d get a call wanting to know where the peppers were. “Either way, I had one of them fussin’ about the damn peppers,” he said with mock resignation.

After so many years of sitting across the table from him at one Tampa establishment or another, Guidry could probably expound on Berra’s culinary preferences better than anyone but Carmen. At the very least, he could discuss them like a comedian working his monologue.

“When we go to the Rusty Pelican, that’s a seafood place and they have swordfish, which he loves, so he gets that all the time there,” Guidry said. “When we go to the Bahama Breeze, he likes the black bean soup, and with that he’ll have the seafood paella or the barbecued ribs. Four times out of five, he’ll have the seafood, but let’s say we have been to the Pelican the night before, well, that means he’s already had seafood, so he’ll get the ribs.

“Now Fleming’s is the steakhouse, so that’s what he gets there, and then at the Bonefish he has to have the sea bass. Then after he moved into the Residence Inn, he went one night to eat with Carmen at Lee Roy Selmon’s, which is right next door. So he tells me the next day, ‘Hey, it’s not bad.’ The guy recognized him, sat him at a nice table, everything was fine. OK, so now we got to go to Selmon’s, and there he gets the meatloaf. But since he’s been at the Residence Inn, where they put out a spread in the evening, he also keeps a list on the door of his refrigerator that tells him what they’ll be serving. If he likes something he’s had before, he’ll say, ‘On Tuesday, I’m going to eat in the hotel.’ ‘OK, that’s good, Yog.’ ”

No Tampa meal, however, was as anticipated and as fussed over as Guidry and Berra’s “Frog Legs Night,” which by the end of Berra’s first decade back with the Yankees had taken on the ritualistic weight of Old-Timers’ Day.

Before leaving for Tampa every spring, and after being badgered by Berra, Guidry would pack about two hundred legs into the truck, having purchased them inexpensively (about $200 for a hundred pounds) in Lafayette, where they are plentiful and sold year-round.

From the same vendor, he would buy a mixture of fl our and cornmeal seasoning in a gallon jar.

“They’re so simple to fix,” Guidry said. “You got the egg batter, the fry mix, dip ’em in the batter, throw ’em in the frying pan.” From the frying pan, the frog legs would be transferred to paper towels, to soak up some of the grease. It took about ten minutes to cook up a batch of forty legs.

Guidry would ration his supply so that it would last throughout spring training. He would prepare some for the more adventurous players looking for a break from the standard clubhouse fare. Jorge Posada was a longtime fan. CC Sabathia joined the club when he came on board in 2009. Guidry would also invite two or three buddies over on one of his first nights in town and playfully have Goose Gossage dial New Jersey to let Berra know what was on the menu that night.

“Yogi, we’re over here at Gator’s, and we’re eating all the frog legs,” Gossage would say.

That was enough to set Berra off. “There’d better be some goddamn legs left when I get down there,” he’d growl. 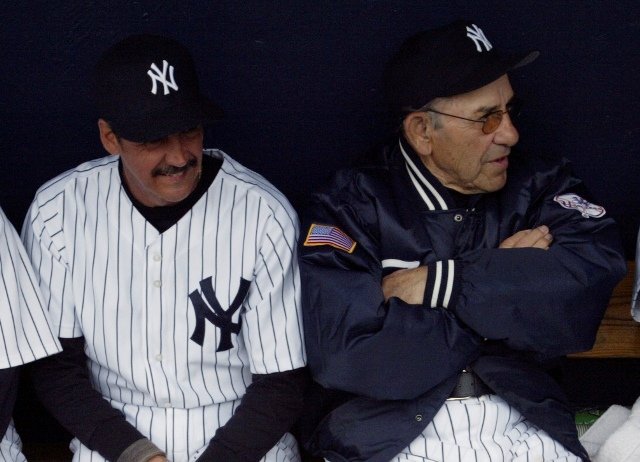 I love Berra and Gator.

What a treat Spring Training with the Yanks must be? Having living legends all over the place, and some amazing stories I am sure. Thanks for sharing this one Al and Harvey!

It reminds me of the original Muppet Movie with the Frogs Legs hunter. Poor Kermit!