He Threw a Trip on the Ace Now He’s Out, Son 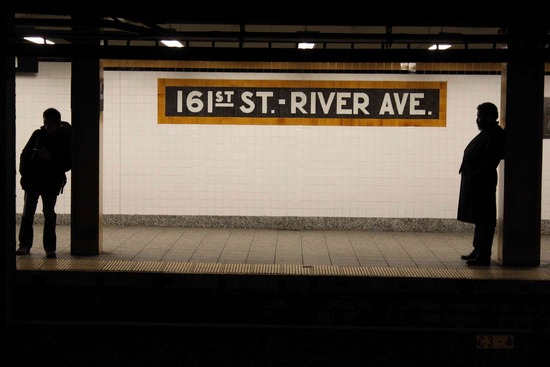 Robinson Cano hit the first pitch he saw into the seats tonight. A misplaced fastball was good for a two-run home run, and with it went any dream of consecutive no-hitters from Johan Santana. The next inning, Cano hit the second pitch he saw, a hanging slider, into the right field seats and the Yanks were out to a 4-0 lead. Nick Swisher followed and he ripped a home run to left, and not wanting to be left out of the festivities, Andruw Jones followed that with a bomb of his own.

It was enough to get the Yankee dugout fired up–especially Mr. Swisher (jeez, settle down, Francis)–not to mention the Yankee fans in the seats. It sure was more than enough for Hiroki Kuroda, who was terrific, throwing seven shutout innings. He allowed just a single base hit and that didn’t come until two out in the sixth.

Kuroda’s night ended on a strange play. Daniel Murphy hit a line drive that caught Kuroda’s foot and shot up in the air to Alex Rodriguez who made the catch to end the seventh. Kuroda had the foot wrapped and was sporting crutches after the game. Perhaps he could miss a start. He had x-rays and they were negative.

Just about everything else for the home team was positive.

I was just thinking. The call for 3 consecutive homers should be back-to-back and belly-to-belly, because if two guys are standing back to back the next in line would have to be belly-to-belly with one of the other guys.

Perhaps I think too much.

jesus just caught a no-hitter. 6 pitchers combined. millwood had a no-no thru 6, then had to leave due to a groin strain. close play in the 9th w/ speedy dee gordon at first...

i don't wanna talk about the last time a team was no-hit by 6 pitchers...

Man, Jete is dropping like a stone. When's he gonna get a day?

[3] Jesus was really stoked at the end. Good for him. Only the 10th combined no-no in history the Ms announcer said. Too bad they have the classic Mariners AAAA lineup again this year.

1. Daisuke Matsuzaka will start exactly one year after his surgery; Peter Abraham is confused about the anniversary in this story (he says Dice started a game a year ago).

2. It's Diane Firstman's birthday! I will be posting my exclusive interview later.

I haven't seen/heard from Diane on this site for a while. Is she still around?

[7] she's got a great thing going on over at espn; her own blog called value over replacement grit, which is part of the sweetspot network.

[8] Thanks for the link. And Happy Birthday to Diane. Through the link on her blog I found out that I share a birthday with Matt Holliday, Bobby Grich, Delino DeShields, and one of my favorite names ever in baseball, Rance Mulliniks. I always believed that some type of spiritual connection with Rance existed...

7) She's still around but is too busy with her own site to contribute here these days. And I think she stops by to read on occasion but doesn't comment much. But she's still one of us, and we love her and wish her a heppy birfday.

Here is my (fake) interview with Diane. (It's also a puzzle.)

RIYank: Diane, is Kuroda's injury serious? Any broken bones?
DF: We say bruises.
RIY: We? Bruises? Why the plurals? Just one, right?
DF: Yes, was bruise.
RIY: What are you doing for a living these days, Diane?
DF: I bury seesaws.
RIY: Really? That doesn't sound lucrative. Who do you sell them to?
DF: Wise-ass buyers.
RIY: Oh, makes sense. How do you get the asses interested?
DF: We issue brays.
RIY: Right, right. All those donkeys -- must be Democrats, huh?
DF: Issues, be wary!
RIY: Okay, no politics. And what's on your schedule for the weekend?
DF: ...

(Unfortunately I could not quite catch Diane's reply to my last question.)

Hi gang ..... I am still alive. And yes ..... today (June 9) is my birthday. The blog IS going well, and I've written a couple of blog articles for the main baseball blog page at ESPN, as well as getting mentioned on Baseball Tonight a week ago.