< Taster’s Cherce      How to Gain Page Views and Infuriate People > 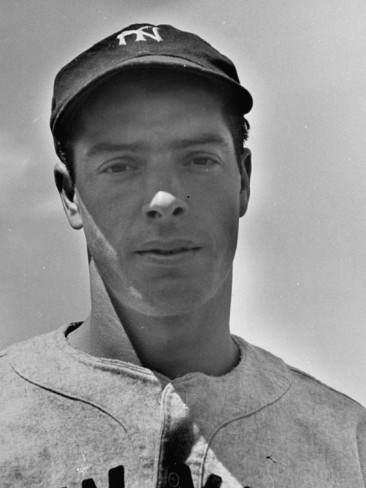 The Yankees rebounded from the previous day’s loss by beating the A’s 7-4. In addition to the win, which put the Bombers back into first place, both streaks were also extended. Charlie Keller’s seventh-inning homerun marked the twenty-third straight game the Yankees had homered.

The pressure on DiMaggio, who entered the game just two games shy of George Sisler’s modern-day record (by now Wee Willie Keeler’s 1897 streak of 44 straight had been re-discovered), was increasing daily. Most pitchers who faced DiMaggio during the streak took the match-up as a challenge, and tried desparately to get him out with their best stuff, but Philadelphia’s starting pitcher, Johnny Babich, approached this game with a different game plan. He had made no secret of his intention to give DiMaggio nothing to hit, no matter what the count or game situation.

True to his word, Babich pitched himself into a 3-0 hole with DiMaggio at the plate in the fourth inning. He then delivered what should’ve been ball four, a pitch several inches off the plate. Instead of accepting his walk, however, DiMaggio reached out and slashed a crotch-high line drive that narrowly missed Babich and then somehow sliced into the gap in right center for a double. The nation now looked forward to the next day’s action, when DiMaggio would have an opportunity to match and pass Sisler’s record in a doubleheader in Washington against the Senators.