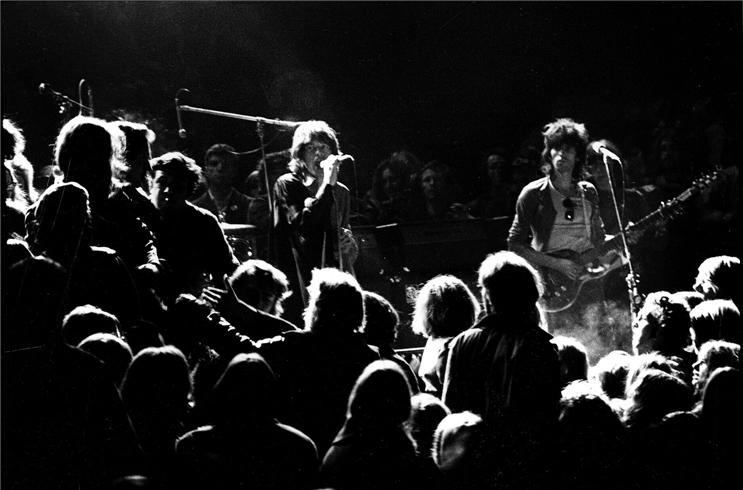 Ted Conover had a piece in the Times Magazine last week about a snitch. It was the latest impressive piece of work from Conover who has produced good articles for a long time.

A bunch of those stories can be found at Conover’s website, including this one: an appreciation of Dance With the Devil: The Rolling Stones & Their Times, by Stanley Booth:

He is strongest when writing about the music — the history of it, the business of it, and the experience of it. Booth’s believer’s passion results in all sorts of luminous insights into the enterprise: “The Stones’s show was not a concert but a ritual; their songs . . . were acts of violence, brief and incandescent.” And later, “Making love and death into songs was exactly the Stones’s business.” Booth tells a story in which “Each night we went someplace new and strange and yet similar to the place before, to hear the same men play the same songs to kids who all looked the same, and yet each night it was different, each night told us more.” He suggests that “In the sixties we believed in a myth — that music had the power to change people’s lives. Today people believe in a myth — that music is just entertainment.” He writes about what it was like backstage and what it was like in the audience, what it felt like when things really clicked and what it was like when they did not.

The backstage view is, of course, the main draw to a book like this, and Booth offers anecdotes intriguing, disgusting, and amusing. He writes about a comely woman in the studio audience during the taping of the The Ed Sullivan Show who does not succeed in getting taken advantage of: a minion picks a “big blond in buckskin” to visit the boys backstage instead. Booth writes of leaving the studio with a friend, “the pretty little girl in the brown outfit ahead of us, smiling, lucky to be left with her dreams.” He reports on how, a couple of days after a recording session, the Stones “made more money than they had ever made in one day by recording a television commercial for Rice Krispies . . . .” In one particularly delightful scene, Booth describes Jagger on his hotel bed after a concert, exhausted, eating Chinese food, and taking flack from others for his smelly socks:

Mick drew his feet up under him . . . and began talking to me about the future, where to live, what to do . . . . “I’ve got to find a place to live, got to think about the future, because obviously I can’t do this forever.” He rolled his eyes. “I mean, we’re so old —we’ve been going on for eight years and we can’t go on for another eight. I mean, if you can you will do, but I just can’t, I mean we’re so old — Bill’s thirty-three.” 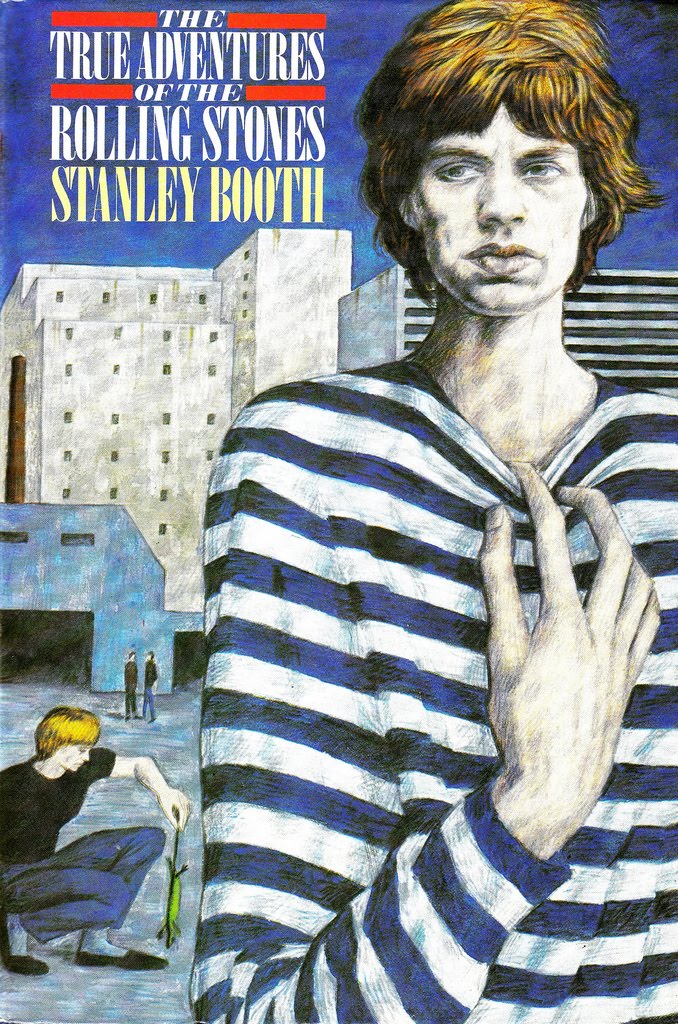 I'm almost finished with the Keith Richards bio, "Life". I think it's great, and Keith makes some surprisingly insightful observations. The evolution of the band is a who's who of rock and roll history, it's pretty astounding.

[1] I dug Keith's book, too. Booth's may be the best I've read about the Stones.

2) I knew this was in your wheelhouse. Okay, I'll order the book. Sounds like a classic.

I have a paperback copy, titled "The True Adventures of the Rolling Stones," (cover not like that picture). Believe the contents are the same, but I think Booth may have written a new foreword. It's mostly about the 1969 tour, interspersed with chapters about Brian Jones and the early days. I haven't read it in years, but I recall really loving it. Booth really "gets" the music and the culture behind the music that shaped the Stones. Lots of Gram Parsons in there too.

I found Ronnie Wood' autobio more enjoyable that Keith's - Keith seems to have many axes to grind - Ronnie just tells a story, one that is often self-depricating. Ronnie's book is really honest.

For fun, compare it to Ian Mac's book covering the same time.

I think "Life" is fantastic. His portrait of the early days and how he hooked up Mick, when they first started writing songs. The craziness of those first tours. No one else can tell those amazing stories. It's like he gave us a front-row seat to the making of history.