More Bounce to the Ounce

The Yankees were down 2-0 in the bottom of the first inning and Robinson Cano was at the plate, a man on base, two outs. Jerome Williams, in his first start since coming off the disabled list, threw a 2-2 fastball that tailed away from Cano. 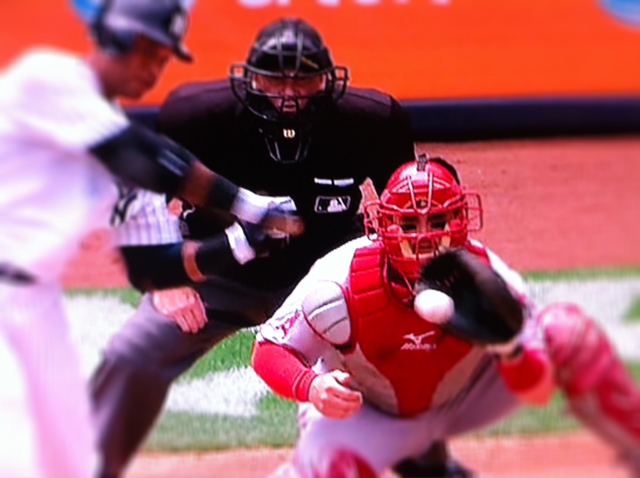 It was what they call a pitcher’s pitch. Not only did Cano swing at it and make solid contact, he drove the ball deep to left field. As fortune would have it, the ball landed on the top of the fence and bounced over the bullpen into the bleachers. 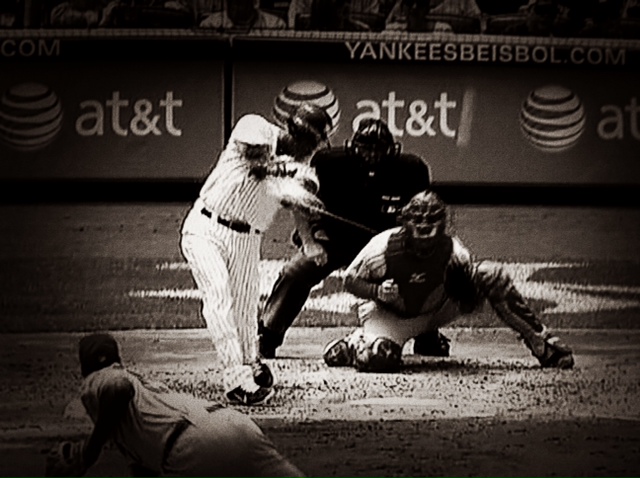 I don’t know how many left-handed hitters could drive a pitch like that out of the park to the opposite field–Joey Votto, of couse; who else?

I was reminded of something I once read by Tom Boswell about Don Mattingly in his book Heart of the Order:

For historical reference, the Musial analogy works [with Mattingly]. Left-handed hitter. Eccentric closed and coiled stance. Sprays the ball. Tons of doubles. Not too many walks. Hard to strike out.

“He doesn’t look like Musial, but he hits like him,” says Orioles manager Earl Weaver. “Musial was the best at adjusting once the ball left the pitcher’s hand. He’d hit the pitcher’s pitch. Williams was the best at making them throw his pitch. He didn’t believe in adjusting. If it wasn’t what he wanted, he knew enough to walk to first base. That’s why he hit .406.Once every coupla games, a Musial or Mattingly is going to adjust and put that tough pitch in play instead of walking and you’re going to get some extra outs. But he’s also going to drive you crazy by popping a perfect fastball on the fists down the left-field line for a double.”

Curtis Granderson hit a two-run homer later on, Cano singled home Alex Rodriguez in the sixth (more good luck as his ground ball up the middle knocked off second base), Freddy Garcia was decent and the bullpen was even better. Rafael Soriano struck out Mike Trout (three hits) in the ninth and got Albert Pujols on a check-swing strike zone to end the game.

(1) Donnie Baseball. We'll speak about Robbie that way down the line.

King Felix..man, wish the M's would come calling with trade ideas for him.

[2] [4] Why was Bill James weighing in on Peterno in the first place? I don't get it. He's an advanced statistician for a baseball team in the AL East. Yes, he changed the game, but wtf?

what did bill james say about JoePa? link please! thanks.