A Victim of (Pomp and) Circumstance 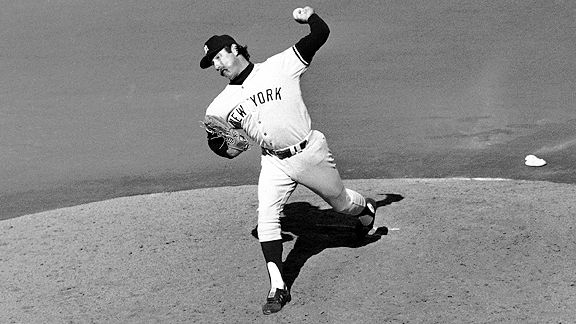 Head on over to Deadspin and check out Alan Siegel’s funny story about Sparky Lyle and the birth of  entrance music for closers:

“The organization probably wasn’t ready for a rock song,” [Marty] Appel said. One of his friends was the son of David Carey, a studio musician who’d toured with Frank Sinatra. Appel described a typical Lyle entrance to the elder Carey and asked for advice. Carey recommended Sir Edgar Elgar’s “Pomp and Circumstance.”

The graduation march—known to ’80s and ’90s WWF fans as dearly departed “Macho Man” Randy Savage’s theme—was the kind of triumphant accompaniment Appel was looking for. And so, 40 years ago, the era of entrance music began.

When Yankees manager Ralph Houk signaled to the bullpen late in games, Appel would use binoculars to determine who was getting into the Datsun. Then, from the press box, he’d call organist Toby Wright’s direct phone line. If Appel said, “It’s Lyle,” Wright would slowly begin playing “Pomp and Circumstance.”

“As soon as the car pulled through the gate, the place started to get it,” Appel said. “It worked almost from day one.”