Cash Rules Everything Around Me 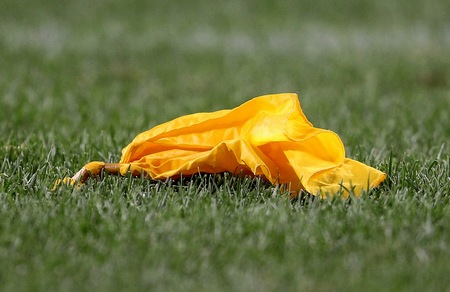 Over at Grantland, Charlie Pierce lights into the NFL:

ere’s what I think should happen. At the end of this farcical exercise in corporate avarice, and whenever he has determined that his ego has been sufficiently fluffed and his power sufficiently recognized throughout the land, commissioner Roger Goodell should take his entire 2012 salary and split every dime of it up among the players in the National Football League, because they are the ones he’s putting at risk and they are the only ones keeping the NFL from descending into a form of opéra bouffe that would embarrass roller derby. Sunday night, the New England Patriots and the Baltimore Ravens played a preposterously good football game, which the Ravens won, 31-30, on a walk-off field goal by rookie Justin Tucker, in a preposterous context that ended with New England coach Bill Belichick trying to grab the arm of an official as the ref ran off the field.

“I’m not going to comment on that,” Belichick said afterward. “You saw the game. What did we get, 30 penalties called in that game?”

Oh, yeah, the play that ended last night’s game was even worse.

Last night's was a tricky play. Simultaneous posession goes to the offensive player, the possesion is totally equivalent. Judging that equivalence is up to the refs. Seemed to me the defensive guy had the majority of possesion, but oh well. Sucks for the packers.